As a new player in the scene, Rockbar has managed to attract pretty good shows in the last few months. Considered a ‘B’ market, San Jose, CA is 30 miles from San Francisco, CA and a completely different world when it comes to Metal shows. Living between the two cities allows us to fully enjoy attending shows in both places.

With this two band bill and an all-ages admission policy, this show was set to be very packed so we set out to the venue to arrive a while before show start time. Unluckily, the venue decided to delay the opening of the doors for 30 minutes and DragonForce decided to go up 15 minutes before show start, making it quite an inconvenience for around half the people that didn’t even get inside the venue before the band started.

Always entertaining and showcasing their amazing musical abilities, Herman Li and Sam Totman were completely on point tonight delivering one of their best live performances we have seen from the band. Pummeling through a wide variety of tracks from their catalogue, the band did a great job in getting all people to go crazy and fully enjoy their music. We apologize for the so-so pictures as the Rockbar does not have a photo pit and the place was already packed full of people to allow us to get too close. 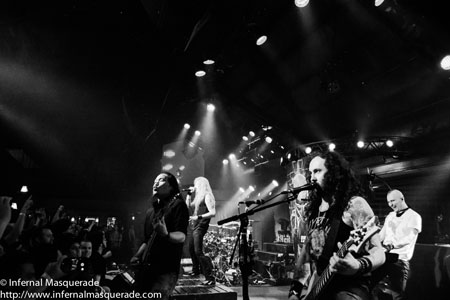 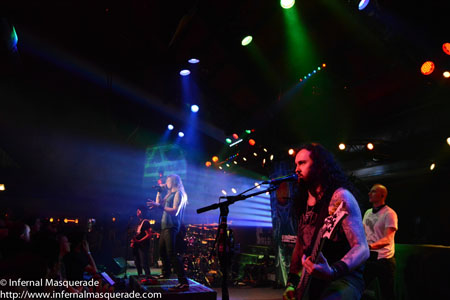 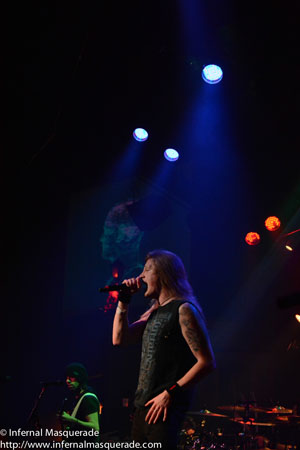 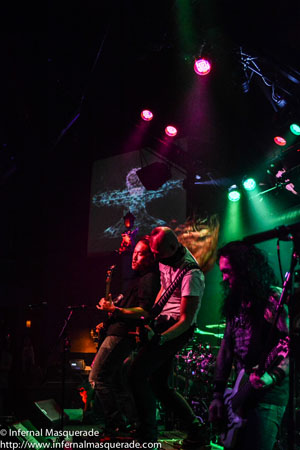 After the intense DragonForce set, the crowd remained in place for the headliner act. It is quite interesting as usually people go for one of the bands and then leave, but not tonight, they all liked both bands equally. With the crowd growing larger and larger in the small-ish stage area, Kamelot took the stage with their fans feverishly clamoring for the band. 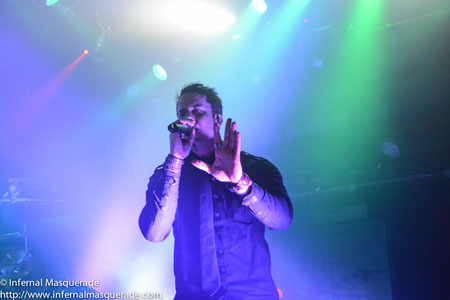 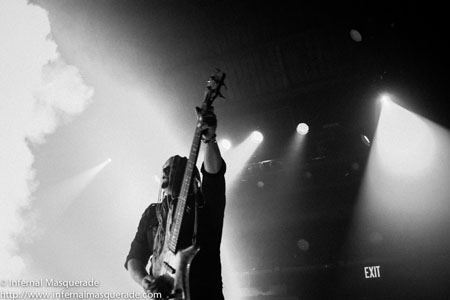 With great intensity and excellent execution, the band delivered quite a long set mixing showmanship and skill. Featuring Kobra Paige handling female vocals, the band has a magical stage presence that fully engages the crowd and a lightshow that perfectly highlights what is going on on stage. 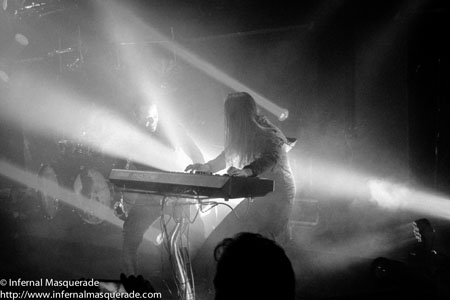 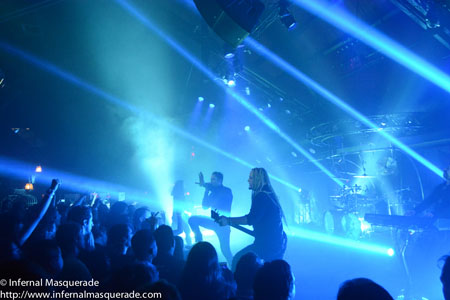 After a killer set, the band delivered an equally intense encore and sent the crowd on their way quite satisfied and blown away by them. We like to thank the people at Earsplit and Rockbar for their attentions in hooking us up for this show.