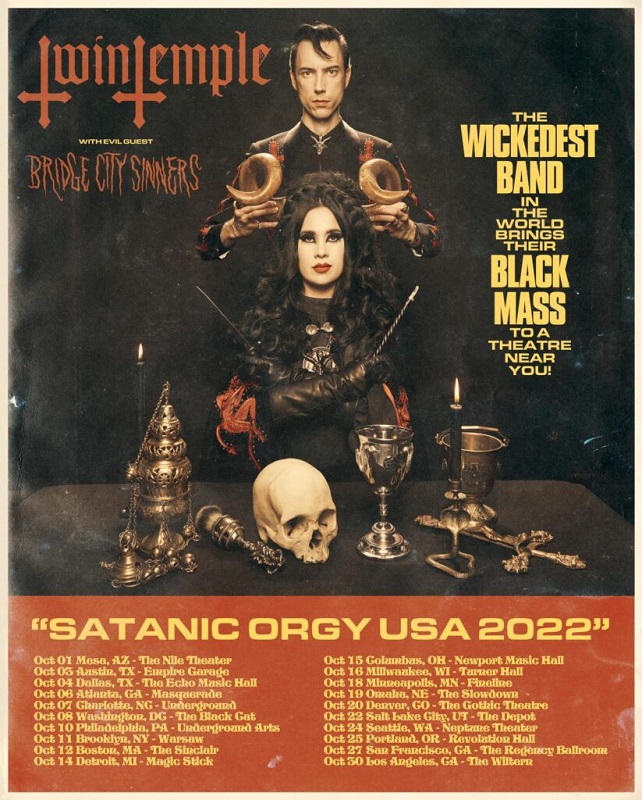 It’s been a while since we have attended two shows in one week, but this fall season in Atlanta has way too many great tour packages making their way through the city. As the second show of the week, Twin Temple and Bridge City Sinners made their way to one of our favorite venues in Atlanta: The Masquerade (Heaven). While not usually our traditional cup of tea, these two bands have unique styles that we wanted to experience live and neither disappointed with excellent and engaging sets.

Opening we had Bridge City Sinners, hailing from Portland, Oregon, this neo-folk/Americana outfit has a very lively and diverse sound perfectly led by their energetic lead vocalists: Libby Lux and King Strang, who also play banjo and guitars respectively. The band’s stage presence is quite dynamic, nicely engaging the crowd with their fast and playful songs. 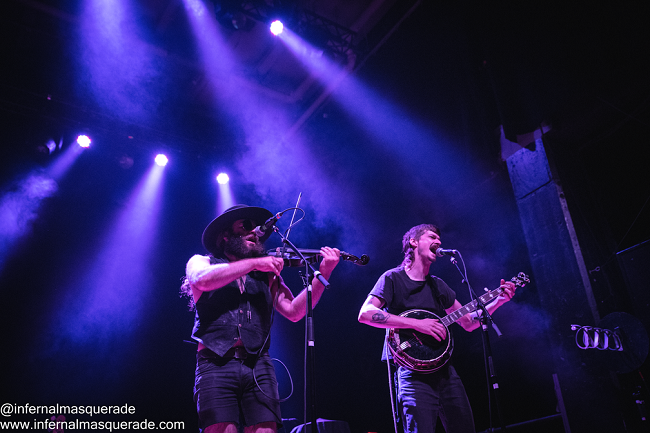 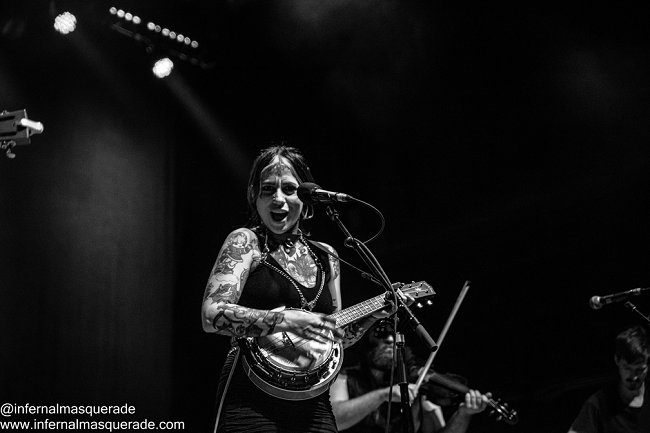 We don’t usually listen to this type of music, but the band’s live energy is contagious, particularly when you have a full on ensemble of dueling banjos, fiddle and a double bass all jamming in unison. We immediately got back home and found some of the band’s tunes to add into our very diverse daily playlist, and will surely try to catch them live again when they come through town. 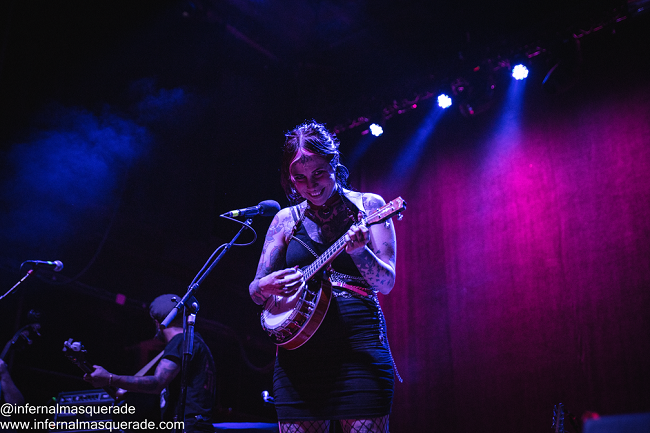 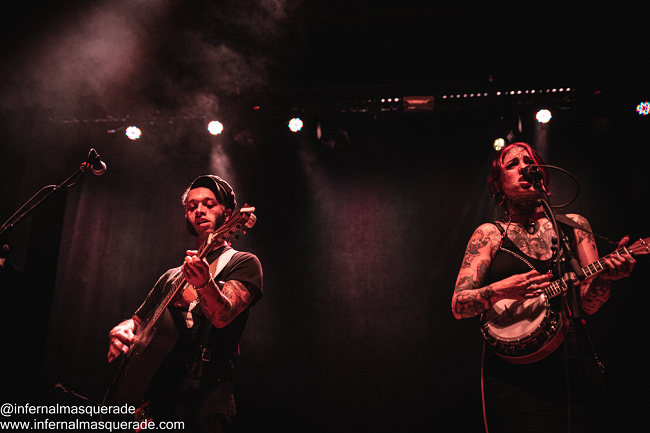 The vibe quickly changed to a darker and different tone as soon as LA’s Twin Temple came on stage and started their Satanic black mass. The opening ritual got the crowd immediately going and built up great momentum for when the band started playing. The band’s theme is far from a gimmick and it nicely engages with fans, particularly practicing Satanists and creatures of the night. 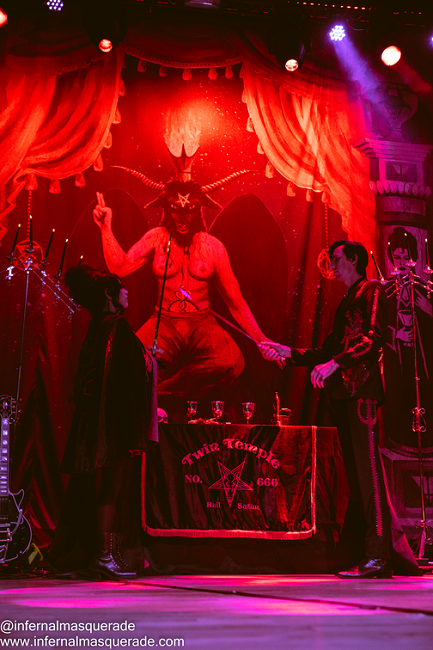 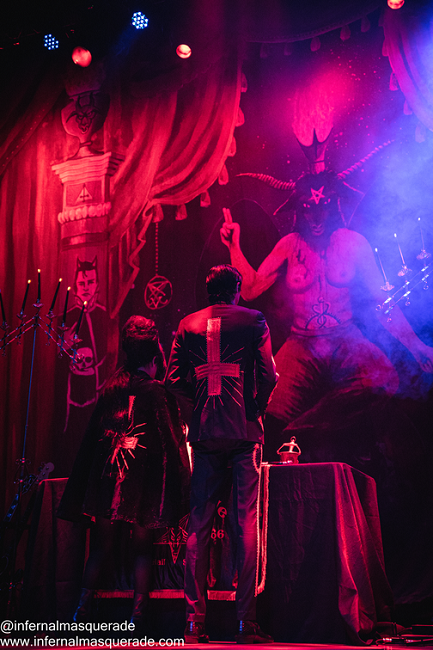 After the opening proceedings, the band’s Doo-wop/Rock music is quite a departure from our typical Metal genres, but one that works quite well and creates a very unique aura as not only the band was dressed up for this show. With that nice retro-vibe, the band’s songs instantly got people cheering and singing along, particularly when it was time to throw their devil horns up in the air. 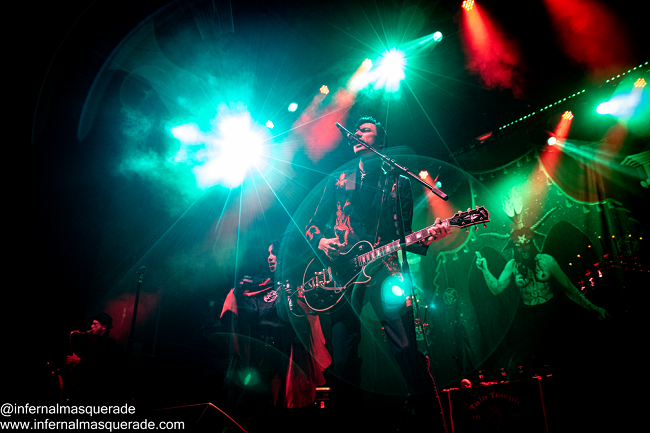 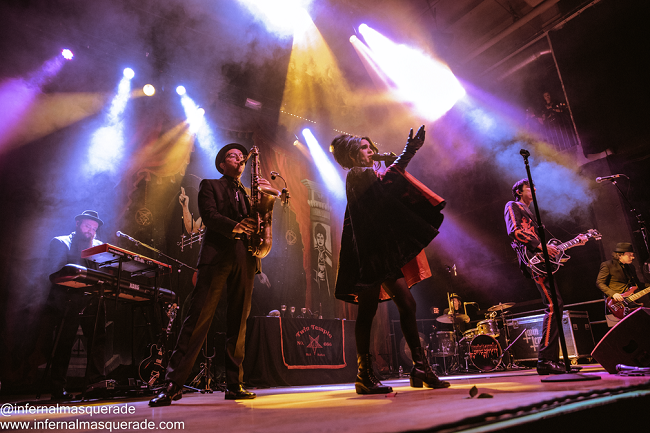 All in all, the band’s show is quite engaging and very entertaining, with superbly crafted tunes and a dark and sinister vibe. The band made new fans out of us that night and not surprisingly they have been well received by the Metal community as they have played big summer Metal festivals like Hellfest Open air earlier this year. We would like to thank Kristin at Nuclear Blast and the people at The Masquerade for making this coverage possible.