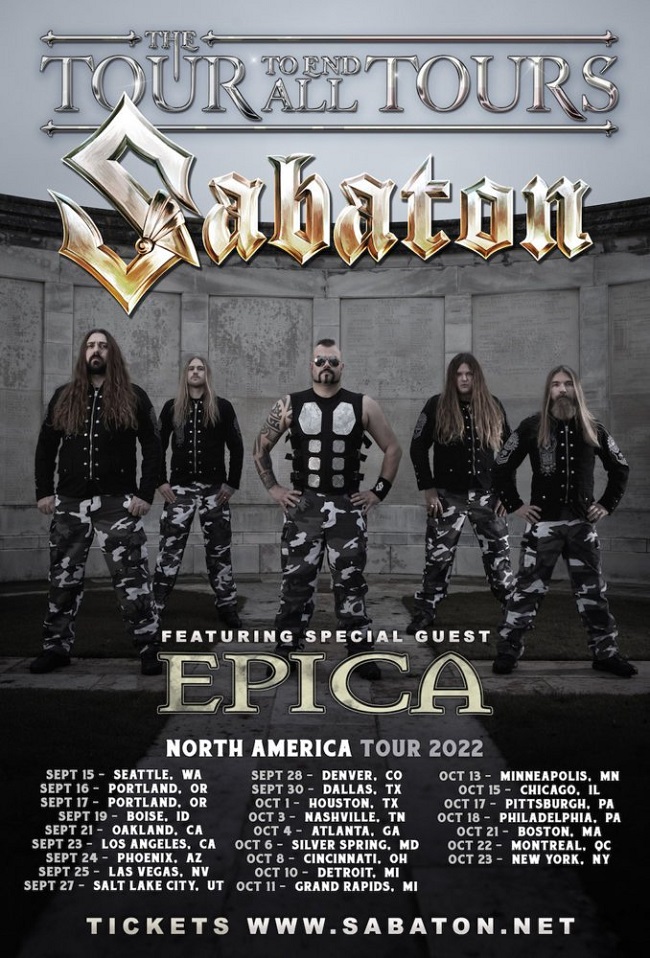 With live shows finally getting back to normal, one of the most impressive packages to come to North America in 2022 had to be the triumphant return of Sabaton on their The Tour To End All Tours with special guests Epica. We have been attending Sabaton's shows over the years since their support band days to their killer headlining tours. Epica has also had an equally impressive trajectory over the years, so seeing them both in a single show is a very unique opportunity.

The Tabernacle is one of Atlanta’s finest (and largest) indoor concert venues with killer acoustics and excellent staff, it wasn't a surprise that the show was sold-out well in advance. After arriving at the concert venue, it was quite evident that the show had very dedicated fans as we saw hundreds of both Sabaton and Epica t-shirts and great attitudes from their fans, who made it out on a ‘week night’ for such a killer show. 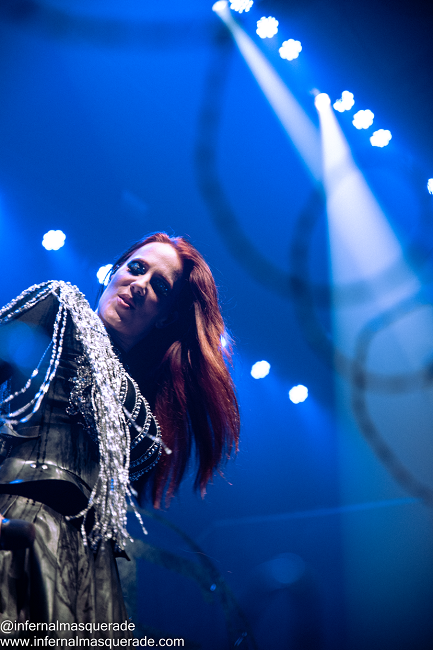 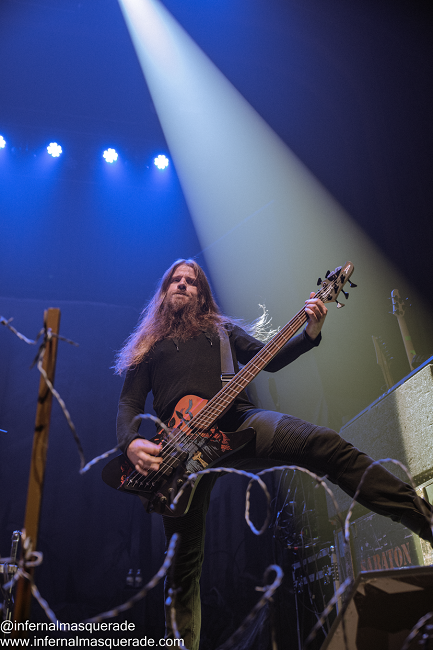 Epica is a band we have been following since Mark Jansen split off from After Forever, and has greatly evolved into a juggernaut over the last few releases. Led by the charismatic Simone Simons the band has impressive live chemistry and a very large repertoire of hits to use on their live shows. Promoting their last release “Omega”, the setlist featured more songs from this release than any other.

The band has a great and very positive stage presence and you can see them having fun at all times, nicely interacting with each other and constantly rotating around the stage to play to the crowd. Their set was around 90 minutes and completely hyped out the concertgoers, leaving a very charged atmosphere that was now eagerly awaiting for the headliner. 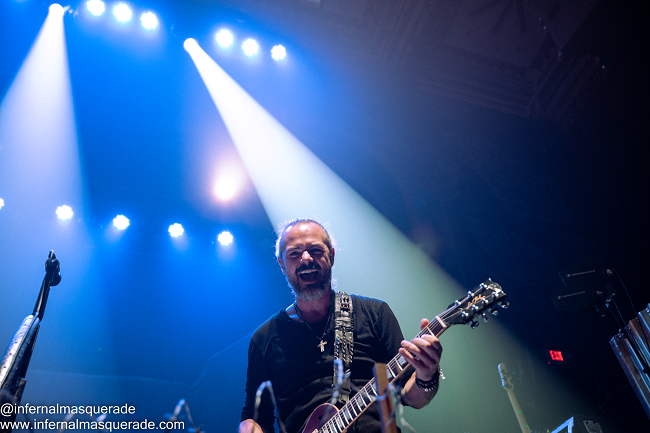 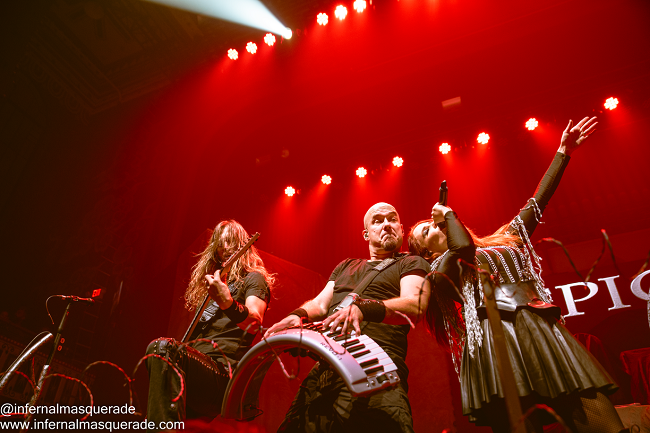 After the intense Epica set, Sabaton kicks off their show unveiling their massive tank drum kit and all their war inspired stage props, making the crowd go completely wild. The show starts playing their video to help fund a WWI memorial, and then the band comes out in full force. Power Metal does not get more epic than Sabaton with their amazing vocalist Joakim Brodén and their war-inspired lyrics. The band creates an atmosphere that only a handful of bands can match and this is very evident based on how excited their fans were as the band ripped through their brilliant songs. 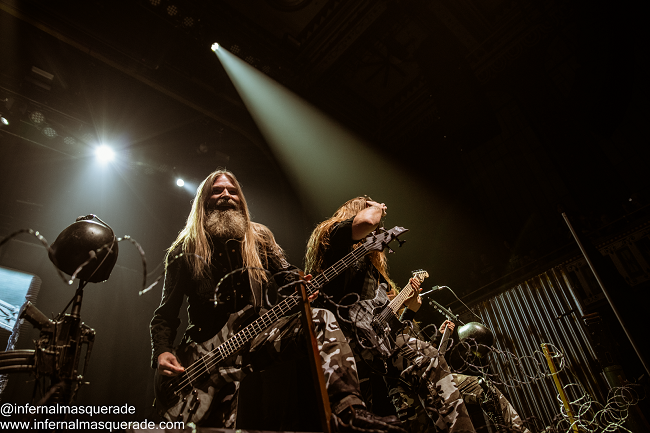 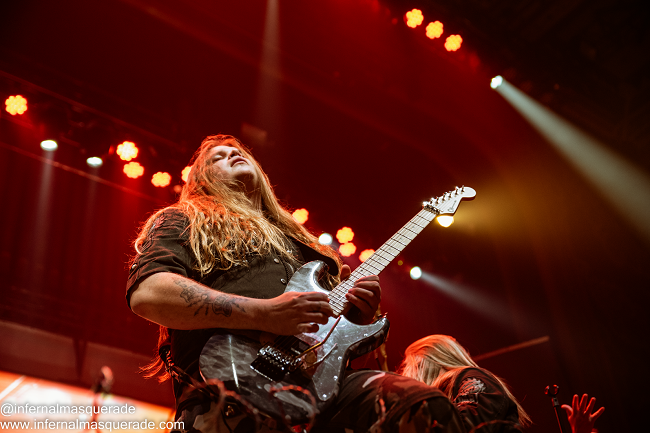 Playing an extra long set with hits like “The Red Baron”, “Carolus Rex”, “The Last Stand”, people got completely hyped with their charisma on stage and playfulness of the band members. As the band rolled into their encore with our favorites “Primo Victoria” and “To Hell and Back”, the crowd continued to go nuts and nobody dared to leave early and miss some of the band’s greatest hits. 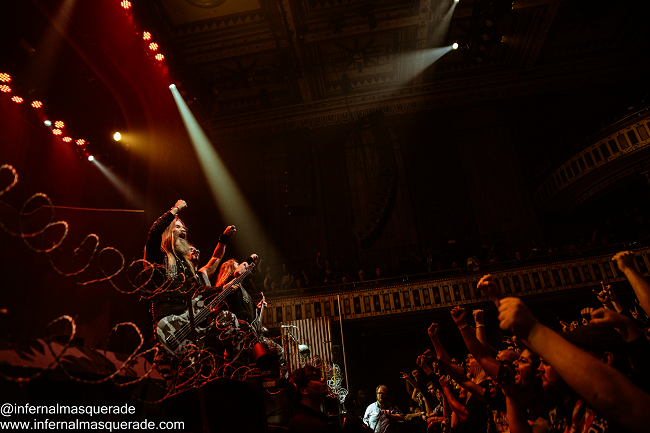 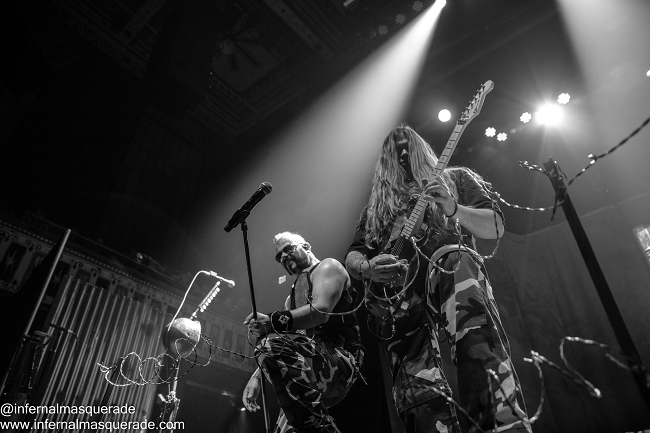 Overall, this show was excellent due to the quality of both bands and the dedication of their fans, some which were uniformed like the Sabaton members. Do not miss a chance of catching this tour, or any of the bands live shows when they come through your town. Thanks to Eter Matsiashvili from Cosa Nostra PR and Tom Wojcik from Herfitz PR, as well as Jessy from the Tabernacle for making this coverage possible.