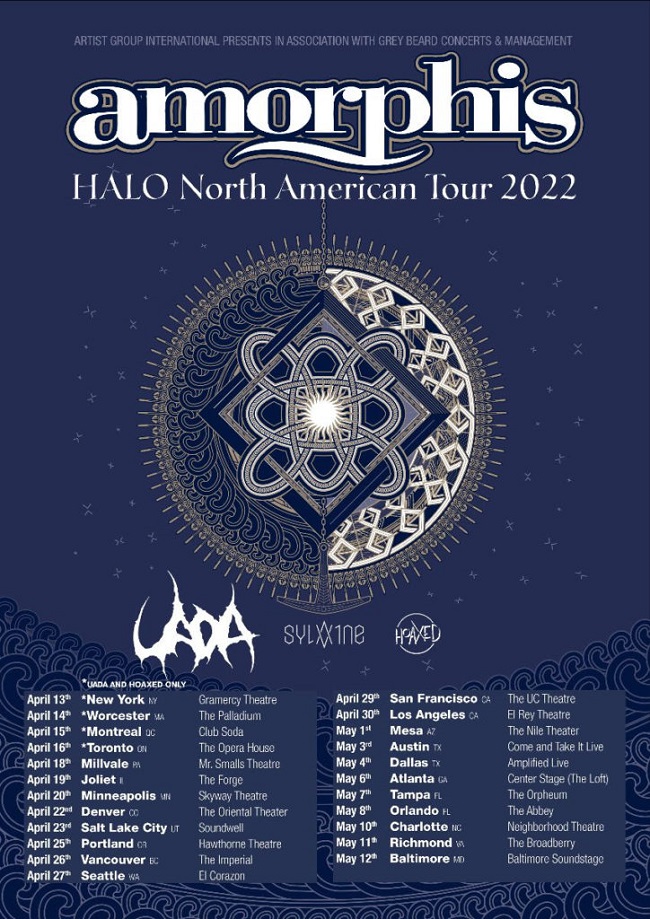 Since we would be traveling for work during the tour stop in Atlanta, we managed to fly to Denver to hangout with friends and do some business on the side, with the additional motivation to catch Amorphis supporting halo and Sylvaine on their first US tour. Making our way to The Oriental Theater with our friends, we managed to hit a couple of Metal staples in Denver: Kuma's Corner Denver for a massive burger and the excellent beers of Black Sky Brewing to get a nice buzz before the show.

Kicking things off, hailing from Portland, we had Hoaxed. This band, fronted by 3 very talented female musicians, opened up the show with great intensity and very energetic stage presence, particularly from the hard-rocking bass player and drummer, as you can see in our pictures. Playing for around 30 minutes, this was a solid start to the show and a nice warm-up for the rest of the evening. The band’s dark rock has a certain Dool meets Jess and the Ancient Ones vibe. 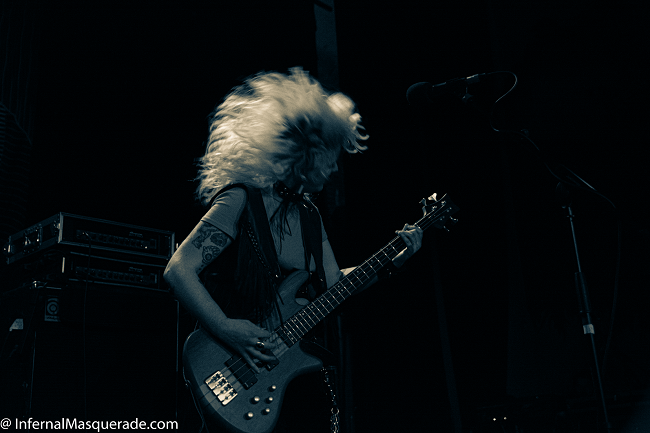 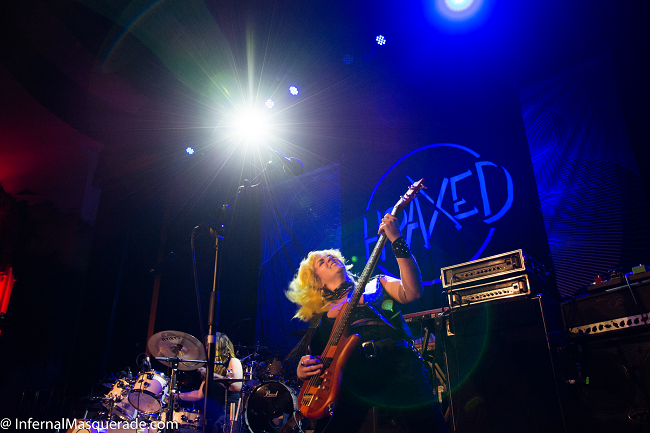 Now it was Sylvaine’s tour to play their first ever Denver show. Having just watched the band at theInferno Festival in Norway just one week before, we knew it was going to be an intense one. For an ‘European’ act just starting to tour in the USA, Sylvaine had a good crowd of people ready for their set. Just as things were getting ready to start, some guitar issues delayed their set a bit, but Kathrine Shepard handled like a champ and the show started. If you never witnessed or listened to their music, just imagine a different flavor of Alcest-like Post-Black Metal/Shoegaze with its own style. 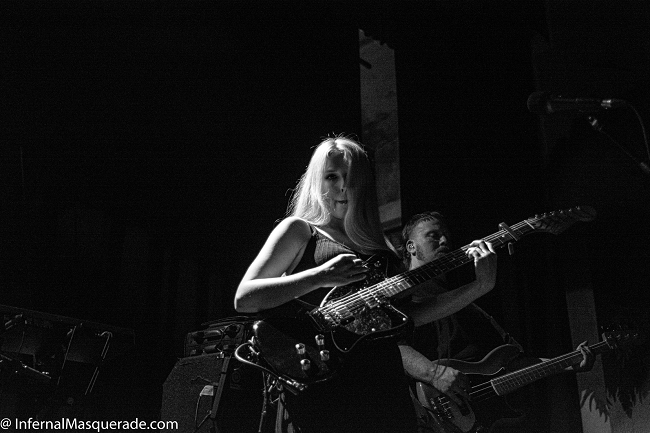 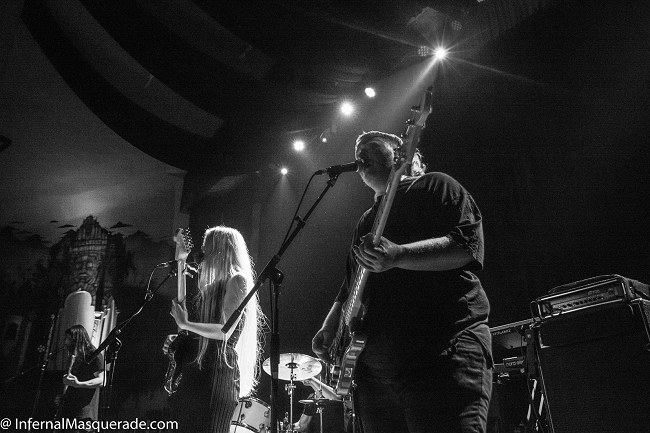 After being completely blown away with the band’s intensity and amazing on-stage chemistry, we were totally reeling from such an intense and engaging set. This led to Uada’s completely crushing set. We are huge fans of intense melodic Black Metal bands and this one of the finest to ever come out of the USA. We always have comparisons between them and Mgła, based on their stage clothes, but Uada delivers a more intense live-show and a wider musical range. Their set today was just killer, leaving people exhausted from headbanging and even some moshing that broke out during their songs. 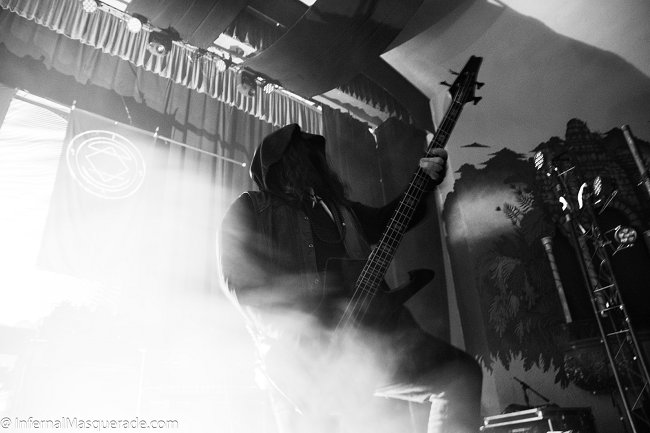 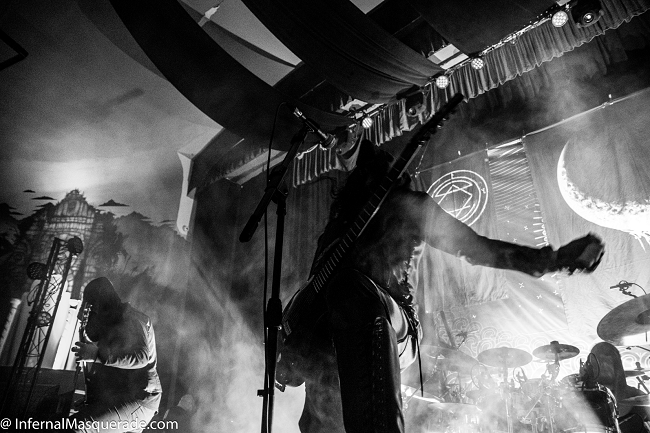 Amorphis is one of those bands that took us over a decade of being great fans of them, to finally see them live back in 2008. Since then, we have managed to see them in every single one of their USA tours, including their troubled outing with Leaves’ Eyes and Samael for their “Silent Waters” album, and more than a dozen times all over Europe since then as well. With each release the band continues to refine their sound and keep impressing all listeners with excellent song-writing skills and killer instrumentation. 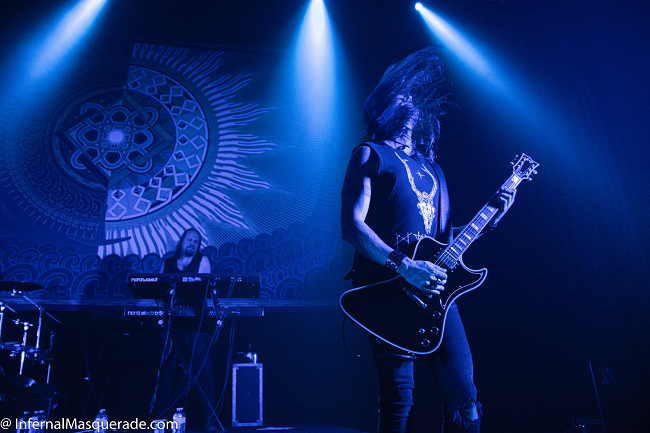 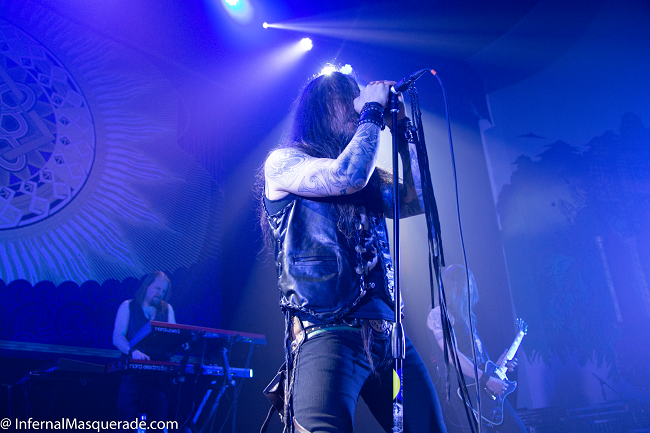 The band’s live show feels a bit rawer and more intense when they do club shows in the USA than when they play in headliner or very prominent spots in European festivals. What we mean by this is that they keep things heavy with a good amount of old-school tracks in North America, to the more ‘mellow’ stuff they play in Europe. We like all their styles, so either way, the band kicks ass and this Denver show was no exception. Thanks to their killer light guy, we even managed to get some very intense pictures from their set.

The Bee
House of Sleep 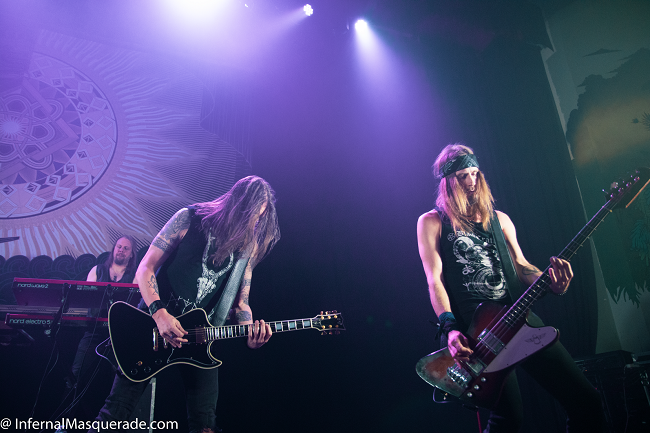 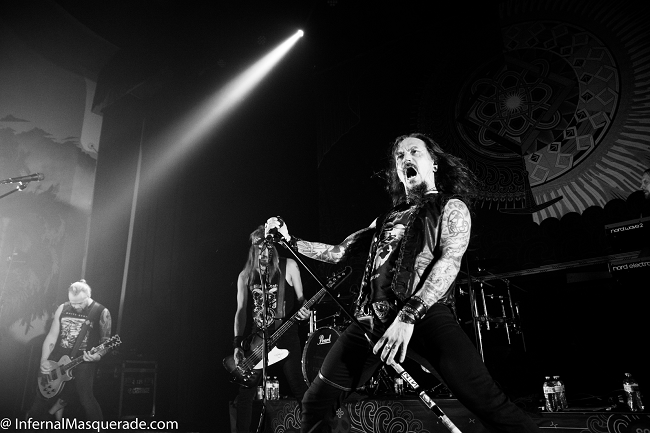 As all Metal shows for adults should end before midnight, we left buzzing from the venue at a reasonable time and ready to catch a good night's sleep after four killer sets from a very unique and diverse package that worked very well together and had a bit of something for everybody at the very packed venue. We wish we could have made it to more of their dates in this North American run.

Thanks to Liz at Earsplit, and the people at the Oriental Theater for making this coverage happen.