With European bands coming back to the USA after most COVID-19 restrictions had been lifted here, and not in their homes, we get crazy awesome bands dropping by Atlanta. With some weeks having 2 to 3 shows to cover (thought life!), we made our way to The Masquerade and their largest venue for an evening of high-octane Power/Symphonic Metal with a very stacked tour package. 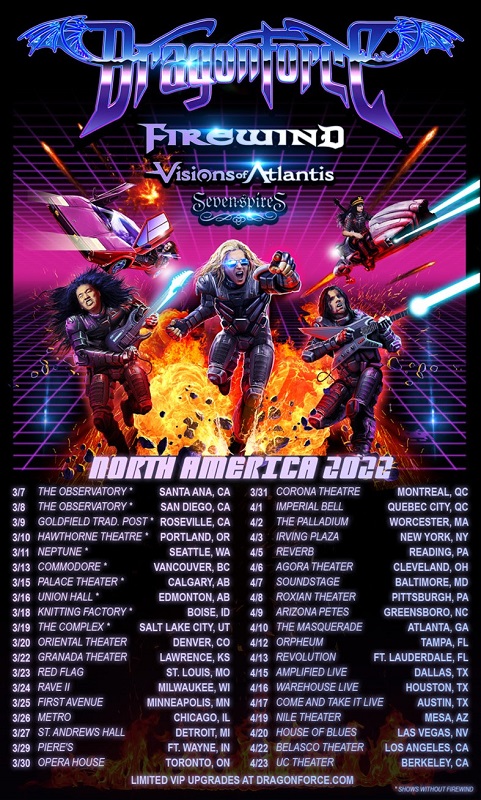 Opening the show was American outfit Seven Spires, led by the charismatic Adrienne Cowan. This band is definitely loved in Atlanta as they have played, and will return, to the local festival ProgPower USA. Having great turnout, the band gave a killer performance including a song that had Herbie Langhans (Firewind) join them on stage. 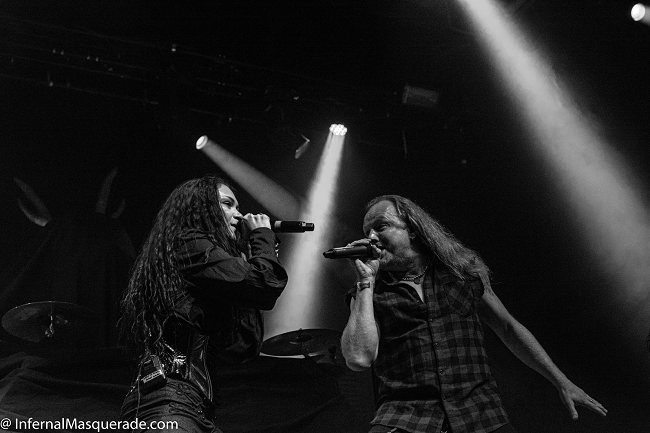 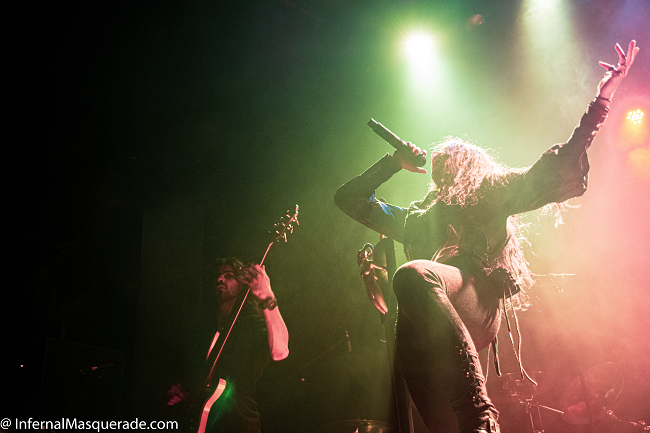 Next up was Visions of Atlantis, a band that we have always wanted to see live but never really managed due to their constant line-up changes and them playing mostly in European tours. However, in their latest incarnation, led by Clémentine Delauney and Meek Guaitoli the band has turned to different waters, literally, and has more of a pirate theme. While this makes for excellent music and engaging vocal duets, we found it a bit silly and didn’t get into their music as much as before (around the ‘Delta’ album). 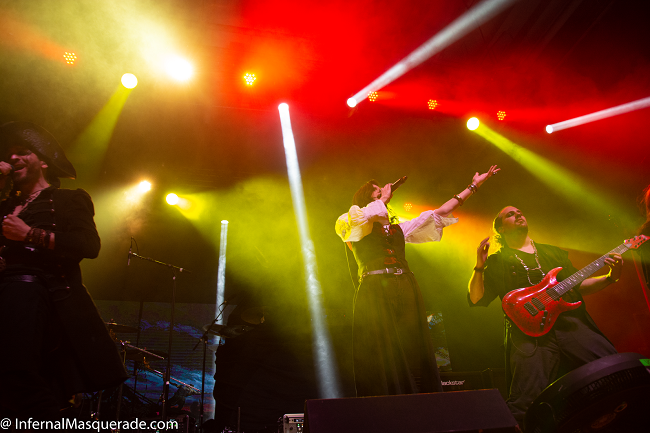 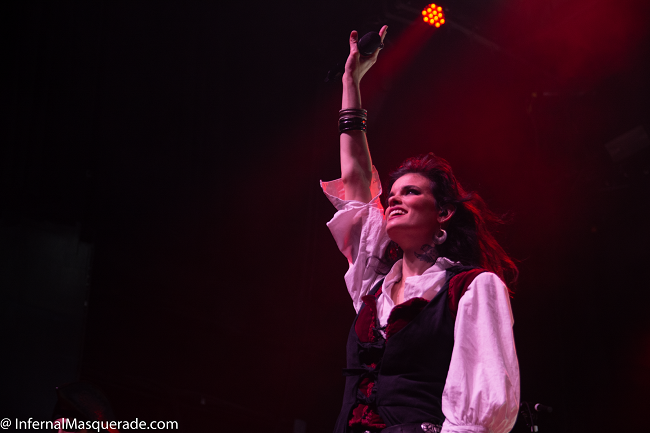 After an energetic and playful set showing great on-stage chemistry, Visions of Atlantis led the way to Firewind with Gus G and Herbie Langhans leading the band. Stepping up the intensity, Gus G and company unleashed a very engaging set with tons of ripping guitar solos and killer melodic passages. Definitely one of the highlights of the night. 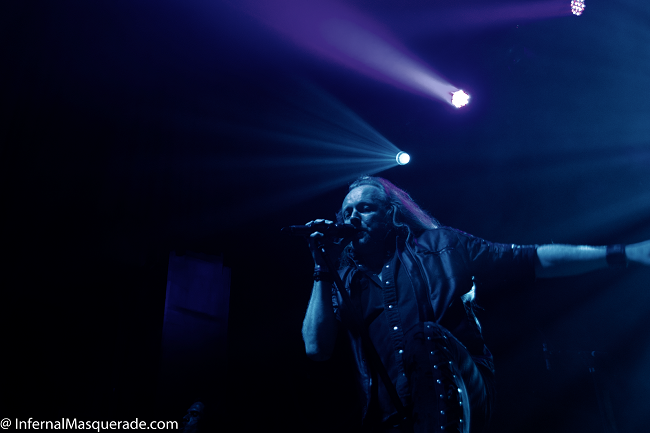 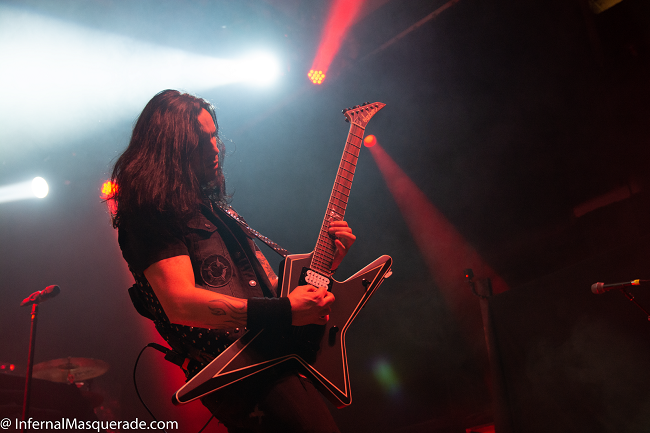 It’s been a while since we have seen DragonForce play live, back to 2015 actually, when they toured with Kamelot and they played in San Jose, California. A lot has happened to the band since then, constantly growing their audience, making even more ridiculously awesome music and a few line-up changes. We heard they had a great production for this tour, so we could not miss them on this tour. 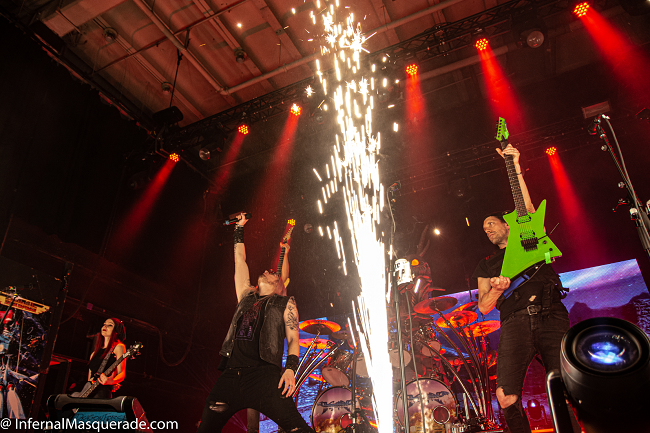 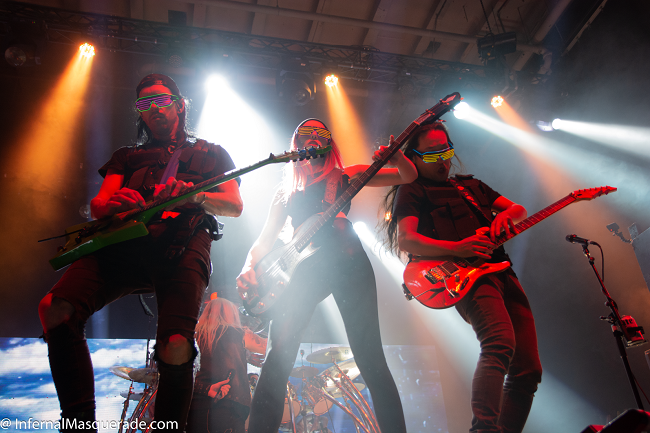 The band has definitely reached new heights as they had full on production for this show, with two large arcade props used by the band members to climb and shred from the top of them, as well as some pyro elements, and some invited youtube/social media guests that shred along the band. Overall, this show was very polished, quite intense and engaging. The band is definitely having fun while ripping through their highly elaborate songs on stage. Definitely a show you do not want to miss. 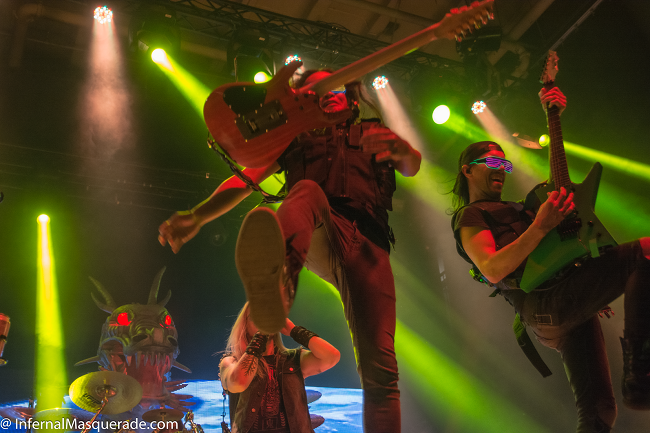 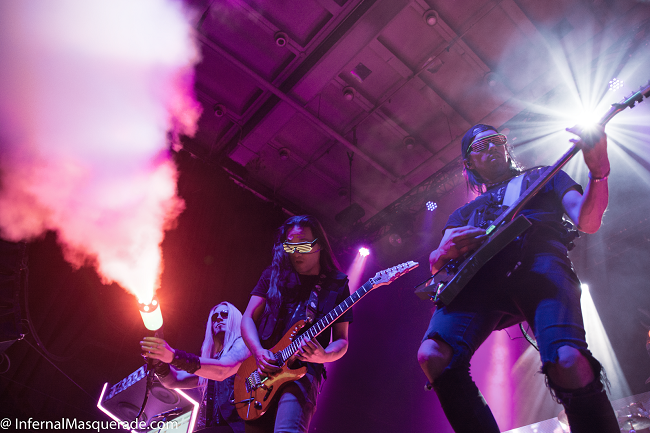 My Heart Will Go On
Through the Fire and Flames

Overall, this was a great show filled with amazing musicians taking their instruments to the limit alongside some excellent singers. The production of DragonForce was one of the best ones we have seen in club shows, so do not hesitate to catch them on tour whenever they pass by your town. Thanks to Liz at Earsplit, and the people at the Masquerade for making this coverage happen.