When it rains it pours, the best way to describe wet weather in Atlanta and also the ‘season of shows’ as we had 10+ shows in the span of 3 weeks. While most shows are in downtown Atlanta, there are some shows that make it over to the posh area of Buckhead at the super nice venue Buckhead Theater. Lucky for us, Obituary, Abbath, Midnight and Devil Master chose these nice diggs for the end of their tour show. Sadly we missed the first band thanks to crappy traffic, but we will catch them soon at Levitation in Austin, Texas. 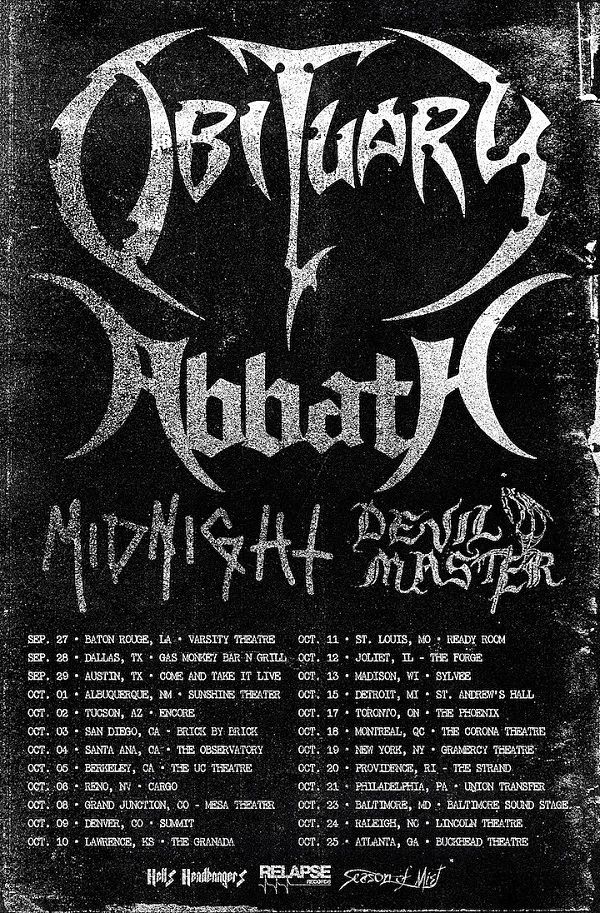 We have been chasing down Black’n’Rollers Midnight for the better of 3 years, always being away when they have played in our hometown or having the worst possible overlapping slots at European festivals. Luckily for us, as soon as the tour was announced we blocked our calendar to not miss this show. Recently signed to Metal Blade Records, this one-man band has gained a reputation for insanely intense shows to accompany their superbly catchy and fast music. 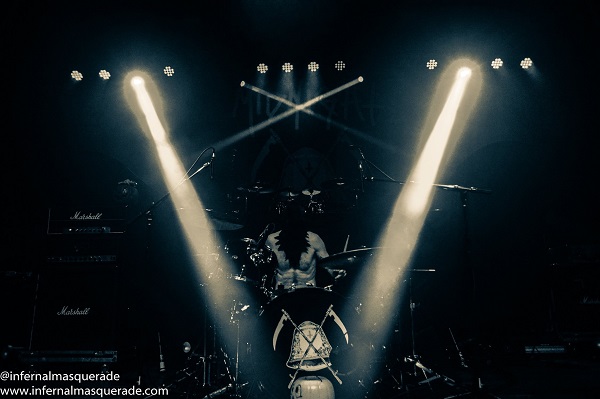 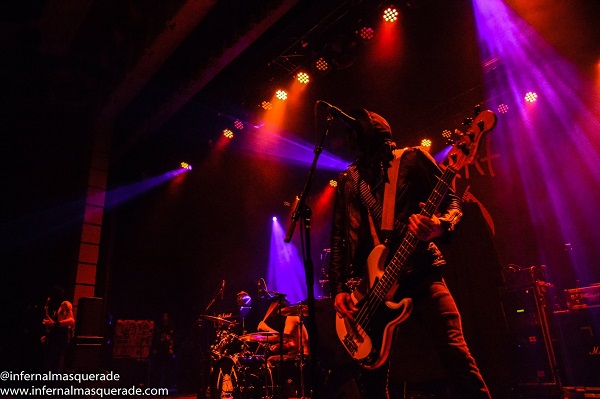 Unleashing a very punishing aural attack with a superbly compact line-up, Athenar and company got the crowd going since their first note. Wearing hoods on their heads and no other fanfare, the band means business with their attitude filled songs and intense live acrobatics. The stage movement and their engagement of the crowd was just perfect, getting everybody amped up for their whole set. Definitely a band you should not miss live. 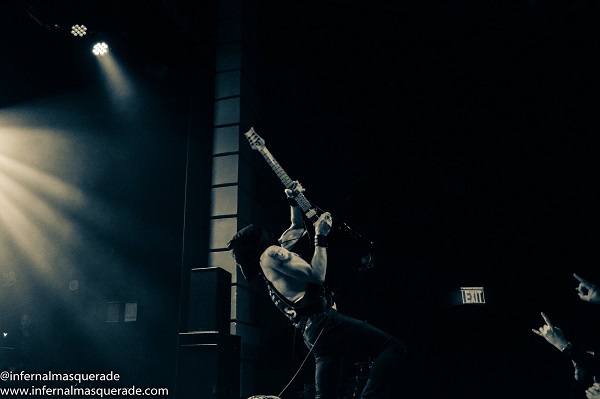 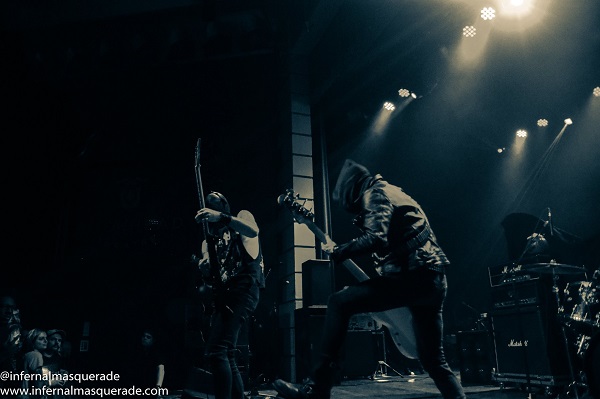 Next up was Abbath promoting his latest release “Outstrider” and as he took the stage as the crowd cheered on. It was quite evident than many people in the crowd were waiting for a good dose of blistering fast Black Metal. We have always been huge fans of his work with Immortal and while his debut release was not what we expected, we warmed up to the quality and craftiness behind his latest release. Warming up the crowd with new tracks: “Bridge of Spasms”, “The Artifex” and “Harvest Pyre”, people completely lost their shit (and so did we) when the Immortal covers came up. 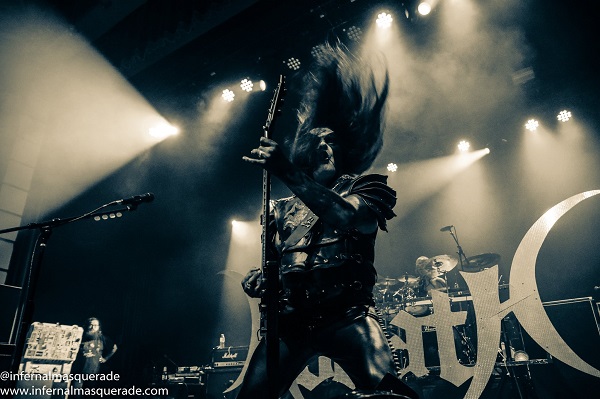 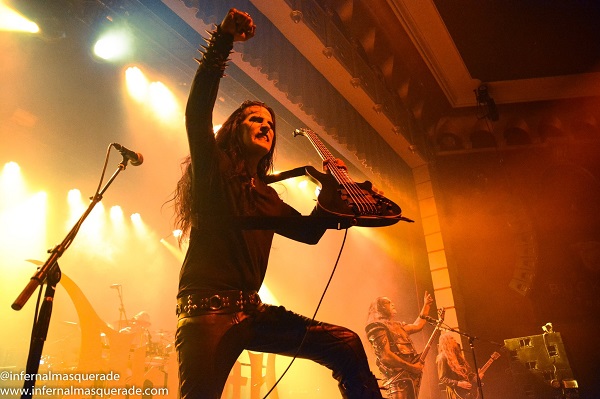 Completely pummeling the crowd riff after rifs and with the traditional Abbath tomfoolery on stage, it was quite an evening as everybody seemed to be headbanging and the mosh pit grew larger and larger in size. As one of the most intense and yet accessible Black Metal acts these days, it was quite refreshing to see a good mix of younger and older fans completely worshiping the band’s music. 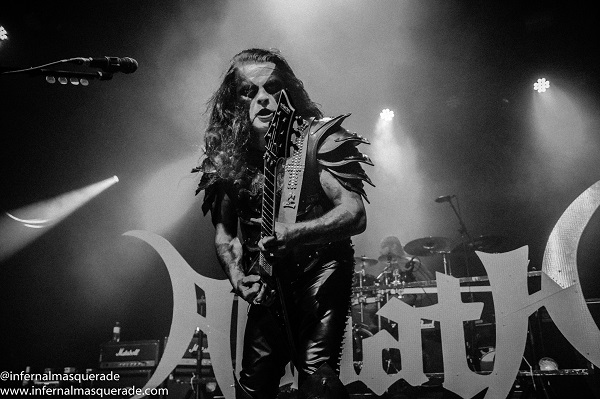 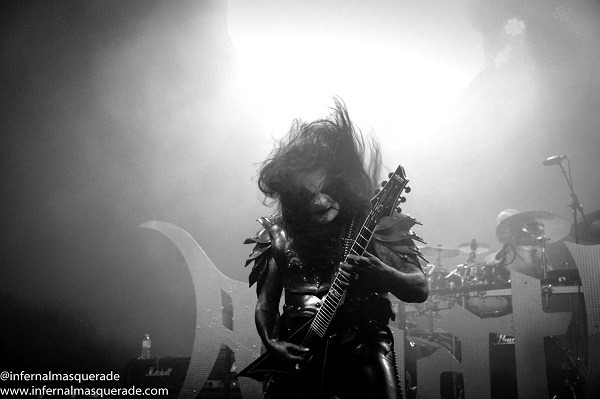 As one of the initiators of the Florida Death Metal scene, Obituary has been around nearly as long as we have been on this planet. With such an impressive trajectory and a plethora of awesome releases under their belts, we have probably seen the band live at least two dozen times in our lifetime. This also seemed to be true for at least half the fans as they were hardened veterans wearing some of the most old-school shirts we have seen in quite a while. 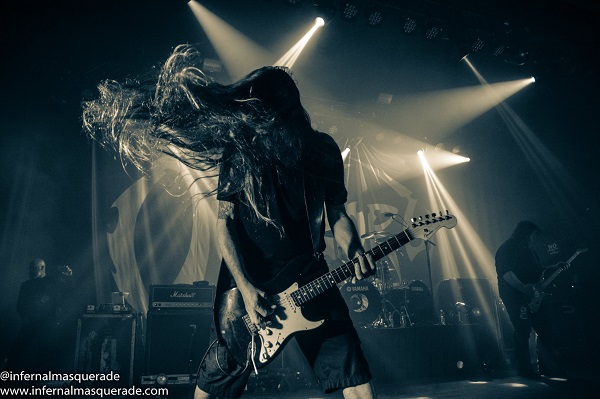 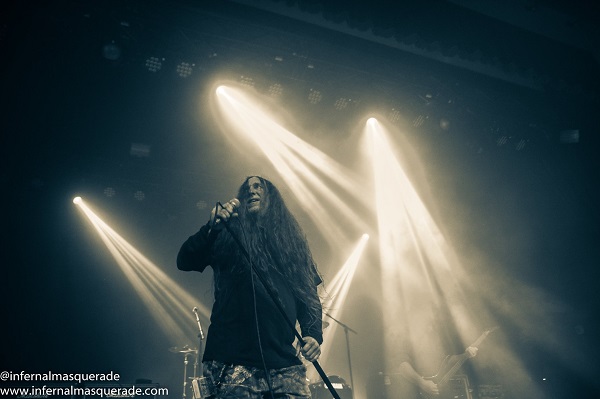 Always giving a great set, the Tardy brothers and company played a wide selection of classics and new songs, just before closing with our favorite “Slowly We Rot”. It is quite amazing to see a bunch of fresh faces embracing the legendary Obituary and their musical trajectory while going nuts and crowd surfing to their hits. 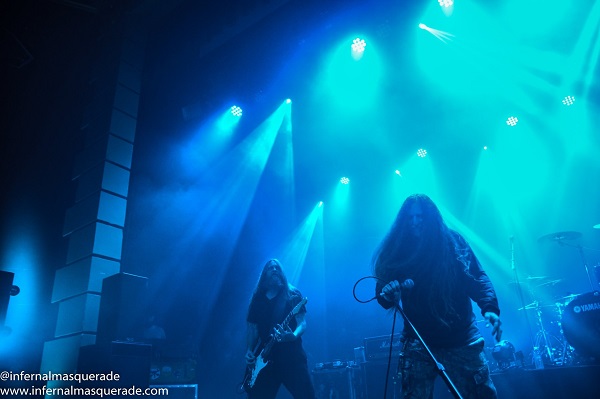 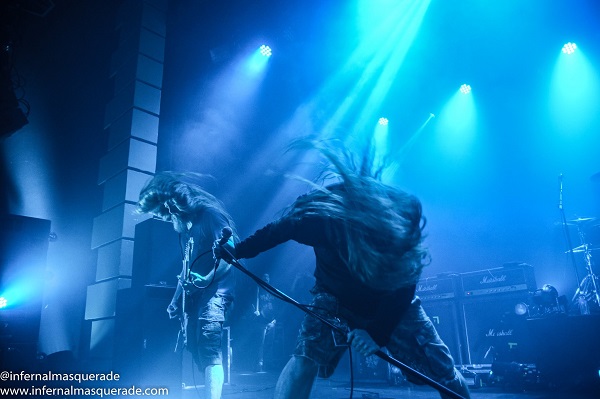 As always, we would like to thank the super nice people at the Buckhead Theater and Earsplit PR for making this coverage possible.