Announced nearly a year in advance, a tour package with Delain, Amorphis AND Anneke van Giersbergen sounded (and was) the best tour for 2019. We are huge fans of all musicians involved and were quite psyched to see them visit our home town of Atlanta. 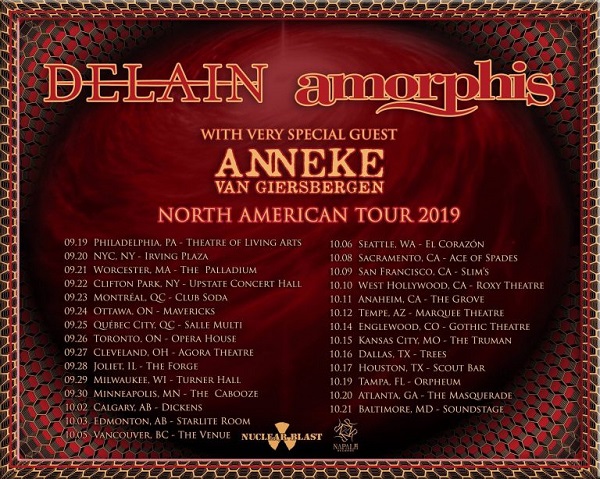 On a nice Sunday evening, we made our way to downtown Atlanta for the Masquerade on virtually no traffic. The Masquerade is quite a large venue if you count all their stages and sometimes you get an interesting mix of clientele as in some weird occasions rap concerts collide with Metal shows in the same vicinity, today was no exception and in one of the smaller venues some act that had a very young following was playing while this show was going on.

First up was the charismatic Anneke van Giersbergen and her solo set. While many people at the venue were confused that Battle Beasts was on the bill, many didn’t know of Anneke and her talents. We have been lucky to have seen her this year with her Metal band Vuur in the Czech Republic and twice with Ayreon a few months back on their amazing live shows. We are not huge fans of acoustic sets, but Anneke’s vocals are like no other and we could not miss her on-stage presence and goofy comments between songs. Her set mostly consisted of covers, which got most of the crowd going by the time “Jolene” from Dolly Parton was played. Overall, her set time was good enough to get most people into her musical talents and promised to return next year after the release of her solo acoustic debut release. 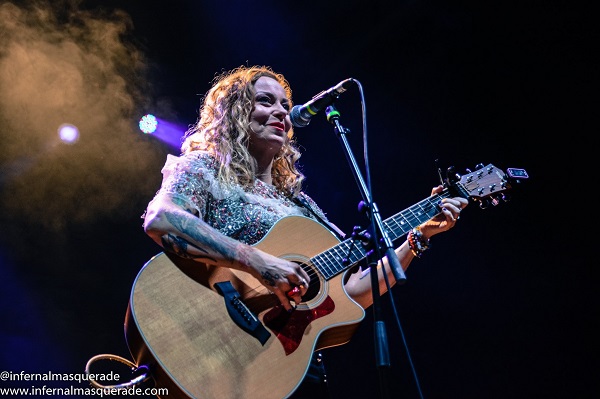 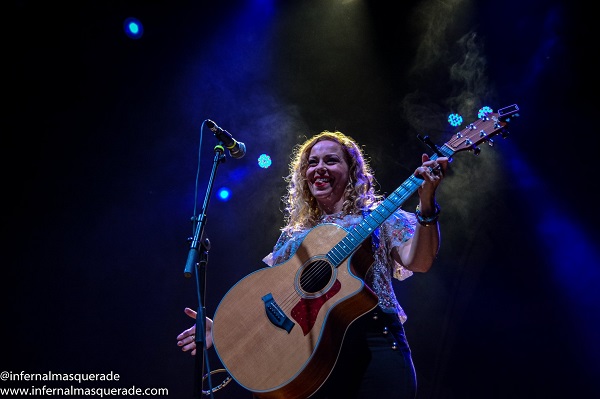 Being huge fans of Amorphis, we are quite glad that they decided to come back to the States a few years back and since then, they have constantly been touring the area. Supporting their “Queen of Time” release, the band took the stage quickly after Anneke. Their live shows are always top notch and people seem to respond very well, going particularly crazy when they play older tracks like “Into Hiding” and “Black Winter Day”. 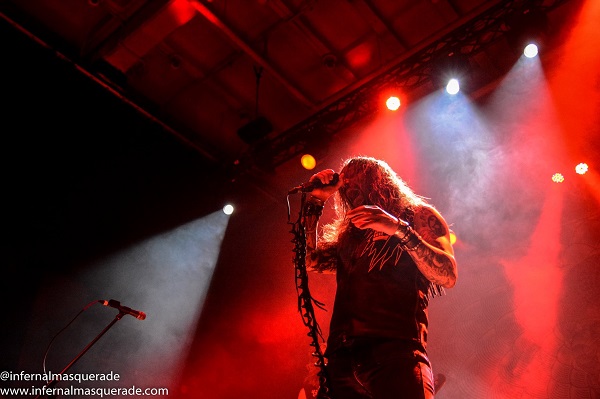 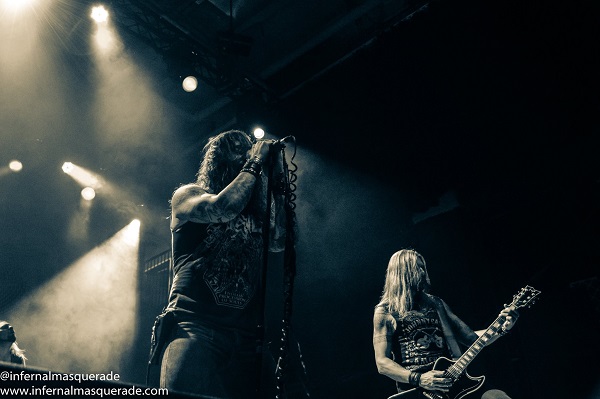 However, the rendition of new songs like “The Bee” and “Amongst Stars” with Anneke is what stole the show for us. Since the addition of Tomi Joutsen, the band is living their most productive and flourishing years and their live shows greatly reflect that. Having plenty of fun while playing live, all band members seem to greatly enjoy their time on stage and always deliver an intense and engaging show. 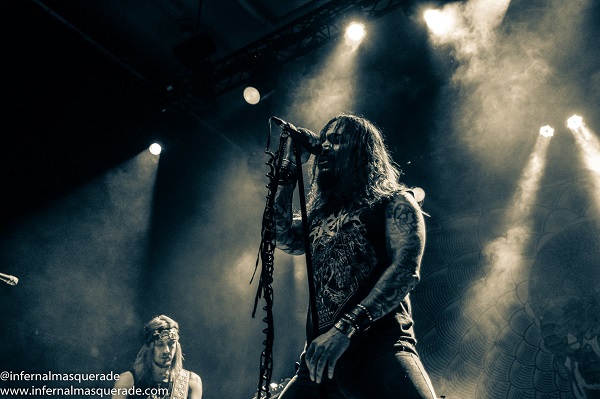 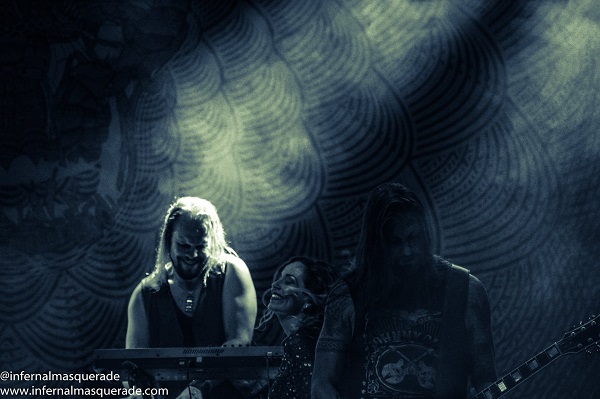 Closing the night we have Dutch outfit Delain and their sweet Symphonic/Gothic Metal fronted by the charismatic Charlotte Wessels. Promoting their “Hunter’s Moon” EP, the band has been constantly coming back to play to crazed audiences in North America. We love their shows, and their live energy is amazing as they always seem to be having great fun while playing together and joking around on stage. With quite an impressive repertoire of music, they perfectly balanced their set with older tracks like “April Rain”, to newer songs from their upcoming untitled release. 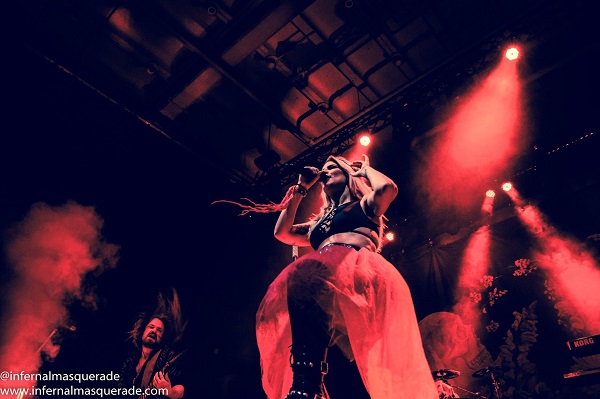 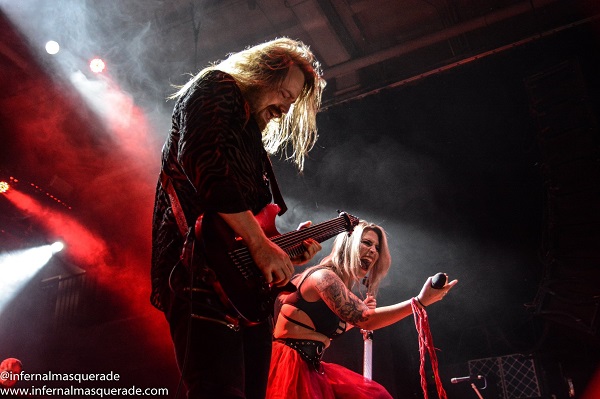 We love the band’s dynamics on stage, but it was a bit sad to not see Merel Bechtold rocking out with her guitar alongside Timo Somers. Overall, the band’s set was quite intense and engaging as Charlotte always keeps the crowd energized while belting out our favorite songs like “We are the Others”. 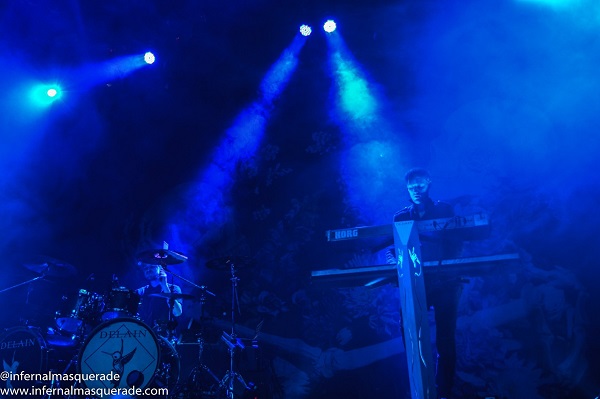 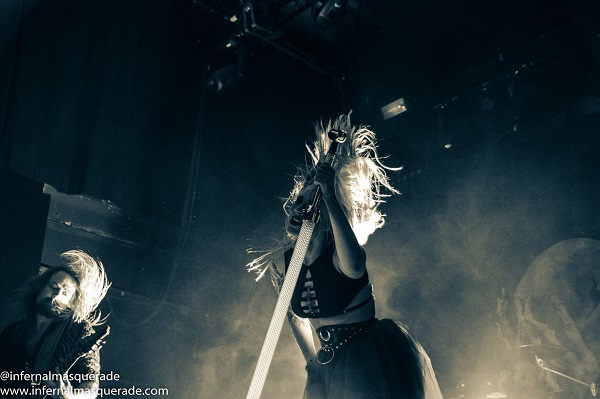 We would like to thank the people at The Masquerade and Kristin Torres for making this coverage possible.