Coming to town after unleashing their latest killer release “Berserker”, Amon Amarth always puts on one hell of a show. Headlining their own tour on bigger venues and with opening acts such as Arch Enemy, At the Gates and Grand Magus, October 16th was set to be a night to remember. 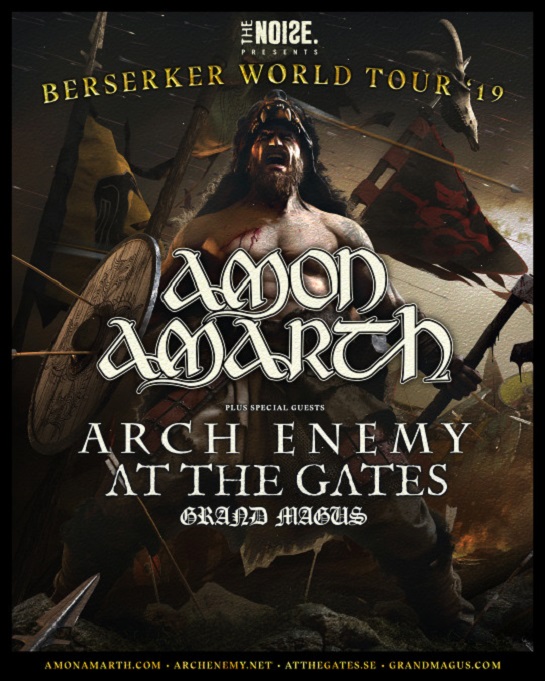 Unfortunately we missed the opening band, but made it just in time to be escorted inside to take pictures of the legendary At the Gates. As one of the creators of the ‘Gothenburg’ sound for Melodic Death Metal, this band is an institution on its own. Playing for around 35-40 minutes, the band managed to deliver intense renditions of personal favorites like “Slaughter of the Soul” “Death and the Labyrinth” and “The Night Eternal”. 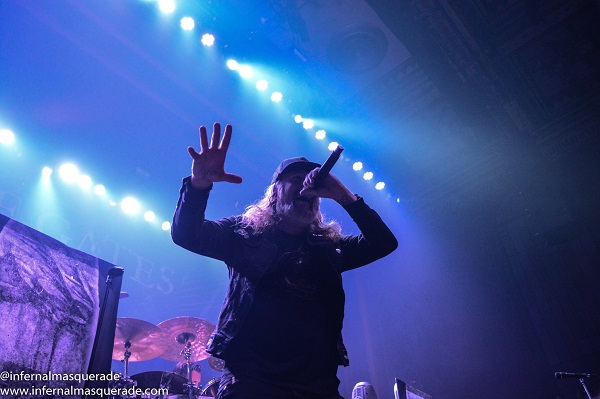 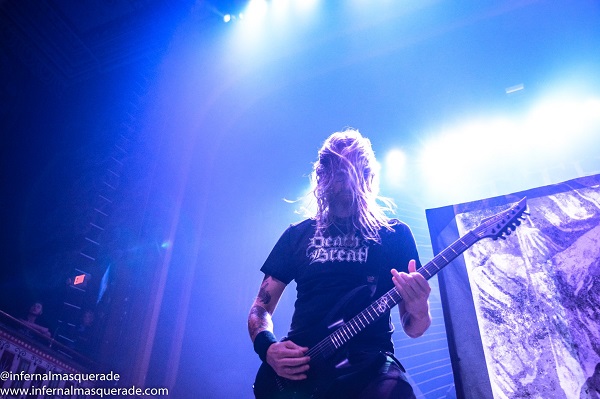 At The Gates setlist:

Unfortunately we had to leave the venue after 3 songs as photographers are only allowed to be inside to shoot the band… weird. Anyways, we managed to listen to the whole set from the doors of the venue. Next up was none other than Arch Enemy and their high-octane Melodic Death Metal. Fronted by Alissa White-Gluz, the crowd went completely nuts when the band hit the stage to the tune of “The World is Yours”. With two of the most acclaimed Metal guitarists of all time, Michael Amott and Jeff Loomis, the band shredded their way through their very impressive set. 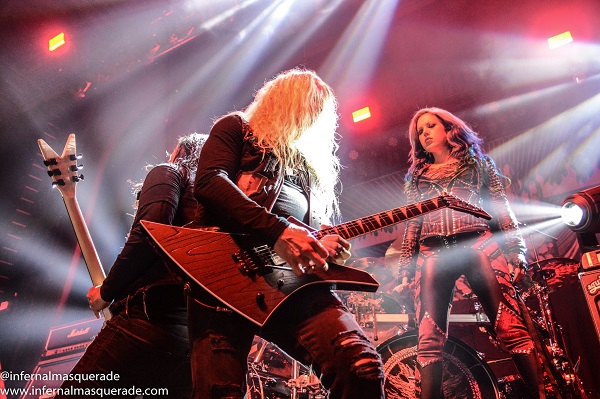 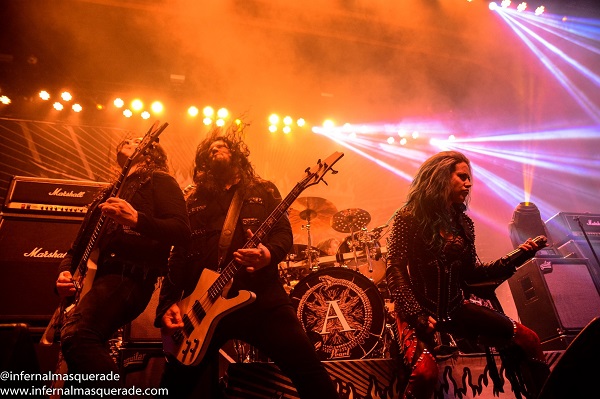 As you can see from our pictures, they are truly a powerful live band. Both by musicianship and showmanship, they are one of the best live acts you can see these days. 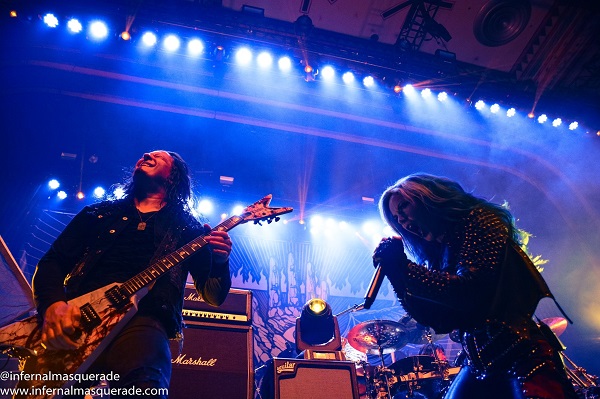 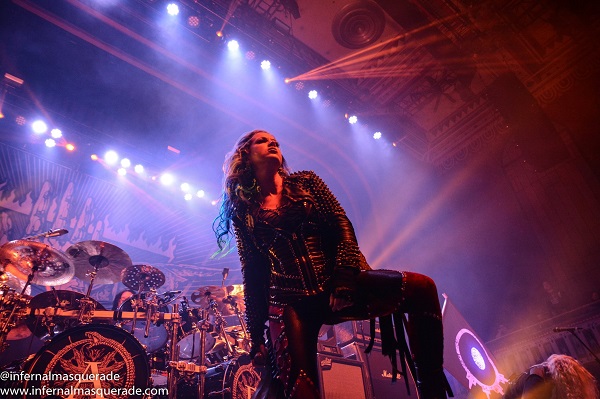 Finally, the time came for the Swedish vikings to hit the stage and the place was filled to the brim with enthusiastic cans wearing everything from regular band shirts to elaborate costumes of animal pelts and viking attire. It is quite awesome to see people really getting into the band’s concept and showing it proudly. We have seen the band all over the USA and in Europe and they always have some of the most intense and engaged fans. 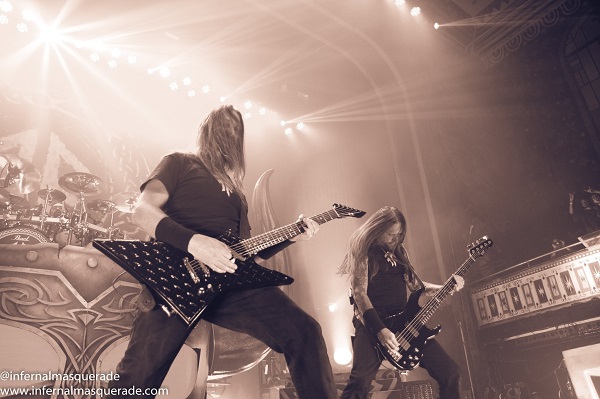 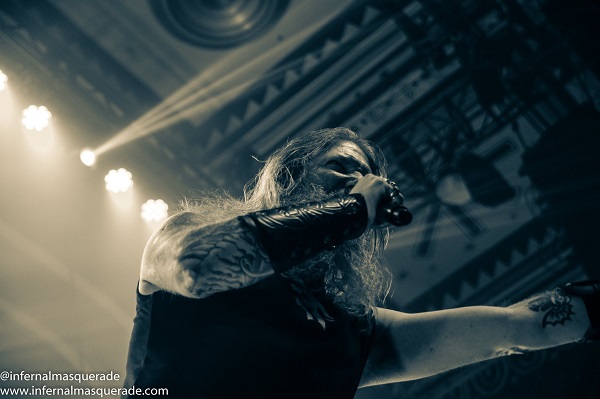 As soon as “Raven's Flight” started the crowd just roared and the band assaulted the stage with great charisma and presence. Frontman Johan Hegg is your quintessential viking looking dude and his vocal roar brings the band’s music to life. People started crowd surfing as the place went completely nuts when the band played tracks like “First Kill”, “Crack the Sky” and the epic “The Way of Vikings”. With a massive mosh pit and the crow surfers, the security personnel was unexpectant of the fan’s level of enjoyment. 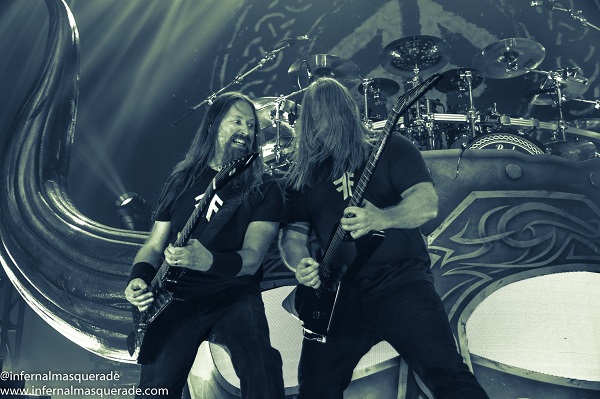 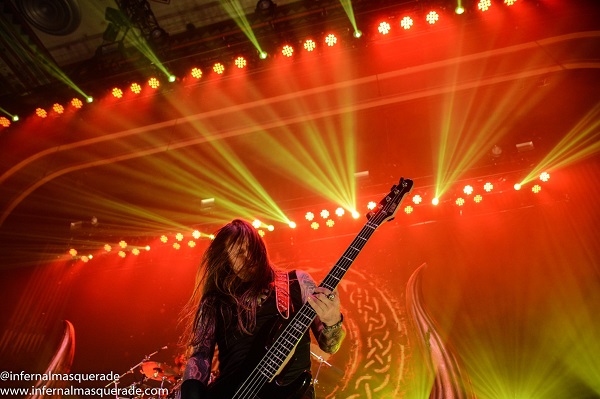 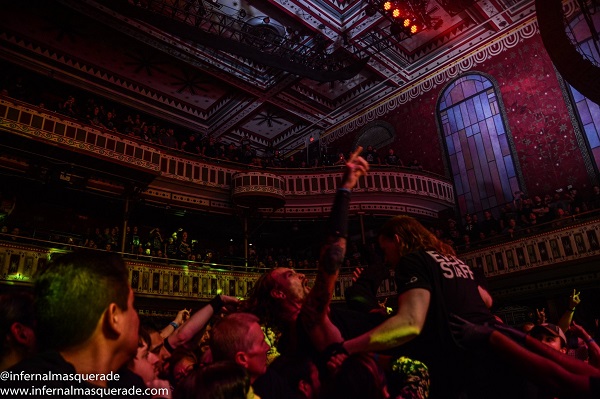 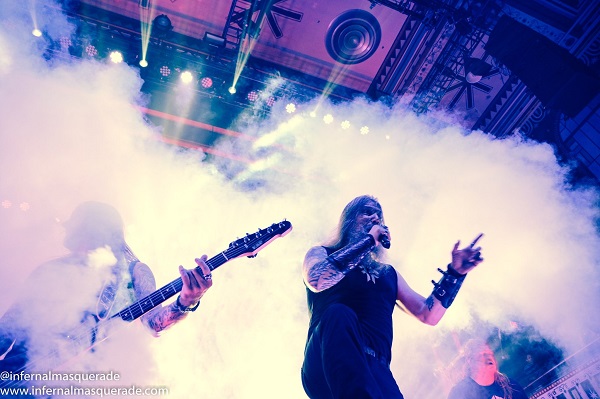 After the first few songs we went up to the venue’s vantage points to continue to take some pictures and also enjoy the band’s intense set. We have seen the band probably 15 times and it never gets old. It is quite a trip to see how with hard work and determination, the band’s US fan base continues to grow as they come with bigger tour packages and our bigger venues. After this tour it is more than clear that it has paid off and they are at the top of their game.

We would like to thank the people at the Tabernacle for being great in escorting us into the venue to take our photos and to Cosa Nostra PR for hooking us up for this show.