With a new album to promote, the legendary Children of Bodom embark on another North American tour with great expectation. Packaged together with fellow Finn’s Swallow the Sun and Wolfheart, this concert line-up has a bit for everybody. Being huge bands from all the three main bands, we were quite psyched to see this unique package make their way to Atlanta, GA at The Masquerade. 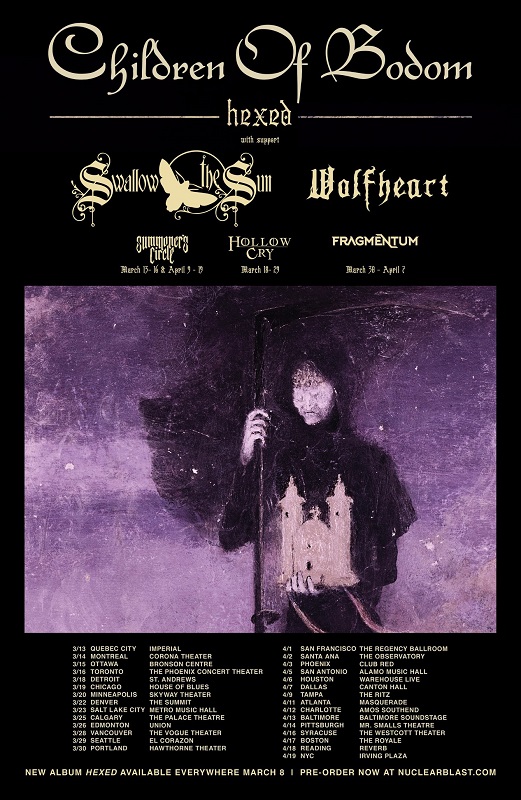 Opening the night we had American outfit Summoner’s Circle and their Epic Black/Doom Metal music. With a good stage presence and ample theatrics, like the main singer having his eyes covered, this band made a great impression with the early birds at the show. The band’s music is quite engaging and with a full live line-up, it is refreshing to see a keyboardist on stage - something not very common these days as most bands just play with backing tracks instead. 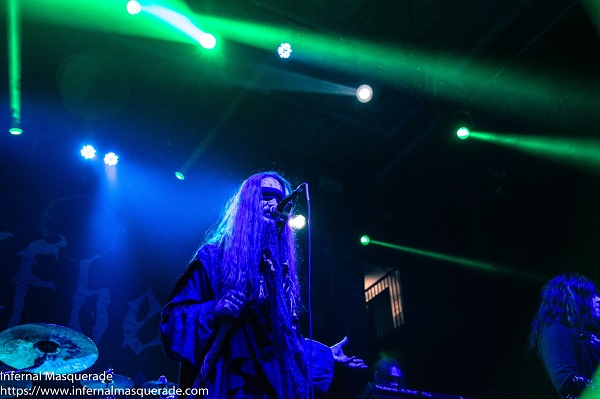 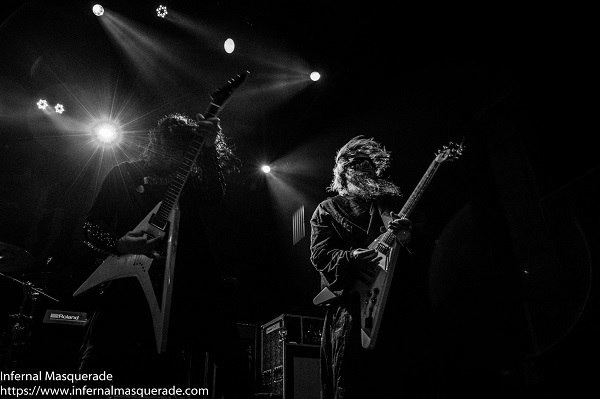 After a couple of long songs, it was time for Melodic Death Metalliers Wolfheart and their frosty sound. Having seen them live on their last NA tour in October 2018, the band’s fan base keeps growing as they have a considerably amount of people ready for them wearing the band’s t-shirts with pride. Playing a shorter set, the band made the most of their time on stage with killer songs like “Aeon of Cold” and “The Hunt”. 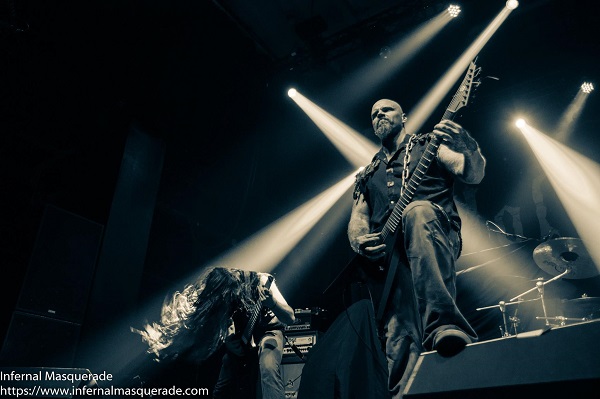 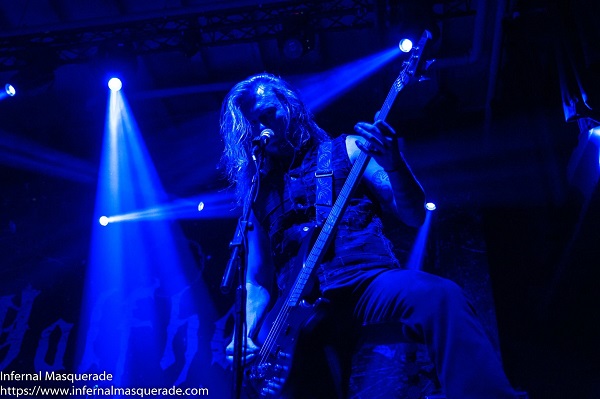 Promoting their latest release, “When A Shadow Is Forced Into The Light”, Swallow the Sun took the stage with their very enigmatic and yet commanding stage presence. Playing exquisit Melodic Death/Doom Metal with a high emphasis on oppressive atmospheres, the band’s sound was tight and very well executed. Not having much time on their set, they still managed to play almost 1 hour of material, new and old to the delight of a full room of people headbanging and cheering the band on. 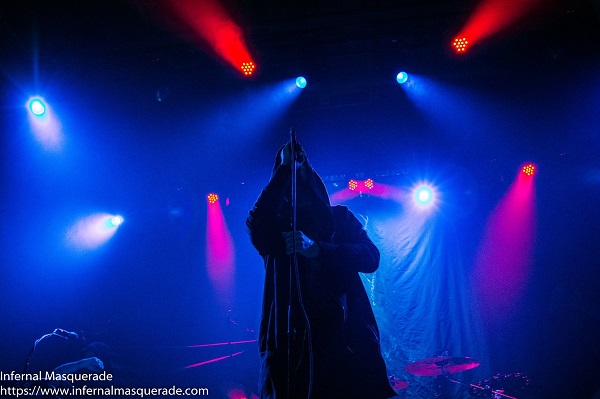 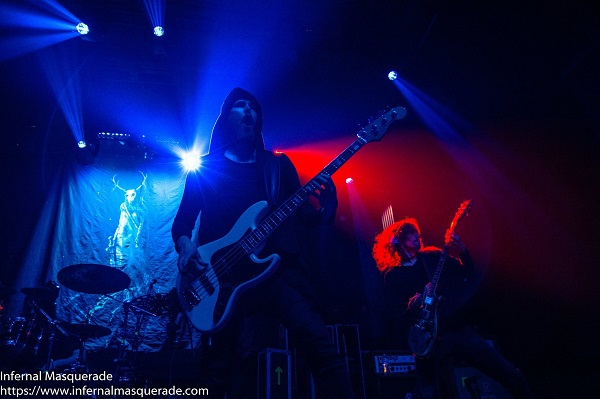 Before CoB’s set people started packing into the front of the stage and started getting ready for a wild show. The band’s music is always entertaining and quite intense, making it conducive of waves of crowd surfers and mosh pits. During their 20 year anniversary tour we managed to catch the band live and it was a brilliant show. With the Atlanta crowd ready and psyched, CoB took on the stage and the first crowd surfers starting making their way up front. 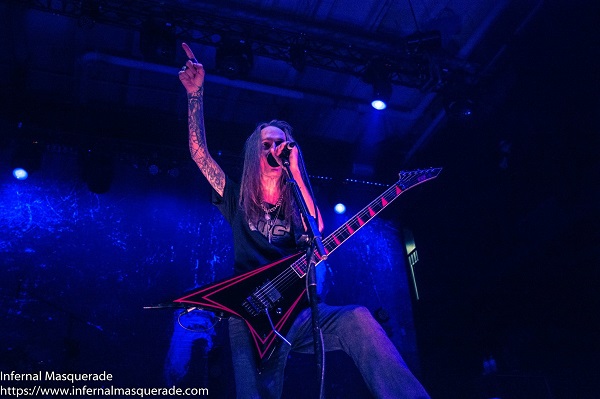 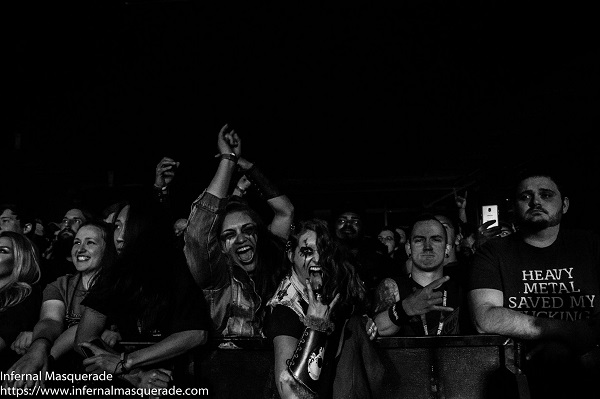 Led by Alexi Laiho, the band’s intensity is unparalleled as their songs are quite intricate and very melodic, allowing for people to go completely insane with the band’s music. Mixing in a few songs from their latest effort, “Hexed” as well as some established classics like “Everytime I Die”, “I Worship Chaos” and their killer encore with “Hate Me!” and “Downfall”. 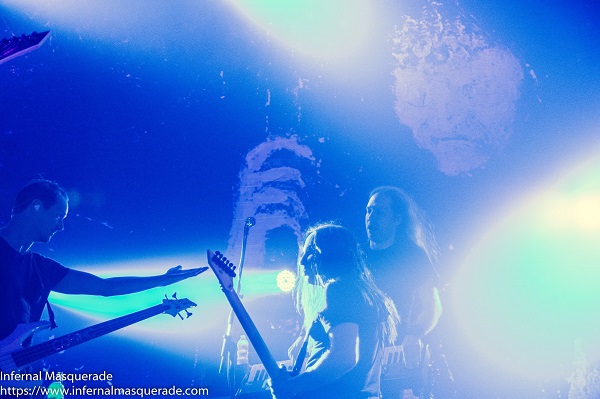 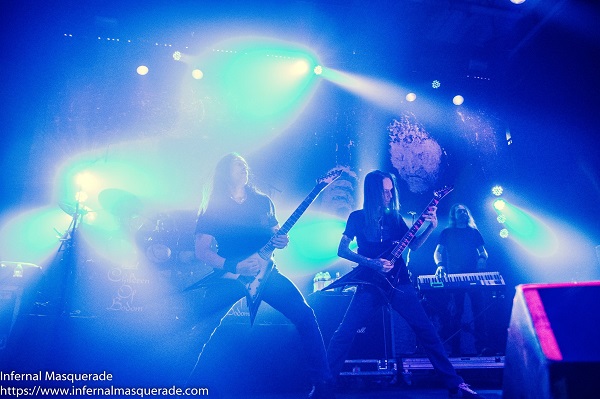 Are You Dead Yet?
In Your Face
Platitudes and Barren Words
Bodom Beach Terror
This Road
Everytime I Die
Under Grass and Clover
I Worship Chaos
Hecate's Nightmare
Angels Don't Kill
If You Want Peace... Prepare for War
Hate Me!
Downfall

Overall, this was a great night with four excellent bands that appealed to a wide variety of audiences and age ranges. The show was intense, with heavy moshing and crowd surfing during CoB, particularly one insane blind person that crowd surfed his was to the front barrier. We like to thank the people at Nuclear Blast (Kristin Torres) and at the Masquerade for making this coverage possible.