Shows on a Wednesday night are usually a tricky proposition, being hump day many people tend to skip them. In Atlanta however, all metal-heads usually always turn up for killer line-up regardless of the day of the week. With the 'geezers' turning up for Hypocrisy and the younger crowd for Fleshgod Apocalypse and Aenimus, this was set to be a killer show. 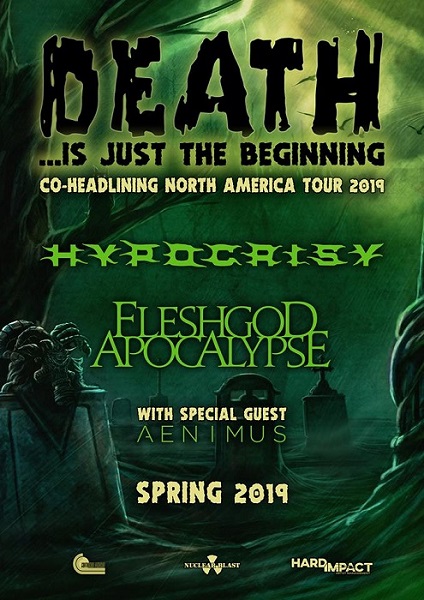 Without everybody inside the venue, Aenimus kicked off their short but powerful set. With their technical deathcore music, the band got the crowd lit after a couple of songs, showcasing what was going to be an intense night for moshing. 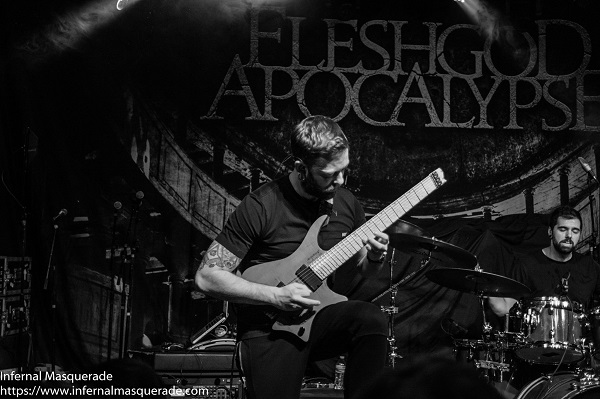 After almost 30 minutes of music, Aenimus ended their set an a good amount of Fleshgod Apocalypse followers started piling up near the stage. This time, the venue did not have a photo pit/barrier so fans were able to get close and cozy with the band. We tried to brave the crowds but as soon as Fleshgod Apocalypse came on stage, all hell broke loose with a large furious mosh-pit. 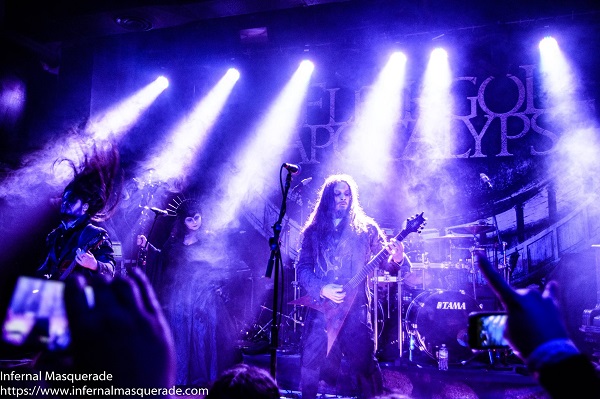 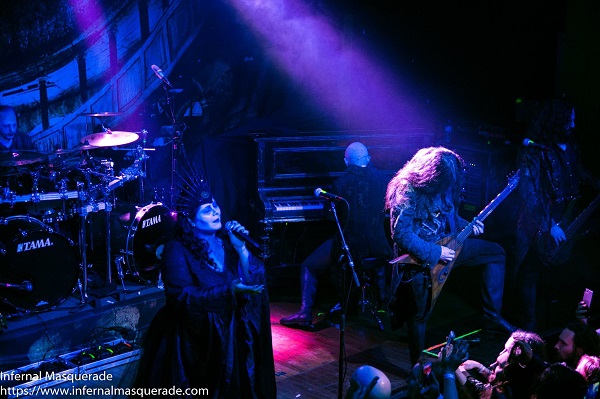 We decided to save our photo equipment and headed to the closed up-stairs section to get some shots for this report. This Italian outfit is a force to be reckoned, and every time we have seen them (2 times before) the crowd goes nuts with their highly symphonic extreme metal style.

The band also blends in female vocals and crushing drumming into their sound, creating one of the most brutal and yet refined styles in the business. With an album due in a few weeks, the band delivered two tracks from this new production and the fans (and us) are quite eager to hear the rest. 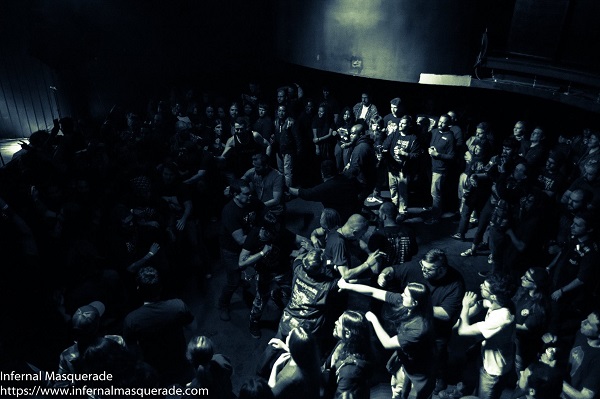 We have been attending shows over 20 years and we have only been able to see Hypocrisy once before, one of the first bands we started listening in the Metal genre. On festival gigs with over 10,000 people, the vibe of a show is different, so we were looking forward to the band's heavier set in this tour.

Without missing a beat, Hypocrisy came on stage at 10 PM with "Rock 'n' Roll Train" playing in the background. However, this was just the warm-up for a very brutal set with the band playing old-school songs like: "Pleasure of Molestation", "Osculum Obscenum" and "Penetralia", as well as newer songs with their more mellow style like "Roswell 47" - our personal 'new' favorite, and "End of Disclosure". 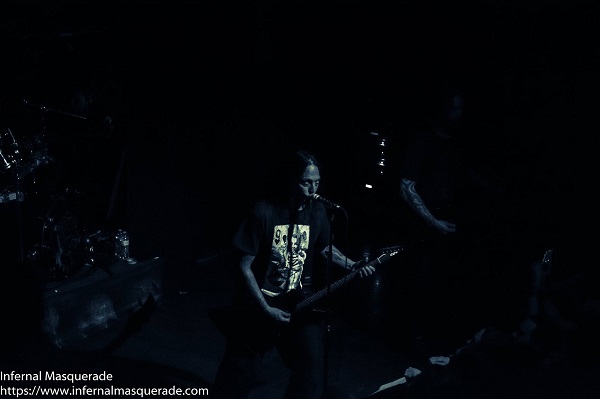 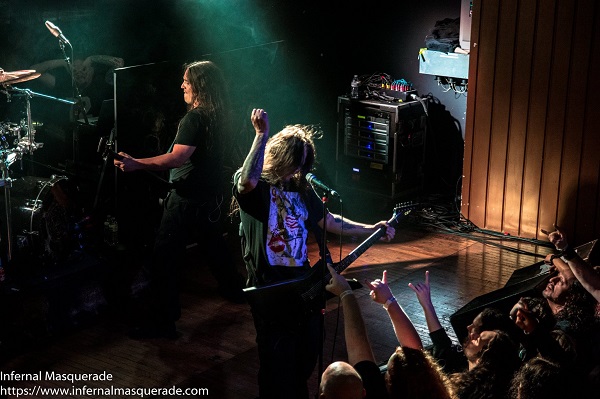 With tons of people moshing non-stop and the older and more seasoned metalheads furiosuly headbanging on the sidelines, this was an excellent show that showcases the raw power of Hypocrisy on a small stage. 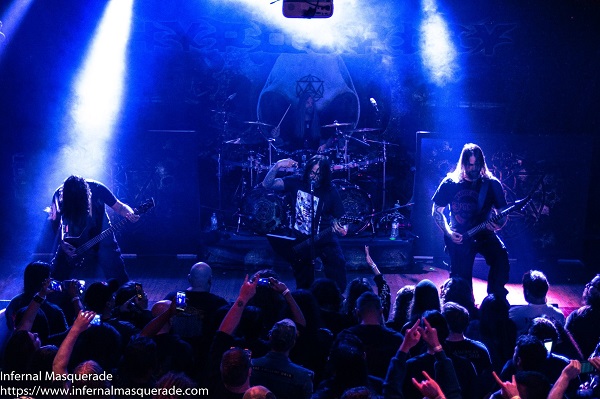 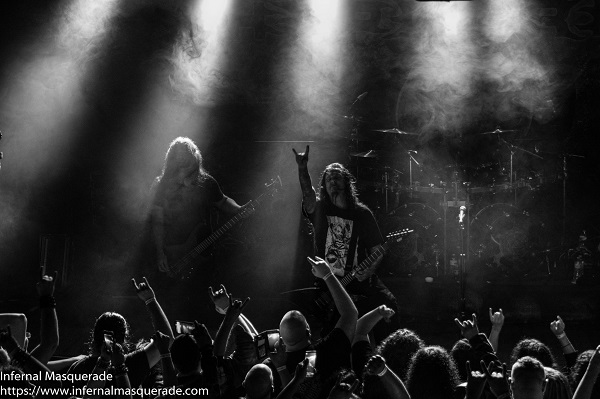 We would like to thank the people over at Nuclear Blast for making this coverage possible and also the very accommodating staff at The Masquerade that allowed us to go up-stairs and get some good shots from this event.