The moment this tour was announced we were completely blown away by the prospects of watching Zeal & Ardor and Deafheaven on the same tour in North America. We have seen Deafheaven like 20 times before when we lived in the Bay Area, but they never fail to deliver an amazing show. Zeal & Ardor has been slowly creeping into our general musical rotation with their unique blend of Blues and Black Metal, as well as very interesting lyrical concept. As far as Baroness is concerned, we enjoy some of their songs but never been great fans of the type of hipster bro crowd they attract to their shows, but they still pull in a ton of people every night and are quite talented musically. 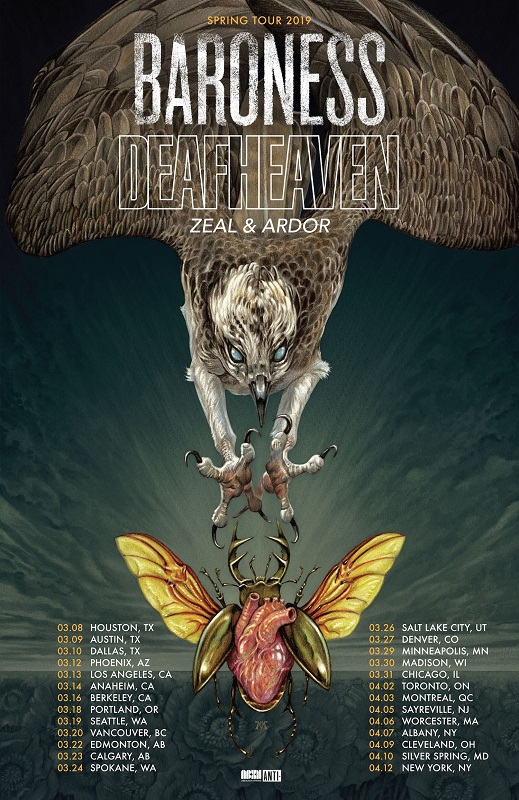 Since there was no Atlanta, GA date, we were lucky enough to be in Houston for business, just exactly as the tour kicked off. Excited to see the local scene and a very recommended venue, we made our way to the event after having a few tasty beverages right next door at the Raven Tower.

Opening the night we have Zeal & Ardor, based out of Basel, Switzerland, this band has been taking the scene by surprise with their avant-garde music, which combines Blues and Black Metal. The band’s sound is definitely hard to describe, but once you listen to “Devil is Fine”, you will be hooked. Taking the stage in a very ominous way, with black hoodies and minimal lighting, the band quickly warmed up and got the crowd quite fired up with tracks like “Servants”, “Come on Down” and “Blood in the River”. 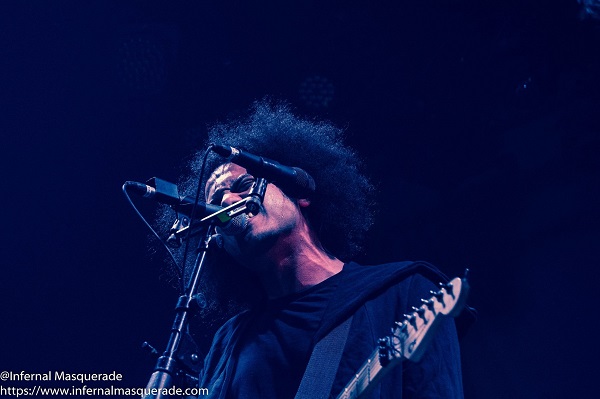 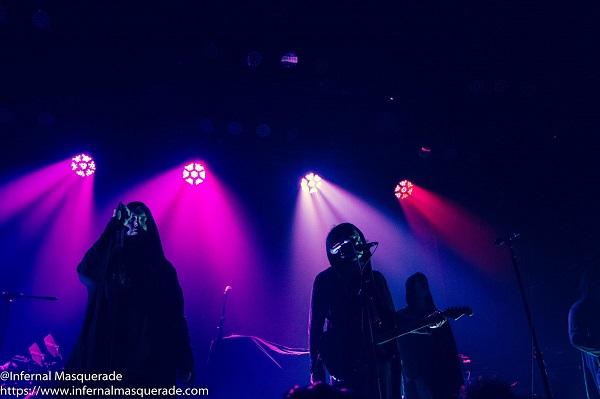 We were quite pleased to see a great amount of people waiting to see this band and going insane with their short but very lively repertoire. We definitely saw a good amount of people that didn't know what to make of them at first, totally converted by the end of the band’s set. This was an awesome way to start the evening and get the crowd fired up with superbly catchy music. 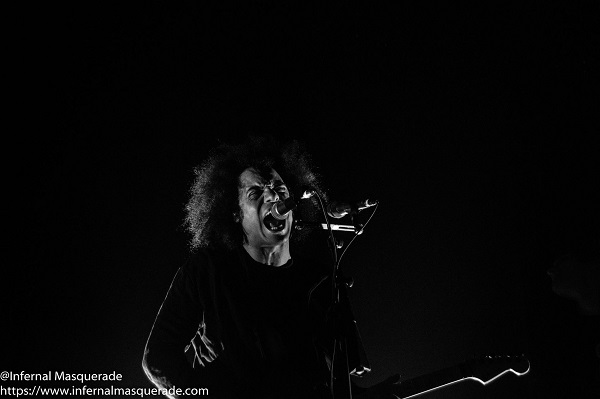 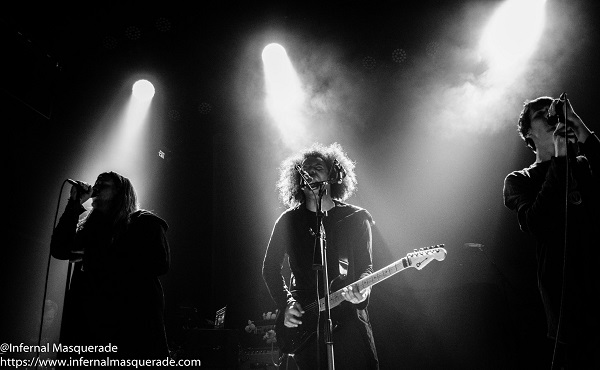 As soon as Zeal & Ardor left the stage, a good amount of Baroness fans turned out in droves to pack the bottom part of the venue and snagged the best upstairs viewing spots as well. The band has a huge following and tons of people seemed quite psyched to catch them live. Since there was no photo pit, we managed to sneak in on the side to snap a few shots of the band during their set.

The expectation was quite high as they will be premiering one of their new songs from their upcoming release and people did not wanted to miss that. This track was sandwiched almost in the middle of their set and the crowd went completely ballistic. The song was actually quite good, making us look forward to this release later this year. 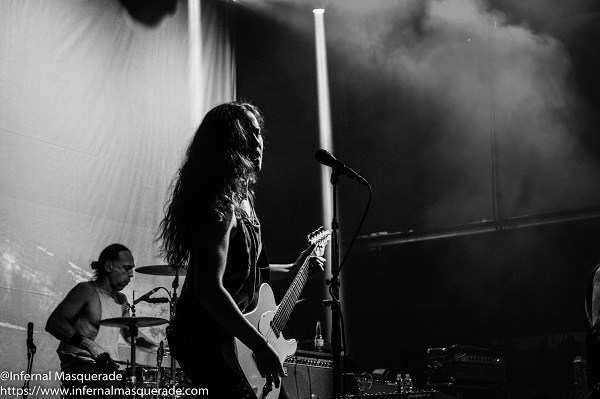 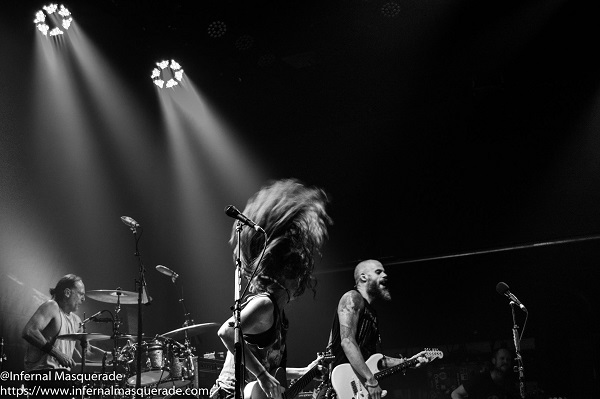 The band gave a great show and all their fans seems quite satisfied. Technically, they are a very talented band and their music is engaging and fun. While not our cup of tea, it was still a pretty good opening night for this band as they continue their journey through North America in the following weeks.

A Horse Called Golgotha
Morningstar
Kerosene
Green Theme
Cocainium
Borderlines (Live Debut)
If I Have to Wake Up (Would You Stop the Rain?)
Fugue
Eula
Shock Me
Ogeechee Hymnal
The Sweetest Curse
Isak
Take My Bones Away

Having spent around 4 years living in the Bay Area, it was always a treat to see Deafheaven play to their local crowd. With their shows varying from one-off headlining sets, to interesting pairings with bands like Mono, Lamb of God and Anthrax. As the band has gotten bigger and more famous (or infamous) over the years, their shows are still top notch, filled with intensity and a magical vibe that is hard to describe.

Breaking down the stereotypes and barriers of extreme music like Black Metal with their dreamy interludes and Shoegaze influences, this band brings together quite eclectic crowds from your typical Metal person to ‘normal’ folks trying to let loose and enjoy the band’s musical power. The charisma of their singer, George Clarke, live is unrivaled and transmits some truly impressive energy as he hits the stage. The band started with the powerful “Brought to the Water” and quickly merged to their heaviest song to date: “Black Brick”. In their shows people go nuts and the moshing is almost as brutal as for many Death/Grind Metal bands, so it is quite a scene to witness, particularly because most of the people moshing don’t seem like your average metal head. 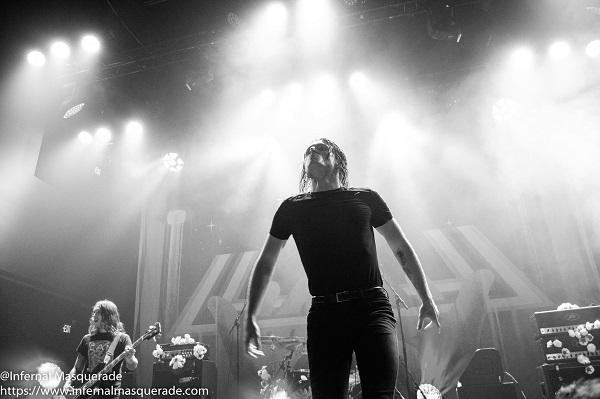 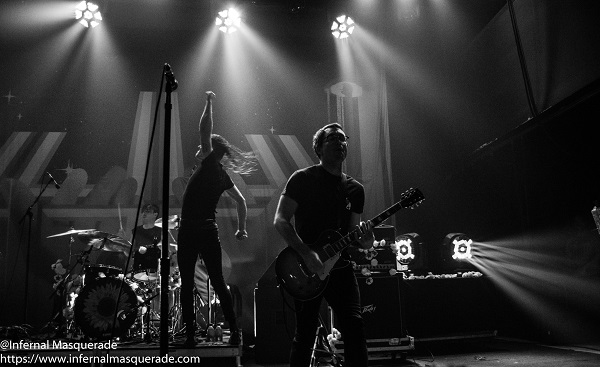 As the band pummeled through new tracks tracks like “Honeycomb”, “Canary Yellow” and “Worthless Animal”, the crowd continue to go nuts and the energy level never went down. Closing with their hit songs from “Sunbather”, the crowd had one last chance to completely punish each other with intense and friendly moshing. Deafheaven always gives out a great performance, and their energy and on-stage charisma is unrivaled. 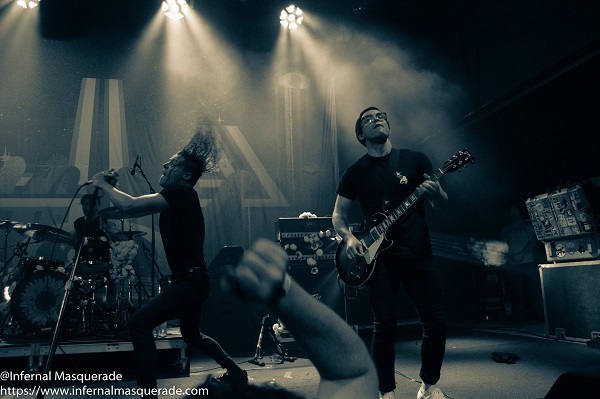 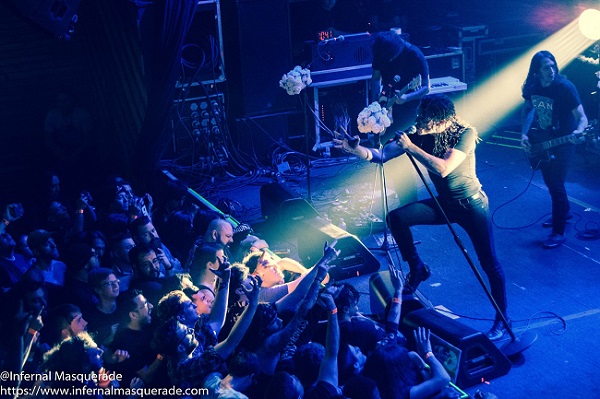 After a great show, we would like to thank Amy at Atom Splitter PR for making this coverage happen, and the people at White Oak Music Hall. Be sure to catch the rest of the tour at the following locations: