On the heels of the release of their latest opus “I Loved you at Your Darkest”, Behemoth has embarked on a crushing North American tour with legends At the Gates and the Cascadian Black Metal masters: Wolves in the Throne Room. With such a killer package, this tour is set to draw massive crowds and produce some intense songs.

At the Masquerade, on a Friday night, it was not exception as the venue was filled to the brim with people wearing Behemoth t-shirts and some of them even donning corpse paint to cheer on their favorite band. With doors set to open at 6:30 PM, the sound check was running a little late, creating a huuuuge line that circled the first floor of the ‘patio’ area of venue.

Getting on the stage exactly at 7:00 PM, we had Wolves in the Throne Room take the stage with their commanding atmospheric Black Metal. The band’s songs are usually quite long so they only played a handful, but with great intensity and mysticism. 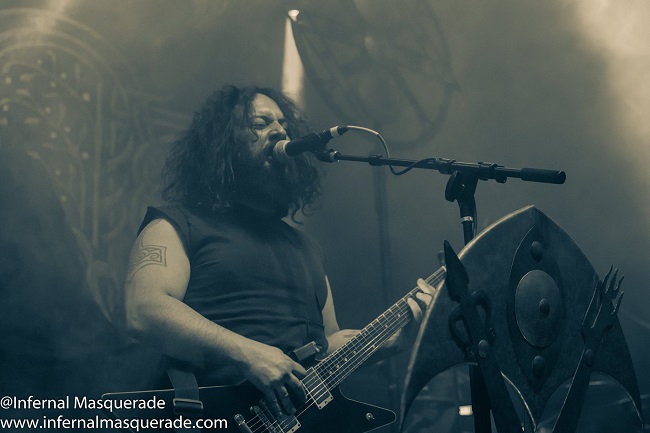 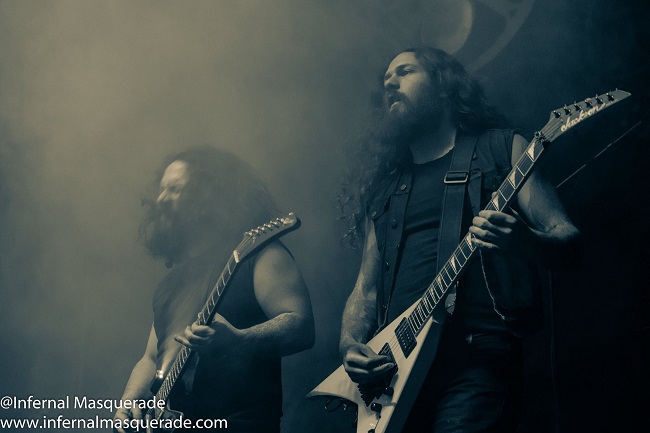 Creating a very powerful musical aura, the band pummeled through their set with gusto and surgical precision. Delivering perfect renditions of their studio songs, the band delivers powerful and yet precise live shows that are a sight to be seen and heard.

Wolves in the Throne Room setlist: 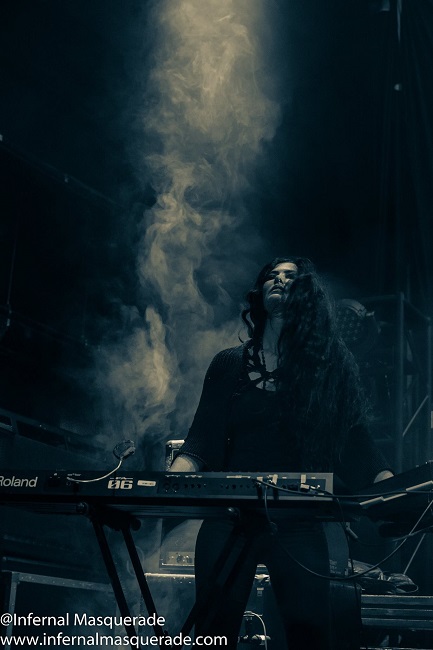 Legendary Melodic Death Metal outfit At the Gates is known for their high energy shows and they did not disappoint with a set of old-school hits mixed in with their latest efforts. Tomas Lindberg is a charismatic front-man and it is always engaging with the crowd and his band mates from decades. 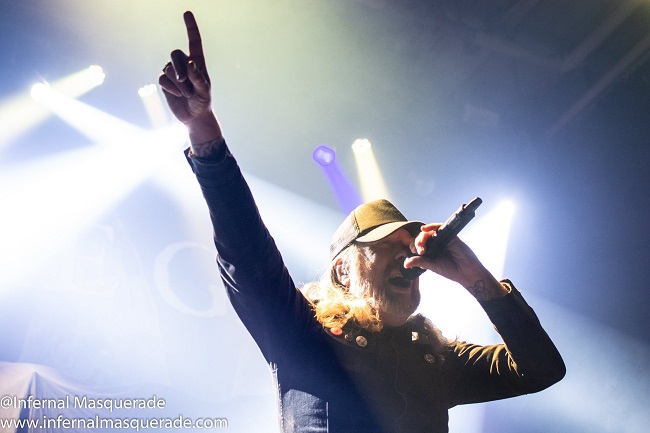 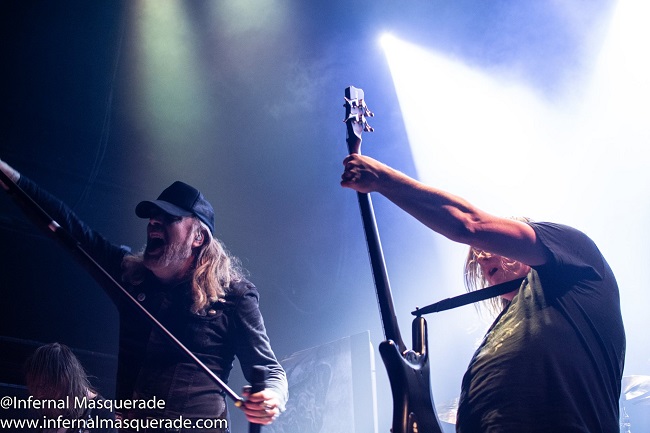 With plenty of fans turning up for the band’s classical Gothenburg Death Metal sound, the band delivered a very intense performance with tons of people headbanging from start to finish. 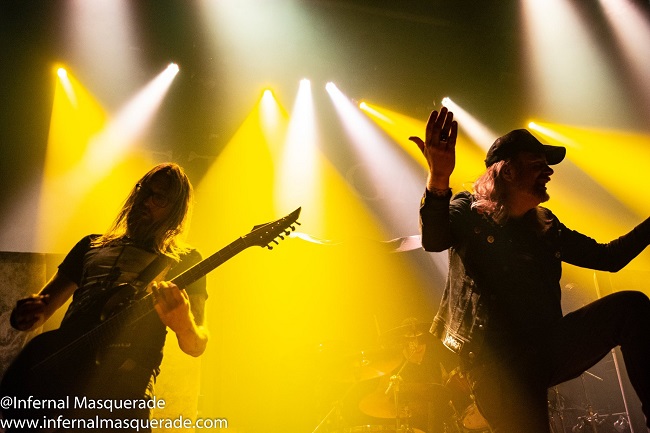 The expectation was certainly growing as the last band stopped playing, and it was time for Behemoth to ravage the stage. After dropping “I Loved you at Your Darkest” a few days ago, everybody at the venue was super eager to witness their high-octane live show and hear and feel the power of their crushing music.

Nergal is definitely one of the most intense front-men in Metal and he never disappoints with a grim reaper-like presence. The moment he came out and delivered the first notes out of his guitar, the crowd at the Masquerade went completely nuts with plenty of crowd surfers. We have been covering shows at this venue for over a year now and haven’t seen this level of anticipation and excitement before. Not even in San Francisco a few years ago the crowd went as nuts as they did here. 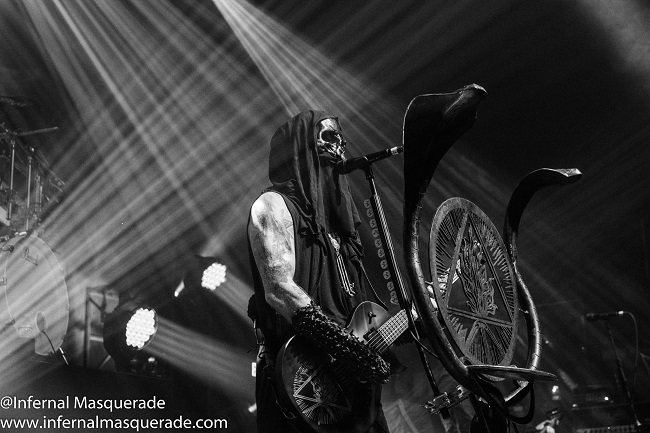 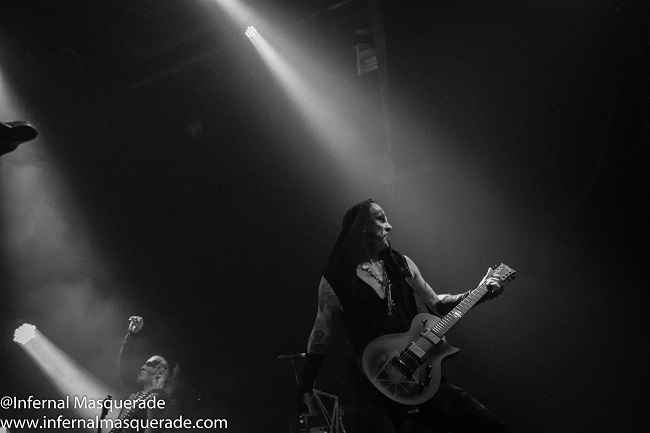 The band’s oppressive guitar sound was massive and you can feel guitars and bestial drumming thanks to an excellent production. With Orion and Inferno doing their part to deliver a killer show, the band fully immersed the crowd into their world with a brilliant light show and an expertly constructed selection of songs. 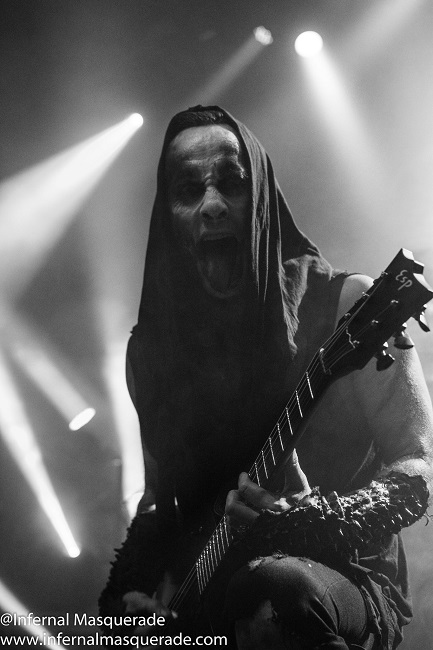 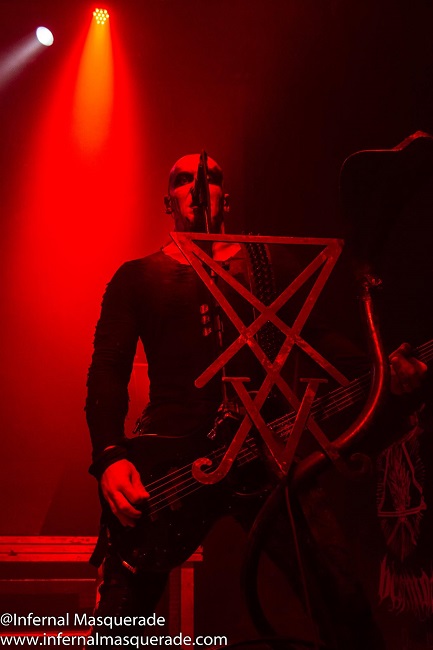 Overall, this was one of the best shows we have seen in awhile. Behemoth and the other band delivered brilliant sets while crafting their own unique atmospheres. We would like to thank the people at The Masquerade, Earsplit PR and Metal Blade Records for making this coverage possible.