Touring on support of their 2016’s release “Pocho Aztlan”, Brujeria finally made it to San Francisco with the company of Powerflo and Piñata Protest. On a Monday night, usually shows are not very full, but this one was the exception as a fully packed Slim’s was bracing to receive the unparalleled energy that Brujeria brings to the table.

Thanks to the shitty Bay Area traffic we unfortunately missed the entire set from Piñata Protest, we were looking forward to their show…. But I guess we have to leave it for another time. Next up was Powerflo and their mixture of hip-hop, metal, punk and even some hardcore. Featuring members from Biohazard (Billy Graziadei), Cypress Hill (Sen Dog) and Fear Factory (Christian Olde), this outfit delivered a very energetic performance that was quite entertaining to watch as people got into their music progressively more as their set went on. 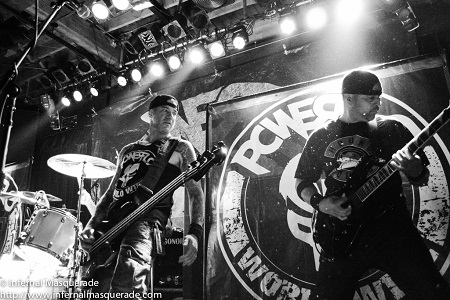 Playing for around 40 minutes, the band left the crowd quite pleased and engaged with their catchy songs and great stage chemistry.

With a very eager crowd ready, Brujeria took the stage and as soon that Juan Brujo came out, beer started flying and a loud cheer followed. We got drenched by beer as we were taking pictures and the band ripped through their opening song. Taking the stage with such confidence and poise, the band pummeled through hit songs like “Colas de Rata”, “La Migra”, “666” and the quite hilarious Shane Embury inspired “Satongo”.

With a live line-up of three vocalists, Juan Brujo, El Sangron, and Pinche Peach, the band did a great job in rendering crowd favorites like “Marcha de Odio” and “Anti-Castro”. It was also quite fun to see Hongo Jr back on drums and El Criminal on guitars, shaping the band’s line-up a bit differently since the last time we saw them in the Netherlands. 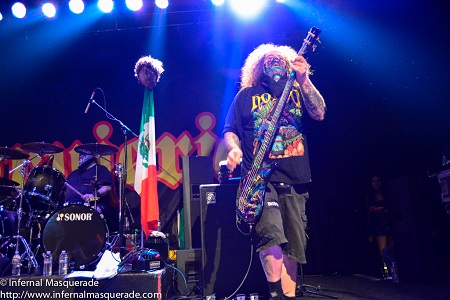 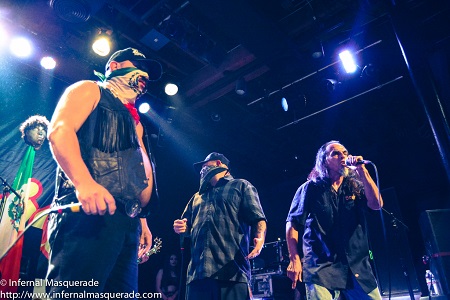 Closing with the band’s classic “Matando Gueros”, the crowd went nuts and the band finished and intense and highly hilarious performance. The set extended a bit when “Marijuana” was playing in the background as the band unloaded from the stage and even Jello Biafra from the Dead Kennedys made an appearance. 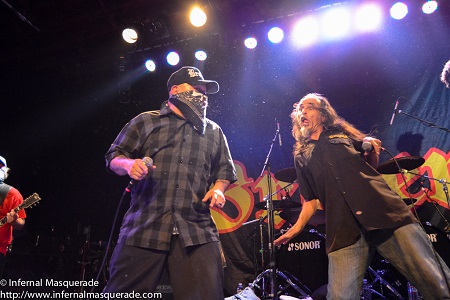 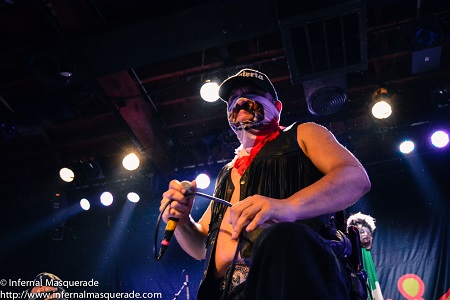 If you have never seen Brujeria live, you better come out to one of their shows as they are quite intense and even more hilarious live. This was definitely one of the most entertaining shows we have been to in a while, we would like to thank the people at Nuclear Blast and Slim’s for facilitating us covering this event.