As most tours hitting either San Francisco or Oakland, we were quite excited when we saw that Orphaned Land was coming through town as part of their short tour after their ProgPower USA appearance. The tour package was rounded up by Sweden’s Pain and their excellent Industrial/Electronic Metal/Rock music, and the mysterious Voodoo KungFu with their very unique and rare sound. After braving the craptastic Bay Area traffic, we managed to make it to the venue in less than an hour and just in time for Voodoo KungFu to take the stage. 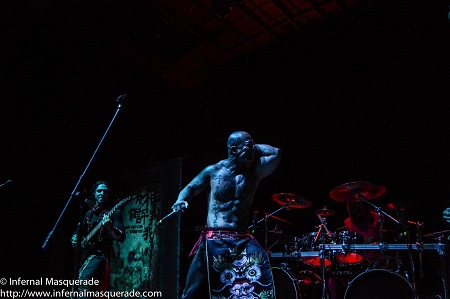 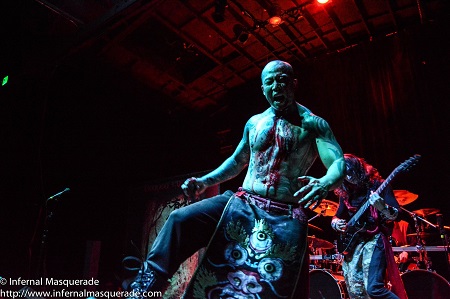 Looking like a possessed person, the band’s enigmatic vocalist Li Nan produced one of the most intense and truly unnerving performances we have ever seen. Unfortunately, the band’s set was quite short and after a few songs (This Shore, Bruce Lee, Theocracy), the band closed with a very unique rendition of Slayer’s Raining Blood.

Promoting their 2016 release, “Coming Home”, Pain took on the stage with the highly charismatic Peter Tägtgren wearing a straitjacket and ready to rock. Featuring Peter’s son, Sebastian, on drums, the band delivered a very intense set filled with catchy songs and highly engaging melodies. The band’s crowd interaction was quite engaging and even at some point some of the band members came down from the stage and kept playing their instruments while walking around the crowd. 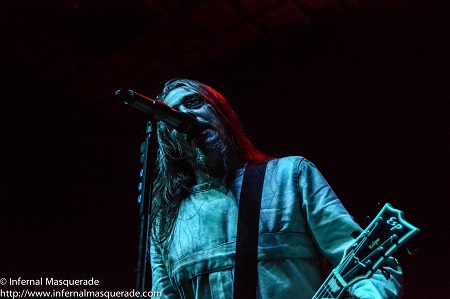 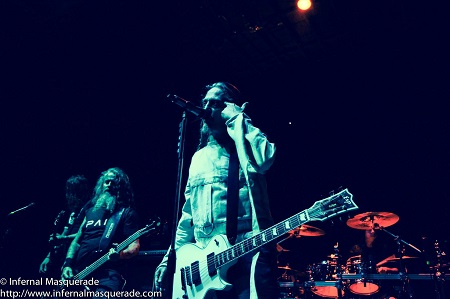 After the intense Pain set, and a little break, it was time for Orphaned Land to come out with their highly intoxicating Middle Eastern-influenced Progressive/Folk Metal music. Having seen the band twice at 70,000 tons of Metal earlier this year, we love their live intensity and how people respond to their music.

With such a unique style, most of the Pain fans moved to the back of the venue while all the Orphaned Land fans got closer to the stage and ready to party with the band’s signature songs that allow for both a good dose of headbanging and some dancing as well. Playing for over 60 minutes, the band’s set was very well balanced featuring the hits that all fans were expecting. The band also treated their fans with a belly dancer that adds tons of character to their music and the whole live experience from the band. 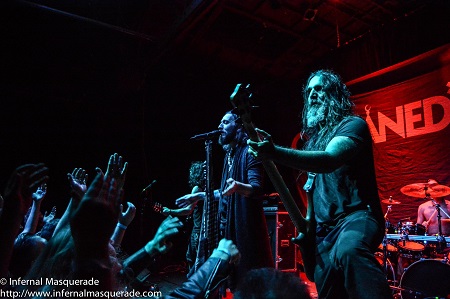 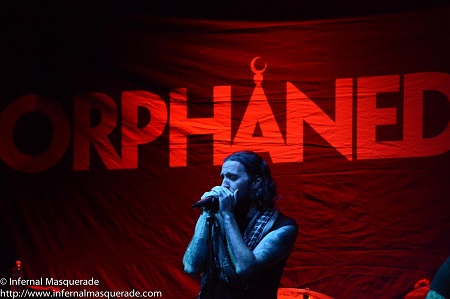 Overall, we were quite pleased with the powerful and diverse package and the turnout for a Wednesday show. We would like to thank the people over at Nuclear Blast and the Oakland Metro Opera house for making this possible and we are ready for the next show!