Braving once more the Bay Area traffic after work, today we made it up to the city to catch this very interesting tour featuring very technically proficient bands from different genres. Unluckily for us, the show started super early and thanks to the two and a half hours that traffic made our commute take, we managed to miss ONI and half the set of Exmortus. Only catching a few songs from Exmortus, we still enjoyed a few tracks of their intense Technical Thrash/Melodic Death Metal.

Taking the stage for a second time this year in San Francisco, Abbath again demonstrated that he was the driving force behind Immortal and that he is clearly doing his thing with his solo project. Tearing through old Immortal fan favorites and his new music, the decibel level clearly was increased for his vibrant and crushing set. 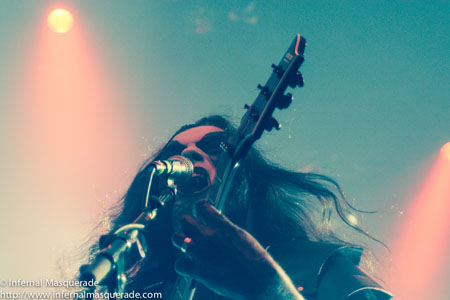 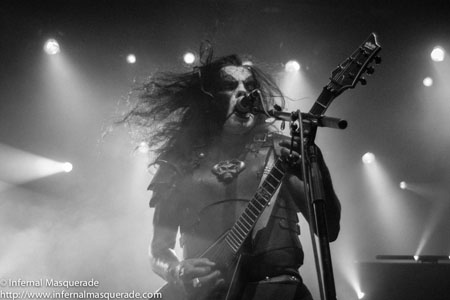 With Abbath clowning around on stage while pounding on his guitar, his stage presence is quite engaging and very dynamic. People instantly started moshing and headbanging relentlessly as the first few Immortal tracks came out of his guitar. 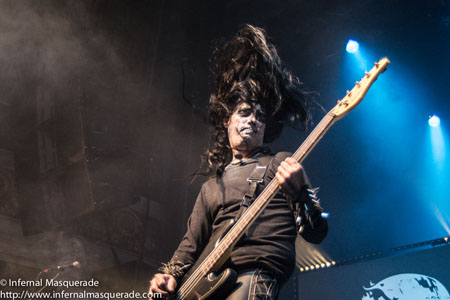 To War!
Nebular Ravens Winter
Warriors
Ashes of the Damned
Fenrir Hunts
Tyrants
One by One
In My Kingdom Cold
Winter bane
Solar fall
All Shall Fall
Count the Dead

There are only a few bands that I would say could top the intensity of Abbath and luckily Children of Bodom is one of them. The band took the stage with furious intensity and ripped through tracks like “Needled 24/7”, “Follow the Reaper” and “Living Dead Beat”. With the band switching between older and newer songs they achieved a perfect balance of engagement with older and newer fans. However, when “Every Time I Die” and “Silent Night, Bodom Night”, everybody started moshing and even crowd surfing like crazy. 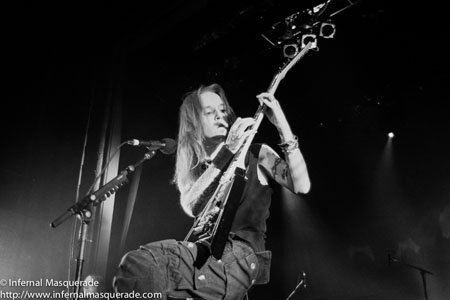 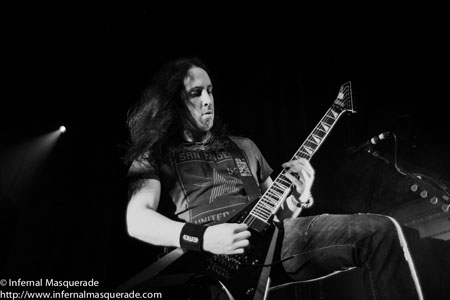 As the perfect promotional tool for their latest opus “I Worship Chaos”, the band did a pretty good job of delivering solid renditions of the album’s title track and a few other standouts. Closing with “Hate Me!” and “Downfall”, people were totally satisfied by another intense sent on a Monday night. 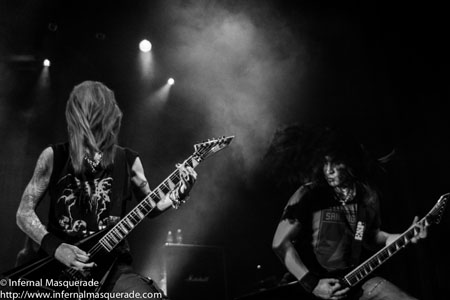 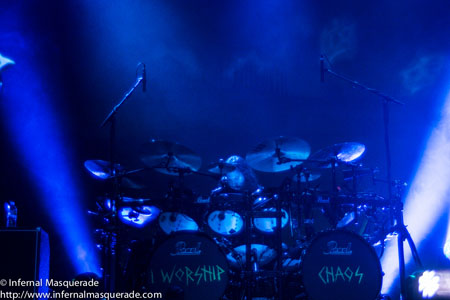 Needled 24/7
Follow the Reaper
Living Dead Beat
Trashed, Lost & Strung-out
Morrigan
In Your Face
My Bodom (I Am the Only One)
Every time I Die
Bodom After Midnight
Silent Night, Bodom Night
I Worship Chaos
Angels Don't Kill
Lake Bodom
Children of Decadence

We would like to thank Nuclear Blast, especially Kristin and the great people at The Regency ballroom which make our job always very easy.