After braving the terrible Bay Area traffic on a Friday, we managed to make it all the way to the city and found a huge line outside Slim’s. With the promise of a quality show, fans crowded the venue to support the bands. Most people had Sonata Arctica t-shirts followed closely by fans of Omnium Gatherum and Leaves’ Eyes.

Starting exactly at 9 PM, we had Omnium Gatherum storm the very crowded stage with great intensity and charisma. Since most band’s gear was on stage, the band looked a bit cramped up, but nothing like their previous Bay Area appearance when they played in the tiny Thee Parkside. With better stage real estate, the band demonstrates why they are one of the best Melodic Death Metal bands in the world as their live show perfectly matches their amazing releases. 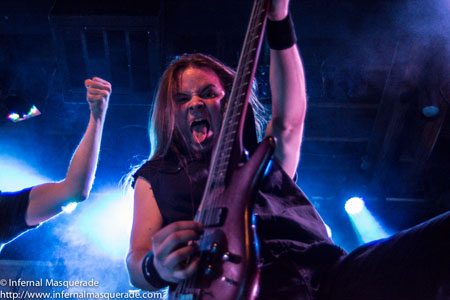 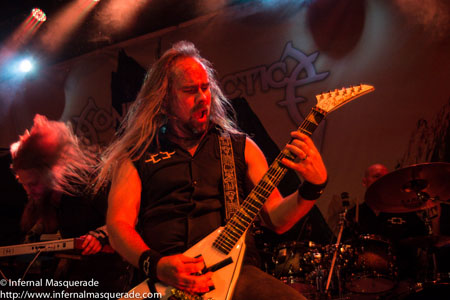 After a short but amazing set, the band’s set came to an end with the headbanging anthem “New World Shadows”. We can’t wait to see them live twice at 70,000 tons of Metal this coming February.

As the first tour after their dismissal of Liv Kristine from the band and the addition of Elina Siirala on vocals, we were quite curious to see how the band sounded with the new singer. Not disappointing in one bit, the band took the stage with great enthusiasm and by the end the show they won over any skeptic about their singer transition. 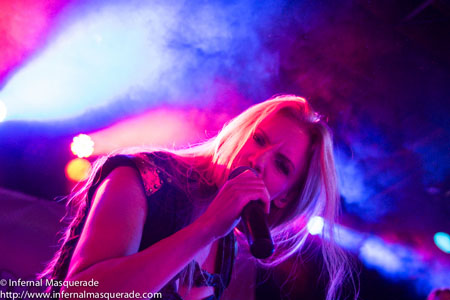 With Elina singing classic tracks like “My Destiny”, we were quite impressed with her vocal range and charisma on stage. People started going crazy when Alexander Krull came out wearing a helmet and chain mail adding to the performance theatrics of tracks like “Fires in the North”. Overall the band have a pretty solid performance that was quite intense and had all people in the audience cheering, headbanging and even ‘dancing’ for the duration of their set.

Closing an already pretty eventful and exciting night, Sonata Arctica was set to take the stage for around 90 minute to promote their latest opus “The Ninth Hour”. Tony Kakko and company have been quite busy promoting this new album and it is the second time they visit the area in 2016. However, the band’s fans were pretty excited to see their excellent live chemistry and intensity once more this year. 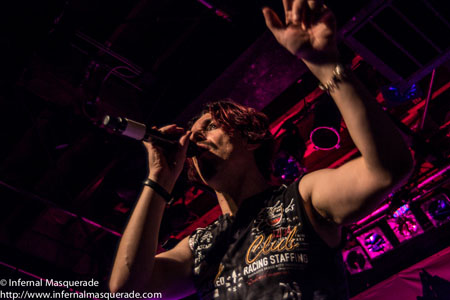 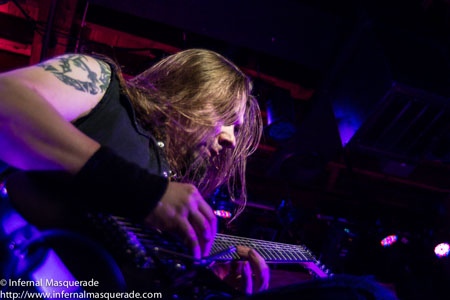 As the show warms up, every time the band plays their greatest hits like “The Wolves Die Young” and “Tallulah” people go nuts and start singing along in unison. The band’s live show is quite tight and perfectly crafted around Tony’s charisma and brilliant crowd interactions. 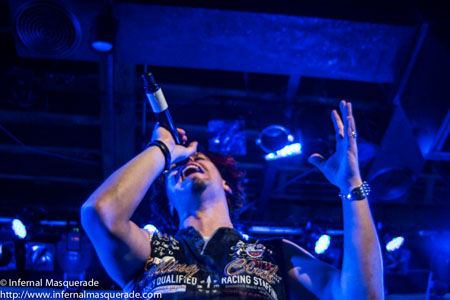 We Are What We Are (Intro)
Closer to an Animal
Life
The Wolves Die Young
In Black and White
Tallulah
Fairytale
FullMoon
Among the Shooting Stars
No More Silence
Abandoned, Pleased, Brainwashed, Exploited
We Are What We Are
The Power of One (preceded by Elias' Guitar Solo)

Encore:
I Have a Right
Don't Say a Word (with Vodka outro)

Overall, this was a great show featuring established bands that greatly enjoy pleasing their fans by giving them solid performances every single time. We would like to thanks the people at Nuclear Blast, especially Kristin, and the people at Slim’s / Golden Voice  for another great show and excellent hospitality.