Having missed attending this very unique festival in 2015, there was no way we will not attend this year with the very impressive lineup. While Balve is a very unique location, it is also a bit of a pain to get there. There is definitely train service, but it is not as frequent as one would expect. This made the decision of renting a car to be able to make our flight back to the states in time on Sunday a no brainer. Another drawback of the remote location is that there are very few housing options, making it a race to book the few hotels or camp. Regardless of these issues, making it to the cave is definitely a unique experience and the festival curation makes it all worth it.

Opening the festival we had Folk outfit Hekate and their very trance inducing music. Founded in 1992, this is one of the must-watch bands for fans of the genre. Giving a very heartfelt and authentic performance, the band played for over 40 minutes and nicely warmed up the crowd for a full day of unique (and some first) performances. 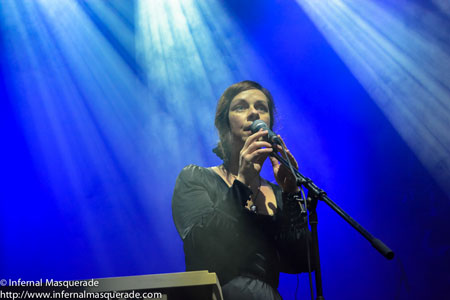 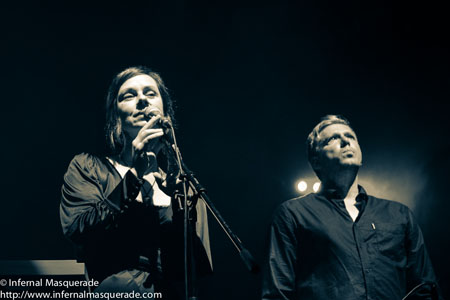 Germ was one of the main reasons we can all the way from the USA for this event and they took the stage by storm. Opening their set with “Butterfly” featuring Audrey Sylvain live, the crowd went nuts. This was confirmed via the internet a few days, but it was quite an experience to see it live. Sadly Audrey’s performance was quite short, but the band kept going through their hits and very emotional tracks. While the live setup was pretty good and the guitarists did a great job, we were a bit disappointed that all the keyboards where sampled, which in our opinion takes out the magic of Germ’s music. 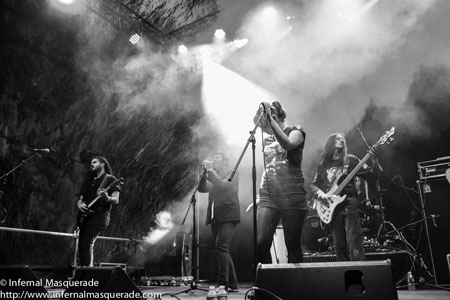 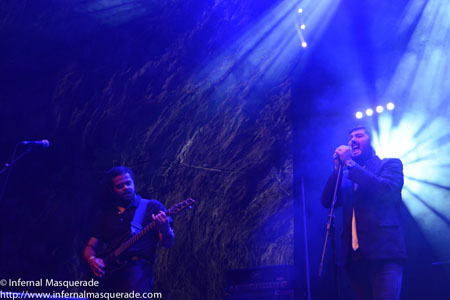 After an overall pretty solid performance by Germ, one of our favorite bands of all time was coming up next: Les Discrets.

With all the changes going around Les Discrets and after witnessing their last show with basically Alcest as live members at Roadburn 2013, we were excited to hear how their new incarnation (and music) will sound. Led by Fursy Teyssier, the band had a pretty elaborate musical setup on stage with plenty of guitars, pedals, keyboards, etc. This is the reason we attend shows, as we want to see and hear the band play their songs live and all the little elements which makes them magical, not hear just hear a recording of it. 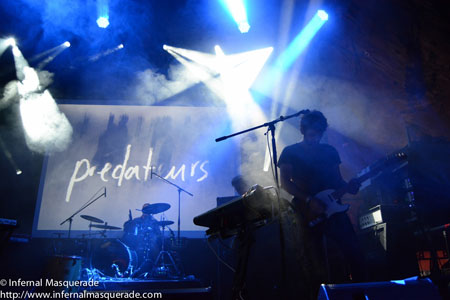 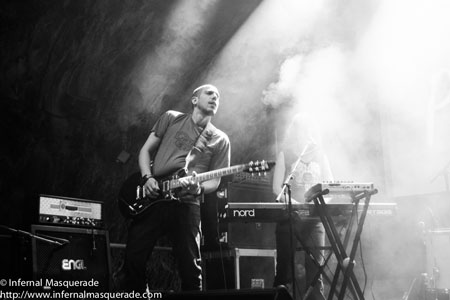 The new musicians in Les Discrets gave the old songs tons of extra new elements making them sound even more magical. Having the keyboards/female vocals live adds an extra level of atmosphere. Perfectly mixing new songs with old, Fursy has managed to efficiently transition Les Discrets into the future while keeping their older sound involved in the mix. 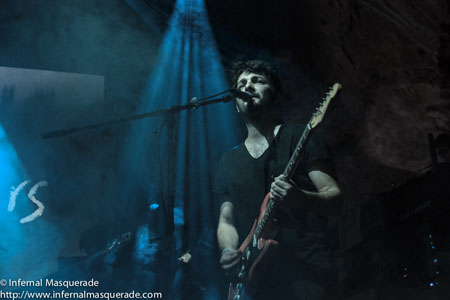 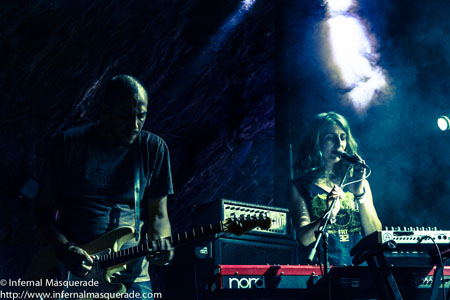 After being blown away by how the old songs sound with the new musicians and how the new songs evolve the band’s sound, we needed a bit of a break to take it all in. After such a high, it was a bit contrasting to have Iron Mountain play next.

Mixing Post-Rock with Kraut Rock and Celtic elements, this band had a great live sound but failed to catch our attention enough for us to forgo eating and drinking to watch them live. We caught a few songs and headed out to the light for some food and beer. 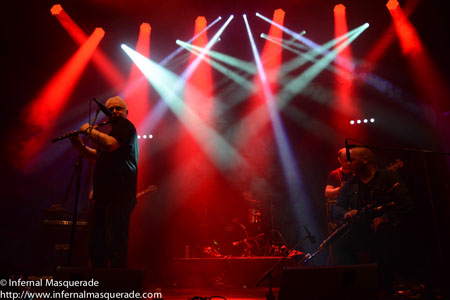 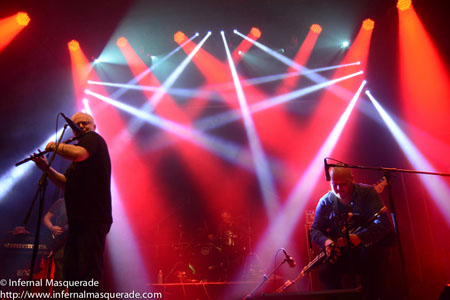 Expecting an acoustic concert from Secrets of the Moon, we were quite surprised they decided to do a full-on electric set filled with atmosphere and melancholy. The band has a very imposing and mysterious stage presence which allows them to deliver a crushing wall of atmosphere and distortion. As one of the loudest bands of day, the sheer power of their set was enough to leave many people extremely exhausted. 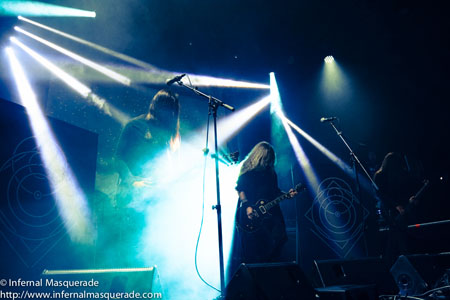 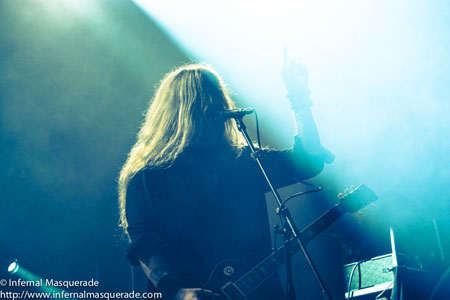 With the mood perfectly set the cave filled up quickly for Helrunar set. We have never been huge fans of their music, but the band delivered a pretty solid performance. 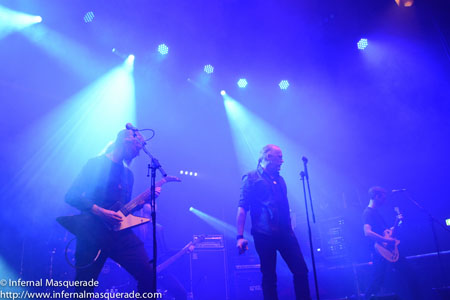 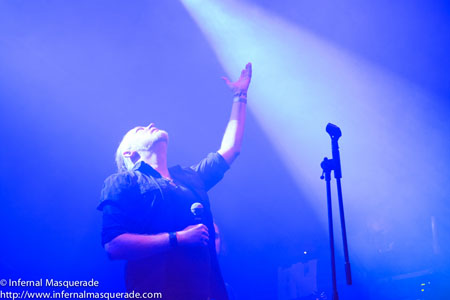 Overall, we had a great first day with amazing performances and an excellent venue to explore. We will give more details of the venue in our Day 2 report.