After a very busy October covering a wide variety of shows, the show we have been the most psyched about was Purson and Ghost. We are great fans of Purson and their psychedelic music since their “The Circle and the Blue Door” release (review here). 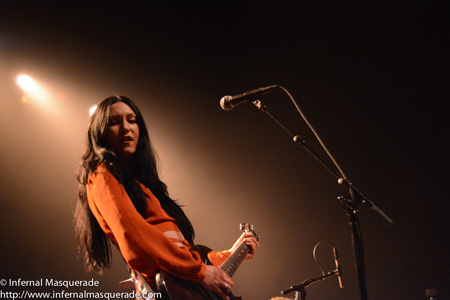 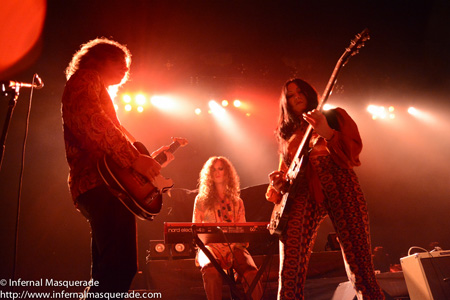 The Warfield is one of the best venues for shows in San Francisco and having the bands play here was going to make for a great evening. Barely making it inside the venue in time (and after being harassed by a hobo lady outside), we made our way to the photo pit to cover Purson, which started 30 minutes before the venue and the tickets said the show will start. 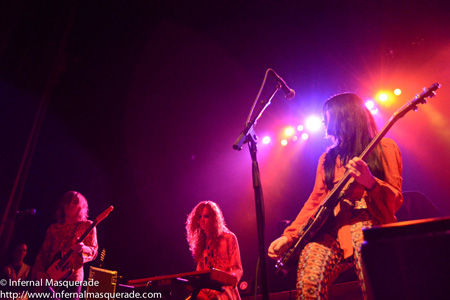 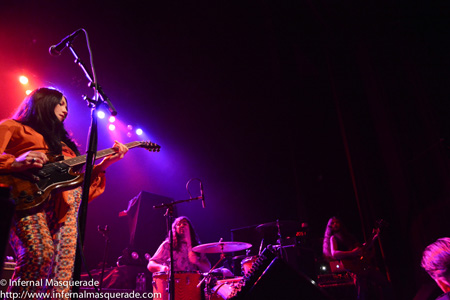 Playing a few songs from their upcoming album, and a set of around 40-45 minutes, the band made a great impression on all attending and most likely gathered a slew of new fans. Giving a very eclectic and engaging show, we can’t wait to have the band circle around the area on an upcoming tour.

With the venue nearly at capacity, the moment that Ghost’s people close the curtains to setup for the band, people roared with excitement. As the band’s stage time grew closer, people continued to cheer the band. We have only seen such reactions when bands of the caliber of King Diamond and Nightwish take the stage. Finally the nameless ghouls took the stage in a commanding way and people went totally nuts, with several crow surfers making it all the way to the front of the stage instantly. 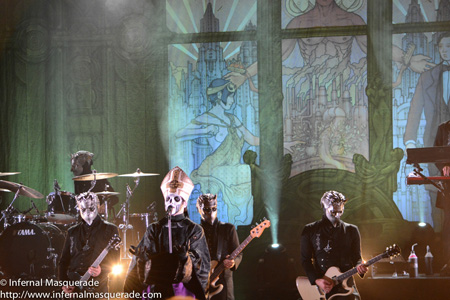 Playing plenty of songs from their latest release “Meliora”, the band had the entire crowd in awe as they pummeled through their set list.

Monstrance Clock
The Host of Seraphim (Dead Can Dance song) 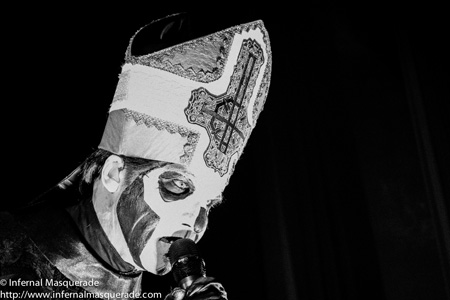 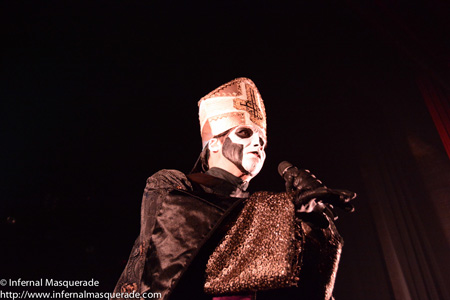 As one of the most intense and entertaining shows of 2015, Ghost and Purson gave the people attending a great evening of well-crafted and enjoyable music. We will gladly wait for either band to return to the area to enjoy their spectacles once more in the future. A big thanks goes to Amy and the band’s tour managers for sorting out our credentials.