Labeled as the most brutal tour this summer, the summer slaughter tour finally came our way one day before it concluded its run. We bad luck the organizers experience with Obscura’s immigration issues bummed us out since we really wanted to catch them live, but the other bands did a killer job in exhausting everybody present thanks to their crushing brutality and high intensity sets. The Regency Ballroom is a great place for shows and even after the doors opened over an hour late and the first band hit the stage almost another hour after the doors opened, this show was totally worth the money and time.

Opening the show we had to suffer with the winner of some contest placed as the first band. The kids from Mobb, while very enthusiastic, their music needs a bit of time to mature and find its own identity. We do have to give props to their excellent guitarist that shredded away through their 20 minutes of playing time.

Next up was the Canadian outfit: Beyond Creation. With their intense Progressive/Technical Death Metal tracks, the band delivered sheer brutality perfectly adorned with insane technical sections. This band felt like Obscura, but with an even more brutal edge to them. Having released two studio albums, the band had enough killer songs to fill their relatively show set time. If you are into the genre, the band is worth checking out over here. 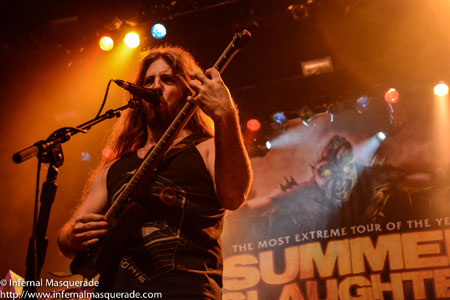 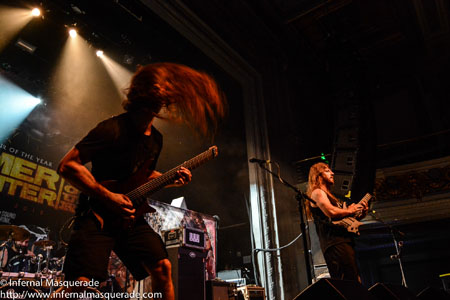 After being blow away by Beyond Creation, the crow started to grow impatient as many of the wanted to watch Cattle Decapitation decimate the venue. Many people in the crowd had the band’s t-shirts and the expectation was through the roof. The level of brutality was cranked up to 11 as soon as the band hit the stage and after one song the mosh pit had already started with people going insane alongside the band’s crushing set. Having recently unleashed “The Anthropocene Extinction”, the band played a couple of tracks of this excellent release (read our review here). 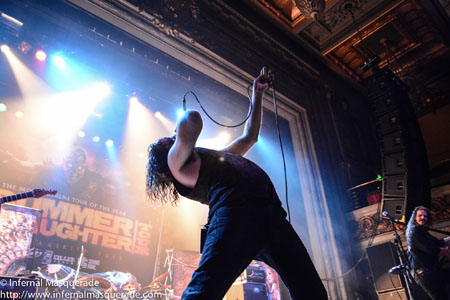 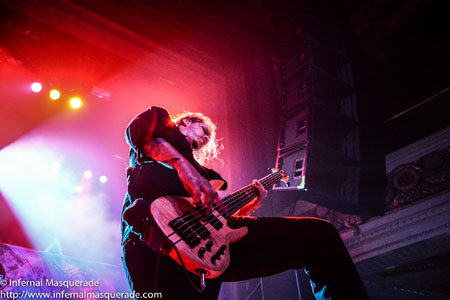 Interestingly enough some people actually left after the band played, showing that Cattle Decapitation has very dedicated fans and that they don’t mind paying for a larger show in order to get their fix. The next three bands are not of our liking, but they did do a good job in keeping the crowd moshing, in particular the killer circle pit that happened during The Acacia Strain. 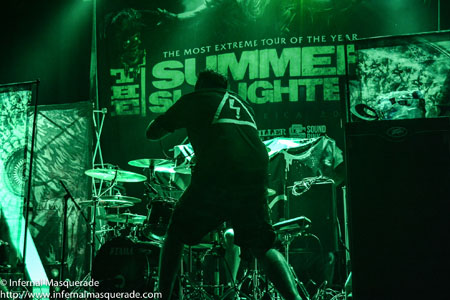 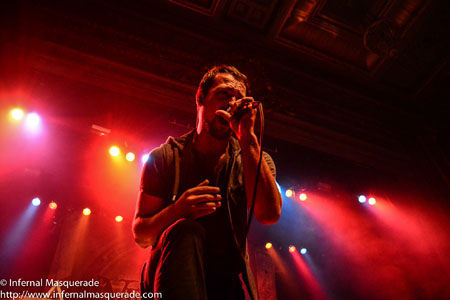 Veil of Maya has great stage presence and delivered quite an powerful set, mixing extremely harsh sections with clean vocals. 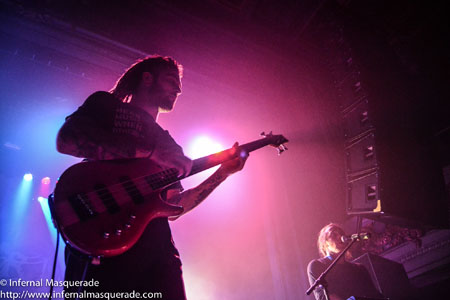 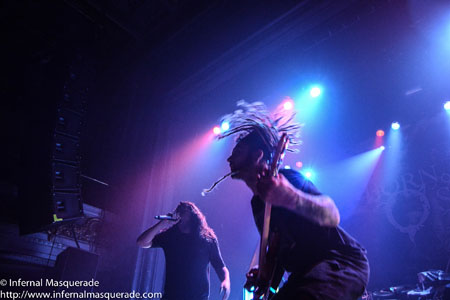 Reminding us of German outfit We Butter the Bread With Butter, Born of Osiris actually provided quite a different approach to brutality that we originally anticipated. The band’s keyboardist does a great job in differentiating the band’s sound from the rest.

Closing the evening we had Arch Enemy, sadly many of the young fans of the previous three bands had already left the show (school the next day?). However, all the hardcore fans of the band remained present and went crazy as the band opened their crushing set with an intro and went straight to “Yesterday Is Dead and Gone”. With Jeff Loomis on guitar, this band is even more awesome than before, pulling off all their intricate tracks with great ease and clarity. 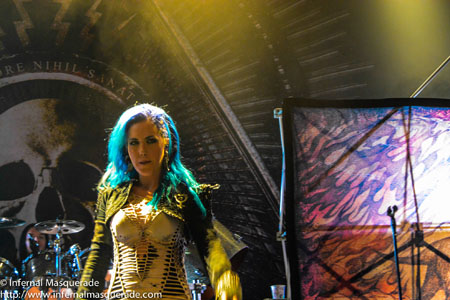 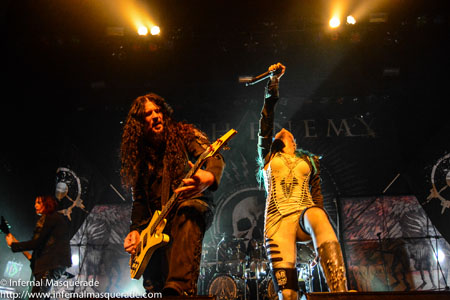 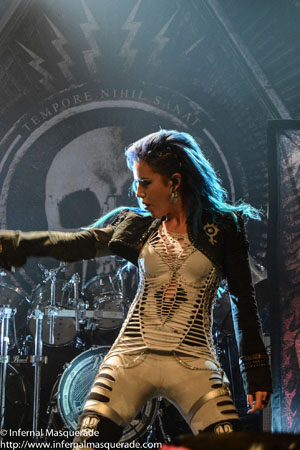 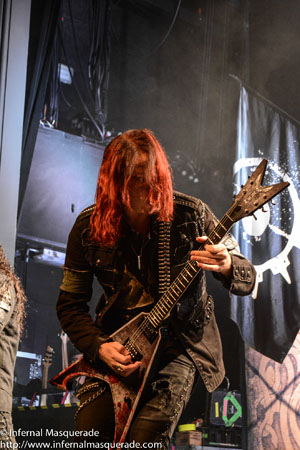 Never being huge followers of the band when Angela Gossow was their leader, since Alissa White-Gluz joined we have been converted as her voice sound (in our opinion) considerably better and more brutal. The band is truly world class and delivered a great set with tons of energy, crazy guitar solos and an overall stage chemistry that only a handful of bands have.

Overall, this edition of Summer Slaughter tour was pretty solid and indeed very extreme. All regular bands gave very solid performances and the fans left the venue completely exhausted from moshing and head banging. We would like to thank the people at EarSplit for hooking us up for the show, and the very friendly staff of Golden Voice and The Regency Ballroom for allowing us to cover the event with great ease.