Even with tons of shows coming to town each month, we have been super excited about the Nightwish tour since it was announced months ago. Along with Delain and Sabaton this is probably one of the most expected shows of 2014 and the crowd response was indicative of that. With the entirety of the floor tickets sold out even when there was another solid show across town, people gathered en-masse to show their support for these exciting bands.

For the first time in history of Metal music, the show started 30 minutes early with Delain taking the stage at 7:30 with less than a third of the people in the venue (when the theater said the show would start at 8 pm). We loved Delain on their last North American tour and we were bummed to have missed them. So, life lesson learned and always be at the Warfield early for the next shows.

As soon as we arrived, Sabaton was gearing up to taking the stage with their traditional poise and commanding presence. As soon as the band came out, the majority of the crowd went insane as the band ripped through: “Ghost Division”, “To Hell and Back” and “Carolus Rex”. With such intensity and determination, we have seen that the band is acquiring more and more followers as they continue to heavily tour in North America. Greatly winning the crowd with their charismatic interactions and excellent music, Sabaton is one of those rare few bands that combine skill, charisma and perseverance, and have managed to win over the North American audience. 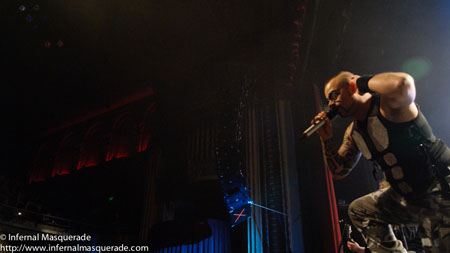 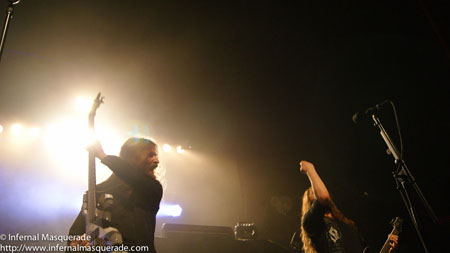 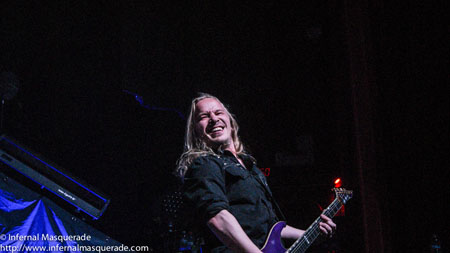 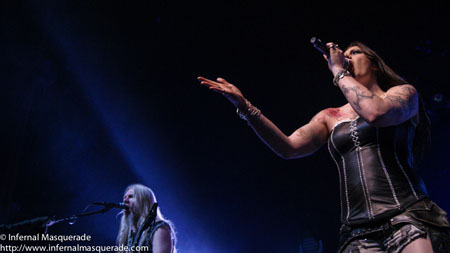 With “ Endless Forms Most Beautiful” having recently dropped, Nightwish is flying higher than ever. Playing through a very long and diverse set featuring tracks from almost all of their releases, Floor Jansen has done a great job in filling in on vocals and elevates the band sound back to their earlier days with Tarja. Mixing up the band’s new tracks with some of the older ones and changing the backdrop as they progressed, Nightwish truly delivers an amazing show well worth the ticket price. 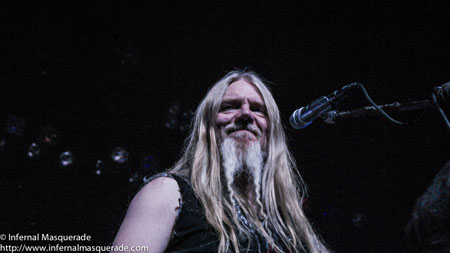 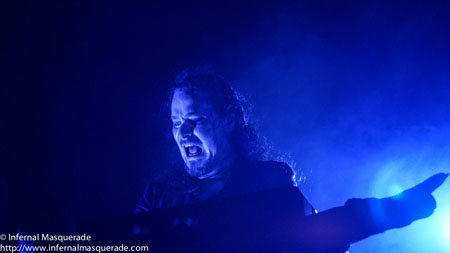 The crowd was going crazy with nearly every song the band played as they had fans that have followed them since the beginning. We got very excited to listen to a brilliant rendition of “She is My Sin”, the amazing old-school “Stargazers” and “Sleeping Sun”, with Floor doing them justice and bringing them back to life and to the band’s set list.

Overall, Nightwish delivered one of the best shows we have seen in quite a while. Having seen them with all three of their vocalists, Floor brings energy to the table that the band was missing in the past. Tuomas, Marco, Emppu, Floor and Troy Donockley have great stage chemistry and you can see that they are having fun while playing, making the show more enjoyable. 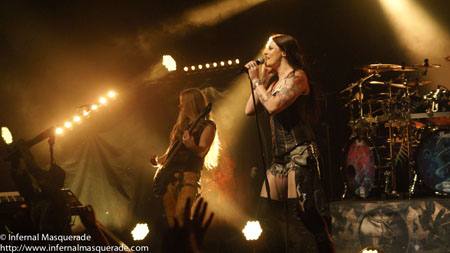 Thanks to the great people at the Warfield for facilitating taking pictures of this event and Nuclear Blast for hooking us for with a ticket to enjoy this event.