Featuring a very unique and crushing tour package “Chaos Raids 2015” is one hell of a tour for Black Metal and Brutal/Technical Death Metal fans. As the tour pillaged through North America, we were eager to see them pass by San Francisco and play at the DNA Lounge.

Opening the set we have locals Serpent Crown and their solid female-fronted Thrash/Sludge Metal. The band played for almost 30 minutes instantly pleasing the crowd with their catchy songs. 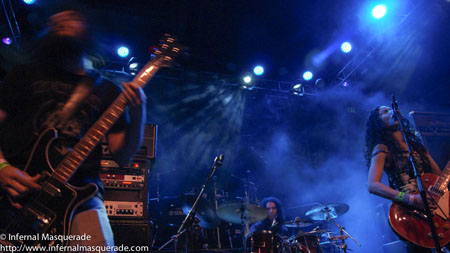 After a short but sweet set, Wolvhammer took the stage with their ravaging guitars and punishing vocals. Pummeling through larger songs, the mixture of harsh and clean vocals was very well received and the band created a trance-like atmosphere at the venue. 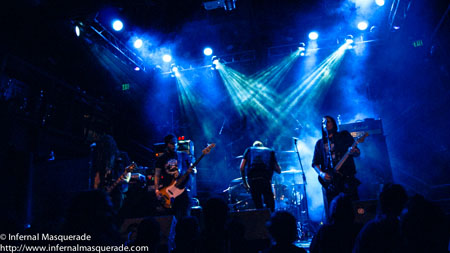 With the crowd going increasingly eager to see Abysmal Dawn, the band had a longer sound check than the first two bands, but managed to get things ready just in time. Having seen them a few months ago in a smaller venue, and seeing the excellent crowd handling skills from Charles Elliott, it was going to be a wild one at the DNA Lounge.

The band instantly got the crowd going with their technical Death Metal and had a big circle pit going very early into their set. With a longer set time than last time we saw them, this band can surely give one hell of a show. 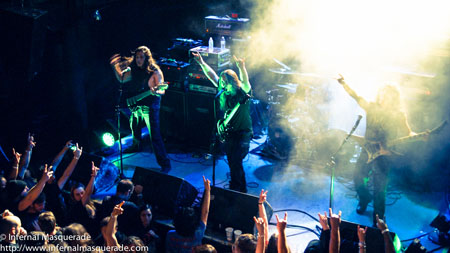 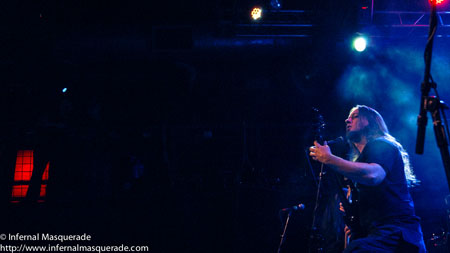 With the crowd well tired from headbanging to Abysmal Dawn, Origin took the stage and brought them back to life with their completely crushing music. Since the first song, the band made its mark with their fast-paced brutal music and completely melted everybody’s faces. Jason Keyser’s is one hell of a vocalist and has some great charisma on stage.

As the band pummeled through their music they encouraged fans to stage dive and crowd surf they responded going crazy, perfectly fitting the bands chaotic and devastating music. We have seen many live bands in our life, and this one is one of the best in terms of crowd engagement and responsiveness. 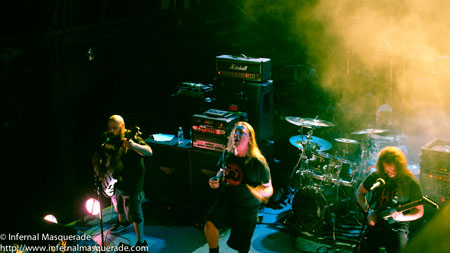 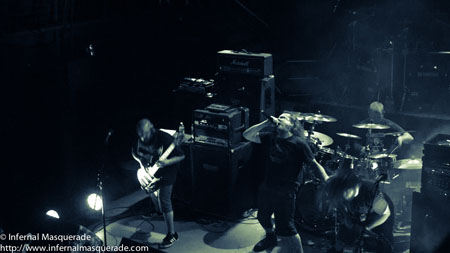 Closing the night we have Norway’s 1349 and their primitive Black Metal. Featuring all members in corpse paint and imposing stage outfits, the band took the stage amidst a cloud of fog and red lighting. 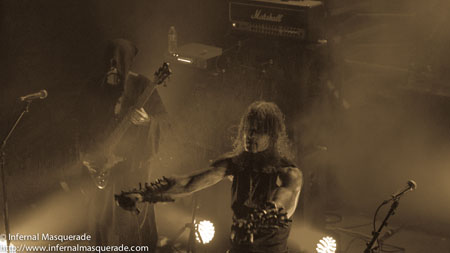 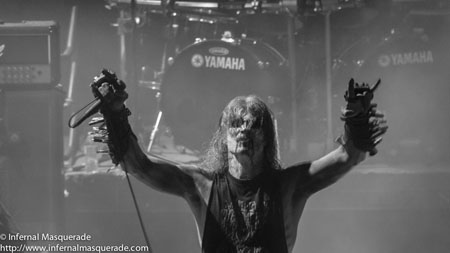 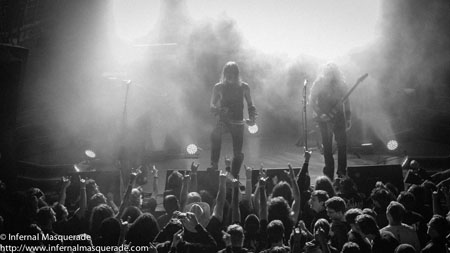 After the band's crushing set, people seemed pretty exhausted from the very intense evening that they witnessed and ready to recover on the Monday off from this epic 3-day weekend. We would like to thank all the staff at the DNA lounge that was pretty efficient on helping us with our credentials, and we will also like to thank Nuclear Blast for hooking us up with our credentials in order to cover this excellent song.