Hitting smaller markets this time around, Amon Amarth, Sabaton and Skeletonwitch team up for one hell of a lineup that combines some contrasting styles in a very solid package. Ditching work early, we made our way to Santa Cruz with enough time to spare in order to hydrate for the show. The sign outside the venue promised a very interesting lineup: Amon Amarth / Aaron Carter in the Atrium. Luckily for us, the Metal show had the bigger stage and all the grown up teeny bopers had a tiny section of the venue for their show. With a considerable amount of people already waiting in line 90 minutes before the show and a big 'sold out' sign in the will-call office, we knew this will be one hell of a show.

Starting exactly at 8 PM, Skeletonwitch took the stage before we came in and we only were able to snap a few pictures and catch a few songs. 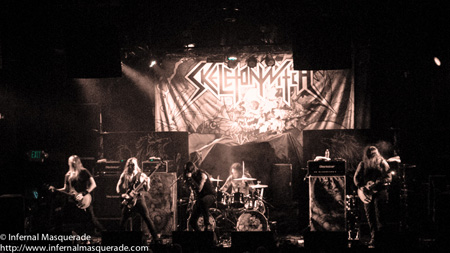 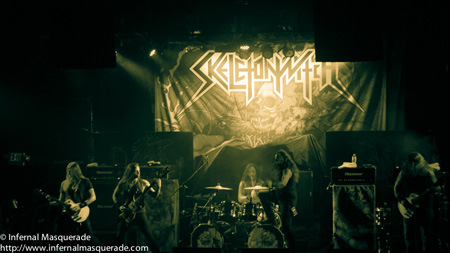 Once Skeletonwitch was done with their set, all the people dressed with camo clothing made it to the front of the stage for one of Metal's most epic bands: Sabaton.

Having seen them recently with ReVamp and Iced Earth, we definitely wanted some more of their epic Power Metal. Thanks to Joakim's charisma, the band always delivers an amazing live performance filled with skill and playful stage antics. 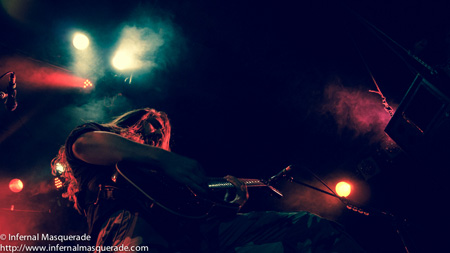 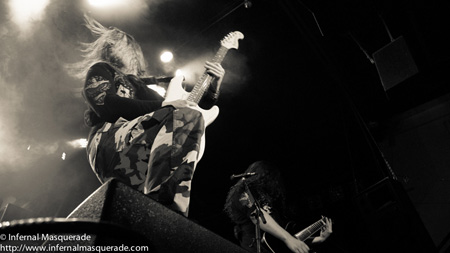 Playing through their nine-song set, the band deliver the usual antics with the addition (at least for us) of Joakim's playing guitar for a bit and greatly encouraging the crowd to go crazy. For the second time we see the band, they were even fuller of energy than before. Here is their full setlist: 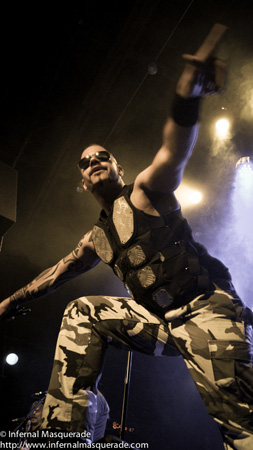 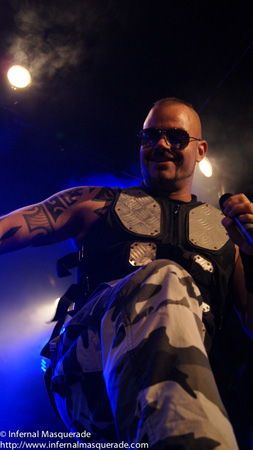 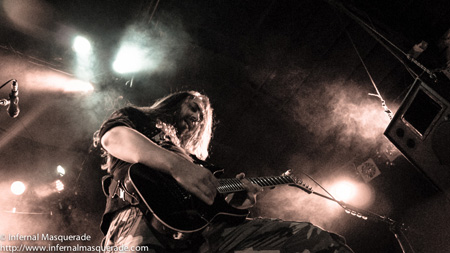 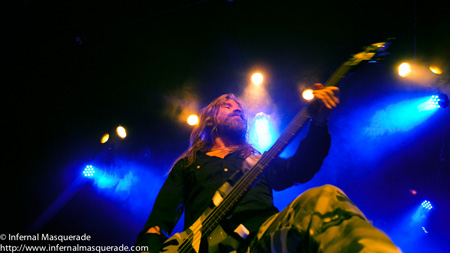 As the time neared 10 pm, you could hear the expectation of people for Amon Amarth to hit the stage. The band came to the stage as it filled with smoke and the crowd went nuts. As the band delivered the first riff, the crowd want insane and the circle pit instantly started. 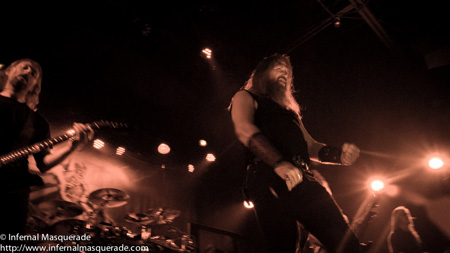 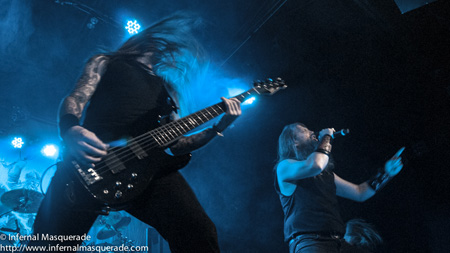 Taking pictures from the photo pit is always fun... unless the band has a massive crowd surfing audience. By the time the band played "Death in Fire", people were flying all over the place and security was scrambling to send them back to the crowd. This moment was quite epic and shows the kind of response the band instantly gets from its loyal audience. We have seen Amon Amarath in European Festivals and while the crowd goes wild with them, it felt more real and more intense in this smaller (600 people) club setting. 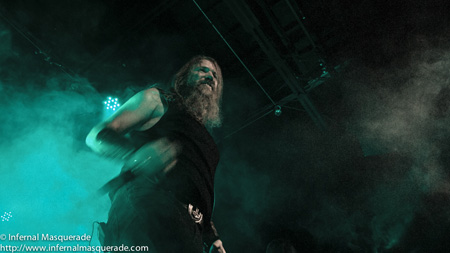 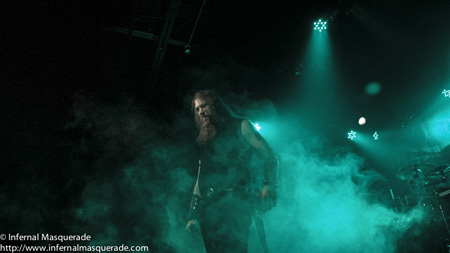 Pummeling through nearly 100 minutes of music, the band delivered an intense set full with all their hit songs and with the crowd going wild with every one of them. Full setlist:

Twilight of the Thunder God
The Pursuit of Vikings 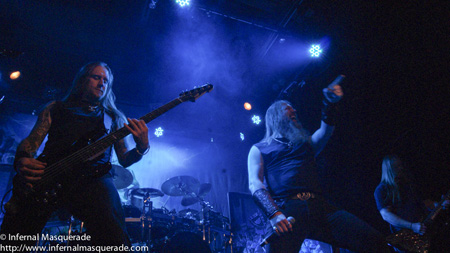 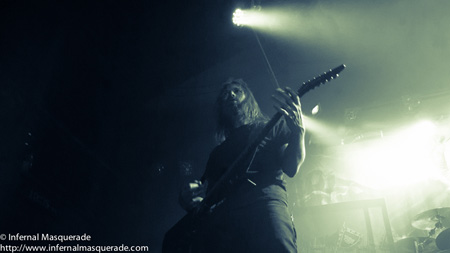