Closing our weekend of excessive drinking and live music, we had Anathema, Alcest and Mamiffer delivering one of the best shows we have seen in Denver, Co in the last few years. While the Anathema / Alcest combination might sound weird for some, being huge fans of both bands we were pretty psyched about this live show.

Opening the show we had Mamiffer, a very experimental project of Aaron Turner (ex-ISIS) and his wife. After watching many experimental and ‘unique’ bands over the weekend at Stella Natura 2013, we didn’t really feel like watching another ‘weird’ band playing but they still put on a very interesting show. The experimental/drone elements were engaging, but the lush combination of piano and female vocals made their music quite special. Aaron’s distorted guitar here and there was well introduced, but a bit too slow for our taste. While quite original and engaging, we didn’t really feel that they fit the bill for this show. 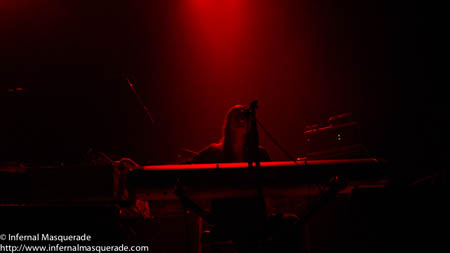 Having seen Alcest a couple of times before, most recently at Roadburn 2013, we knew they always deliver a very powerful and emotional show. The only thing that really stopped us from fully enjoying their set was the small technical issues with some of the microphones that introduced some feedback and crackling into the music here and there. While mixing up their hits from their previous releases with two songs from the upcoming “Shelter”, the band delivered a very well-crafted set-list that showcases all their strongpoints and their musical evolution over the years. We are particularly quite excited to listen to the band’s upcoming release, which leaves many of the ‘metal’ elements in the past and focuses more on Post-Rock / Shoegaze influences. 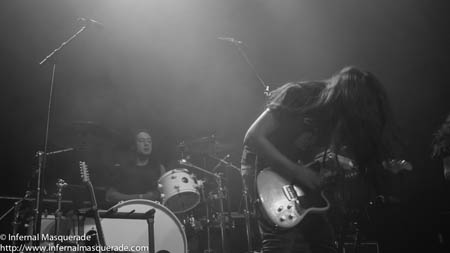 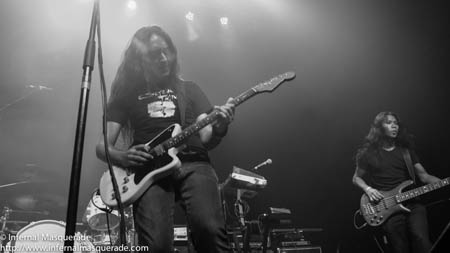 Being fans of Anathema since their “Serenades” days, it has been a few rough years since they have moved into Alternative/Indie Rock with their last two releases: “Weather Systems” and “We’re Here Because We’re Here”. While the band retains their very emotional and atmospheric nature, their music has gotten a lot more accessible and sometimes ‘pop-ish’ for our taste. However, every time we have seen them in the past (European festivals) they deliver a high-energy performance mixing up newer songs with older material. This North American tour features the band touring without their drummer John Douglas and their long-time bassist (and brother) Jamie Cavanagh. With great excitement and having the crowd go instantly insane, the band came on stage with great presence going through half their latest album as their set started. The crowd interaction of Danny and Vincent is quite entertaining, and the whole band seemed to be having the time of their life, however, we felt they left out plenty of songs we have seen them play in the past that totally make people go nuts like “Flying”, “Comfortably Numb”, and “Are you there?”. Regardless of this,  the band delivered a top notch performance filled with energy and excitement, we can’t wait to see them again in the future.

Visit our photo gallery of this event for more pictures of the bands here. 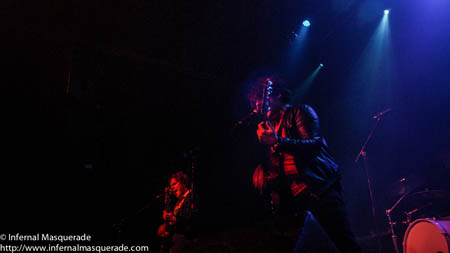 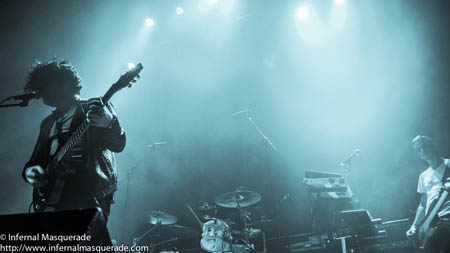