Originally not part of our Roadburn adventure, we decided to attend based on the fact that Sigh, Ihsahn and Leprous were added to the bill. Being super tired from the regular Roadburn days, we still had some energy left to sneak in some more music into our schedule. Being a Sunday in Europe we knew almost everything would be closed except for cafés and very few stores, so we decided to sleep until late and arrive an hour or so before the first band started.

Pleasantly surprised that the 013 venue was not as full as the previous days; we set up camp on one of the balcony areas in the venue to have a solid view and enjoy the music. Besides the three bands we wanted to see that day, we did not knew much about any of the other acts, so we decided to have them be a surprise rather than research them in advance. Astra was the first band in the bill for the day and they delivered a heavy dosage of psychedelic progressive rock. Being from the USA, we were pretty surprised we haven’t heard from this very well established band before, but now we can say we became fans of their very well crafted and intricate music. As a warm-up for Sigh, this band was pretty solid and got the crowd going with their tunes and authentic instrumentation. 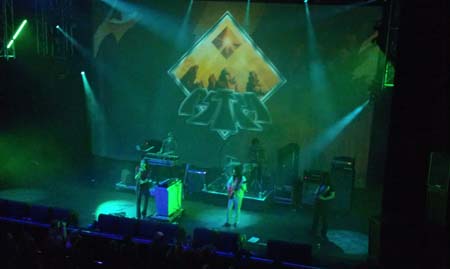 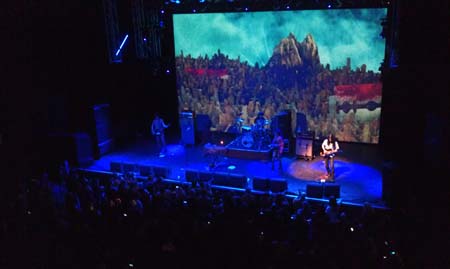 We have wanted to see Sigh live since the early days of Black Metal, and it was quite a treat to be able to catch them promoting their latest masterpiece of weirdness: “In Somniphobia”. This Japanese outfit delivers their super strange music with quite determination and they even had some kind of stage show that added to the overall atmosphere. We quite enjoyed their set since the band was able to engage the audience very quickly with their crazy on-stage antics. Mirai Kawashima and Dr. Mikannibal are excellent front persons and they manage to bring to life the band’s very complex and odd music. Also, the crazy projections on the backdrop were super awesome and made their set even more creepy and weird. We could not imagine their show to be any better, so they made a great impression on us. 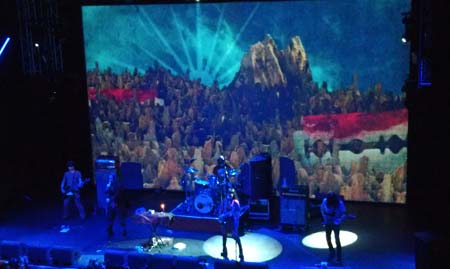 Taking advantage of a little break between bands we wanted to watch, we made it outside to catch some fresh air form all the people smoking weed up in the balcony area. As we headed outside we stopped by and briefly listened from a distance to a few songs from Nihill, a local band that delivered quite a brutal performance from what we heard from other attendees. We would have stayed longer but the Green Room was packed to capacity and standing in the hallway next to the bar was a bit annoying for people trying to get their beers.

Finally returning for “Spiritual Beggars”, the super band featuring Michael Amott, Ludwig Witt, Per Wiberg, Sharlee D'Angelo and Apollo Papathanasio on vocals, we found a pretty solid spot to enjoy such a superb band delivering catchy Stoner Rock tunes. We never been huge fans of the band, but their live set made us re-evaluate our position since all members gave their all in quite a powerful performance. Apollo is a great front-man for the band, but the individual solo’s from the members stole the show in our opinion. Coincidentally, we found their latest release “Earth Blues” waiting for us in our promo inbox that same day, so we will be giving them plenty of play time thanks to their very commanding performance at the Afterburner. 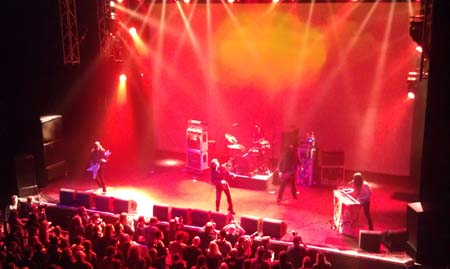 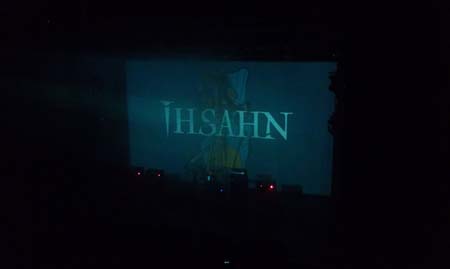 The moment we had been waiting for the whole day had arrived: Leprous and the Ihsahn. We have been huge fans of Ihsahn since his Emperor days and we have completely loved all the solo releases we has put out in the last few years. Leprous on the other hand, is probably one of the most promising Extreme Progressive Metal bands these days thanks to their extreme musical talent and intricate songwriting abilities. When we learned that Ihsahn was pairing with this promising band to bring his musical creations to life, we couldn’t have been more excited since the members of Leprous are more than capable of bringing his music to life. Leprous opened the set with around 40 minutes of their own music, presented a few tracks of their previous album “Bilateral” and a few songs of the up-coming “Coal”. The band’s intensity on stage is just amazing with everybody jumping up and down and going crazy with energy while nailing highly complex musical passages. Einar Solberg’s antics while playing keyboards and singing are just insane, making their live experience excellent. After playing their set, the band took a 5 minute breather and then Ihsahn came out. We had been super excited for this moment and this would basically be the culmination of our excellent time at Roadburn. Wasting to time, the band launches into a song from “After”. Missing Jørgen Munkeby, aka the Saxophone guy, they arranged to have Einar kind of do the Saxophone part with his vocals. This produced quite weird results and we would have preferred them to just use a sample instead, but it was quite unique indeed. The band delivered most of Ihsahns hits flawlessly after they managed to fix his guitars that were cutting off in the first two songs. The awesome layering of guitars used on his albums worked perfectly in the live setting thanks to Leprous very skilled guitarists Tor Oddmund Suhrke and Øystein Landsverk. The band’s live sound was excellent and very heavy, blowing other bands away with the combination of complexity and noise they generated. Cutting his set short for like 10 minutes, we had all we needed from the band to say that they completely killed it with their set and it was one of the most impressive live shows we have seen that day. 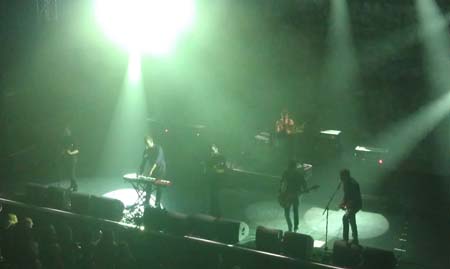 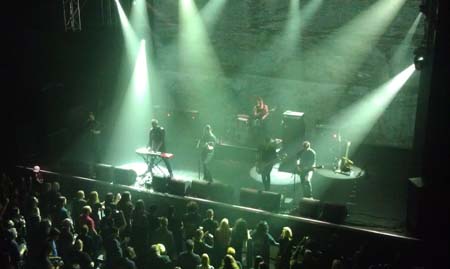 In order not to miss our bus back to the hotel, we decided to say goodbye to the 013 and Tilburg for 2013 and bowed to return to the festival at a later year. We have to say that the experience was excellent and all bands played killer sets and they sounded perfectly. The huge ordeal to attend was greatly justified even in the first day of the event, making the Roadburn experience something that any fan of underground music has to do once in their life time.

Having attended ton of other festivals, Roadburn has a very unique and family-like vibe to it. The people are pretty chill and we never saw any incidents with drunk (or just plain stupid) people. With minimal security, the festival goes very smoothly because of the wish of the attendees to have fun and enjoy music without any incidents. We never saw excessively drunk people just having a horrible time and making other people uncomfortable either. The community goes to this event to enjoy themselves and listen to music, people are very open to strike conversations with and nobody is disrespectful to anybody. The only issue we had was the people smoking and smoking weed inside the venues, that is just annoying and creates a very stuffy environment for non-smokers (or non-weed smokers). We left a couple of days with headaches form people hot boxing the balcony area smoking weed, but this still did not deter our mission of enjoying the bands and having fun.

The organization of this event is top notch and everything went down as smooth as possible. The artists also go to relax and most of them hanged out with the people outside of the venues and checked out other bands playing. This is very different from bigger open air events were they are just chilling at the VIP areas and never mixing with the real fans attending the events to see them play. The beer was flowing every day, and even though the token exchange rate was a bit odd, 2.5 Euros per token, and some stuff costs 1.5 tokens (WTF right?), it was fairly manageable and with the massive amounts of bars located through the venues, getting a tasty beverage was never an issue.

All venues are very intimate and provide excellent listening experiences, but they did get very crowded for some bands. While this is not an issue at an open air festival since you just stand in the back, the Green Room and Stage 01 had doors and did not allowed this when the venue was at capacity, making it a bit uncomfortable or even impossible to catch some bands if you didn’t arrive too early for them. The location of 013 is perfect within walking distance to the downtown area of Tilburg, the train station, and cafes that served great food and drinks at very reasonable prices.

If you are planning on attending Roadburn in the future, we cannot recommend it enough. We had a killer time on our pilgrimage to Roadburn and as music lovers; we haven’t enjoyed ourselves this much at any other festival we have attended over the years. Roadburn is one of those lifetime experiences that have to be experienced by yourself and no matter how much we can talk about it, you will still enjoy yourself even more. So better start saving up and getting time off in advance and plan your trip very early to witness one of the best festival in the planet on 2014 or whenever the time is right for you.