After an exhausting, but amazing, second day at Roadburn we decided to take it easy on our way from Oosterhout to Tilburg and stock up at the supermarket with some breakfast goodies and beer. Strolling around Tilburg in this nice day we had another long brunch involving the now famous (for us) toasties and relaxation. Knowing that the last day of the general Roadburn festival was going to be filled with bands that we really wanted to see live, we had to gather as much energy as we could before hitting up the 013 venue.

Leisurely arriving at the Main Stage before The Ocean started playing we enjoyed the sights and very good weather that evening. Playing their latest album “Pelagial” as intended, one full-set for the whole album, The Ocean delivered one of the highlights of the festival nailing all their tracks flawlessly and having a commanding stage presence greatly enhanced by their trippy ocean/water inspired projection. The band’s sound is as epic live as one can expect from their recordings and Robin Staps and company did a great job in bringing their excellent and intricate music to the live setting. Having found the best spot in the Main Stage area, in front of the mixing board, we set up campo for the first four hours of the day since we didn’t want to miss the upcoming performances. The steps on this venue make it perfect for almost anybody to see perfectly the band and the acoustics of the place are excellent (except underneath the balcony area). A very interesting observation is how the crowds changed between the different styles of the bands playing. While waiting for Alcest to come on stage, we saw that most of the same people we shared the sets of bands like Les Discrets and Lantlôs started to wander into the venue and finding their way to the front of the stage or find a good viewing/listening spot on more strategic locations at the venue. 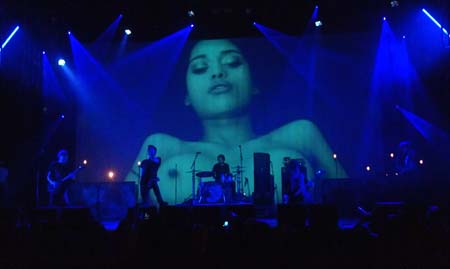 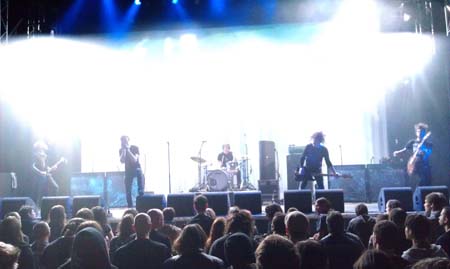 Having seen Alcest in one of their North American tours, we had high expectations for their live rendition of the complete “Les voyages de l'âme” album”. As one of our favorite releases from the band, this was one of the main factors for us to attend the festival. With an interesting stage setup, the drummer on one side, the band played the whole album without a hitch with Neige, Zero, Indria, and Winterhalter providing the best Alcest performance we have witnessed (so far?).  Finishing up the whole album set, the band went on to play a couple of the hit songs of “Écailles de Lune” making the crowd go even more euphoric with those popular songs. We have to say that we were 100% satisfied with how the band sounded and their rendition of this excellent album, making our attendance to the festival even more worthwhile and special. 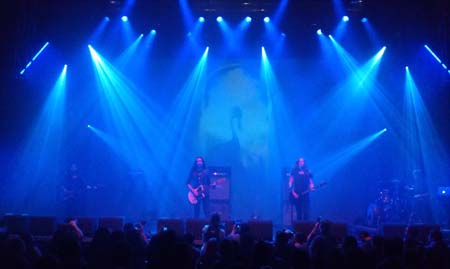 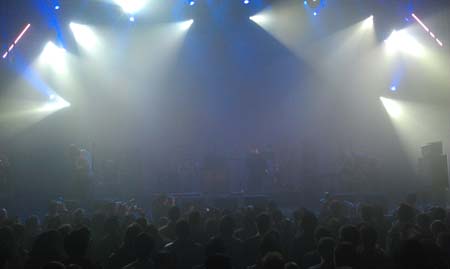 After the musical ecstasy of listening to Alcest, we stuck around for Cult of Luna and their highly atmospheric music. While we like Cult of Luna’s music on record, we have heard quite a mix bag of opinions of their live shows. Setting up their two drummers and massive amounts of equipment on stage was making a very good impression but their live show ended up being a bit too much for us. The ridiculous amounts of fog and strobe light abuse made it quite annoying after a few tracks. The band’s music is quite exciting, but the whole experience was ruined by not even being able to see the band playing and having to close our eyes a few times when the lightshow was just destroying our nervous system. Probably we are just getting too old for too many lights but it was just annoying so we left after a couple of songs. Also, it didn’t help that we had some guys smoking weed next to us since the show started amplifying our strobe-light infused headaches.

After grabbing a bit to eat and clearing our senses for a bit, we had to make the hardest choice of the weekend: decide between A Forest of Stars and Jess and The Ancient Ones. As the only scheduling issue we encountered this weekend, we are grateful that everything else played out perfectly but this was a hard choice. With Jess and The Ancient Ones playing at the tiny Green Room, we opted to attend that show and sacrifice A Forest of Stars. We tried to make it to the beginning of their set but the band started quite late and we decided to just go and get a decent spot for Jess and The Ancient Ones. Making it to an awesome spot in the balcony area of the Green Room, we were extremely psyched to finally see Jess and company deliver their trippy psychedelic music live. Not disappointing in one bit, the band delivered the goods with excellent precision and great atmosphere. Jess is one hell of a singer and her stage presence is very commanding. Going through songs of their latest EP and a few of their self-titled breakout album, the band finally played fan favorite: Sulfur Giants. We went crazy with this awesome song played perfectly live, greatly validating our decision of missing A Forest Of Stars for this excellent Finish band. 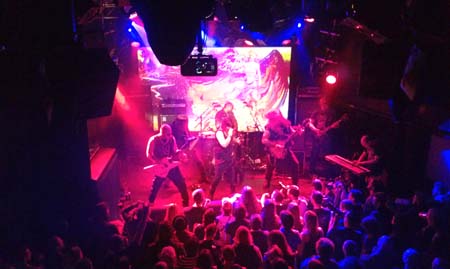 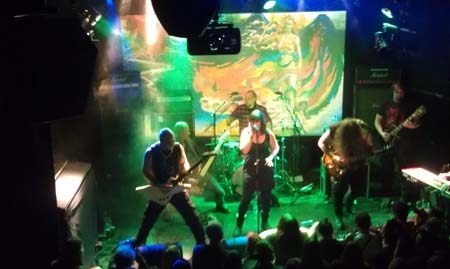 Since we already had a good spot at the Green Room, we decided to stay for the Ash Borer set. We have seen the band at Stella Natura 2012 and they crushed the main stage with their massive sound so we wanted another dosage of their excellent music. Wasting no time, the band’s sound immediately resonated through the whole venue thanks to their thunderous drums and powerful riffs. The effects they use greatly add to their overall massive sound and create a very think and heavy layer of distortion. With such a violent and massive sound the crowd started headbanging and going crazy with Ash Borer’s devastation. It is quite cool to see this band get the recognition and following they deserve in Europe. After 40 minutes of their set or so, we decided to move on to the Main Stage for a band we haven’t seen in years. 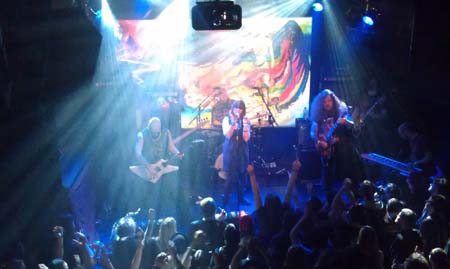 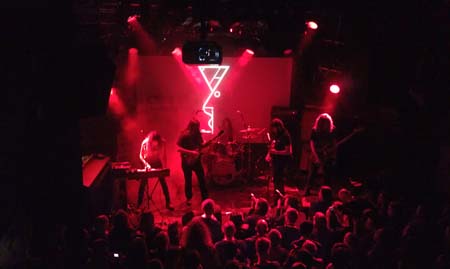 Godflesh is probably one of the first Metal bands that we listened to, so it was a great excitement to have them play the full “Pure” album live. However, we also haven’t heard any songs or CD’s of the band in years, so we were not ready for the ‘culture shock’ we experienced. Having not listened to a band in over 10 years really caught us by surprise and made us wonder how much our musical taste has evolved over the years. While we recall playing this album and “Streetcleaner” non-stop, we couldn’t really get into them playing it live. G.C. Green and Justin Broadrick nailed the songs but it just didn’t feel right. We don’t like bands playing live with everything else programmed and just two dudes on the stage and a MacBook, and Godflesh felt very much this way. Last time we saw them was years ago, and at the time we went totally insane… but not this time. It was quite a weird experience for us, but at least we got to see them in their ‘prime’ and enjoy this nostalgic show as well. It will probably not happen again that they play “Pure” entirely, so it was a good experience, but a very odd one too. 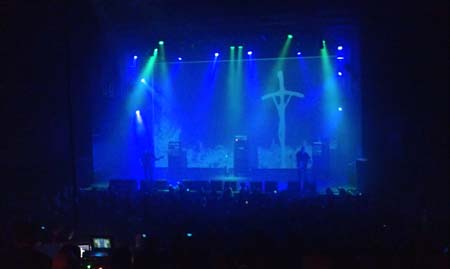 After the odd Godflesh experience, we made our way to the bus stop next to the train station completely drained of energy and fully satisfied from an excellent day of killer bands and a great atmosphere. With the regular portion of the festival over, we only had the famed Afterburner to look forward to on the next day. We have loved every minute of the Roadburn experience so it was a bit bittersweet to know that less people will be there and that the Het Patronaat venue will also be closed, making for bigger crowds (probably) at the Main Stage and Green Room the next day.