Making the ‘short’ two-hour drive for one of the highly unusual Metal shows in Montana was a complete no-brainer since the always fun Korpiklaani was going to be in Billings, MT, with Moonsorrow, Týr, and Metsatöll. With the doors opening at 5 pm (wtf!), we managed to get out of work early and drive at a leisurely (and legal) speed to get to Billings in time.

Opening the evening we have Metsatöll all the way from Estonia. While we previously not heard of this band, judging by their simple stage set-up we actually did not expect much. Thankfully, we were blown away by their super catchy music and very solid instrumentation, courtesy of the mysterious Varulven. Packing a lot of punch for a four-piece band, Metsatöll served its purpose as a very entertaining opener for their 30-minute set. 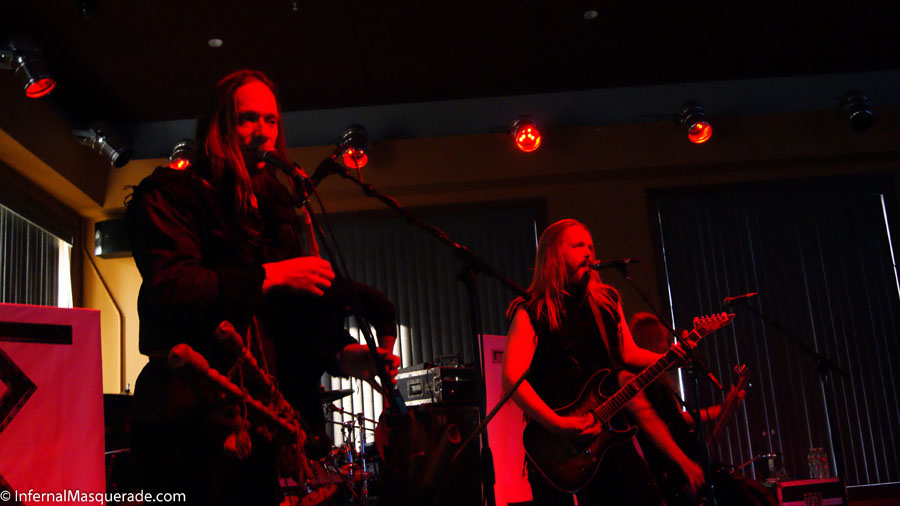 Immediately following up we have Týr and their excellent guitar-driven Progressive Viking/Folk Metal. We have seen the band more than a couple of times in the past and they always deliver a solid set. With terrible technical difficulties the last time we saw them, we wanted them to redeem themselves with a strong showing. Having dropped the battle armor since last year (or so), the band focuses more on delivering their intricate songs with perfection in the live setting. With all band members highly engaged and a crystal-clear sound, they demolished the place with plenty of songs from their latest release “The Lay of Thrym”. By the time the band played “Hold the Heathen Hammer High” the place was full of energy with people headbanging and singing along. 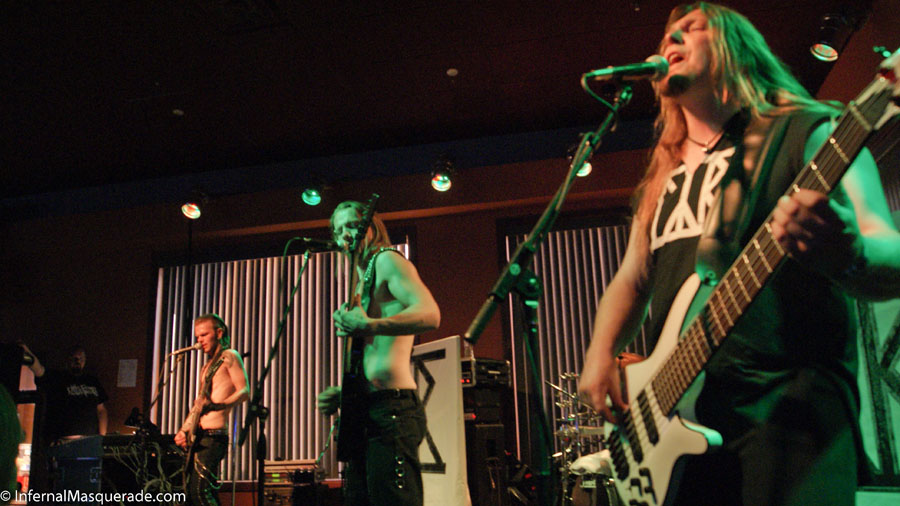 After a very effective and compact set, Týr left and allowed Moonsorrow to do a small sound check. Having seen Moonsorrow before, we had high-expectations that were easily met once the first few songs rolled it. Playing a bit more their role and having a more commanding stage presence than Týr and Metsatöll, their melodic aggression was immediately felt with their crushing guitars and solid drumming. The keyboards play a big role in the band’s music and it is very good to see them live in a time when bands are using samples instead of ‘spending money’ on an extra member. Ripping through tracks from their extensive discography, the band did a great job in keeping people headbanging and even a few circle-pits broke out during some of their heavier stuff. Clocking around 50 minutes of music or so, we again have to say that Moonsorrow did an excellent job in bringing their awesome music to life and keeping the crowd well entertained. 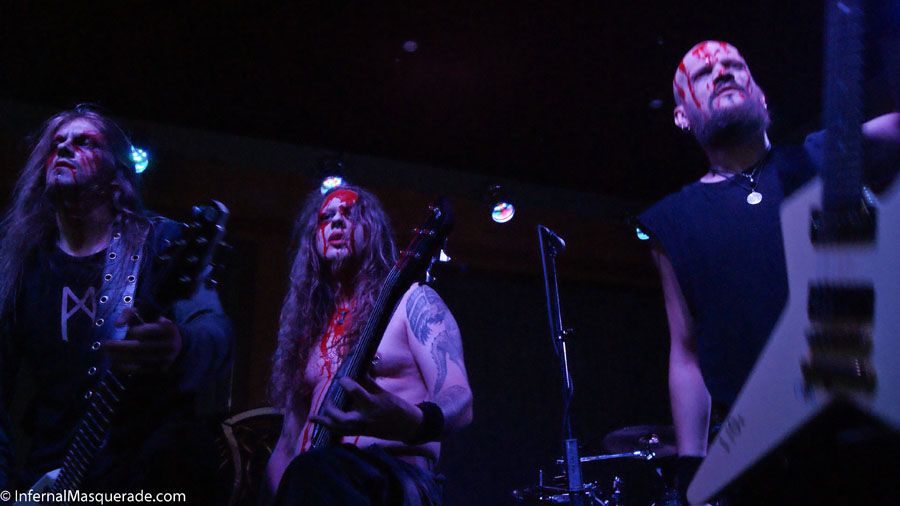 Finally the time for Korpiklaani is here and we are psyched about seeing them live again. They gave a somewhat brief set at Hellfest 2011 and we really wanted to see them play for longer. In this opportunity, the band unleashed over 70 minutes of their extremely fun Folk Metal. Being legendary drinkers (for being Finish) and Korpiklaani, the band warmed up with a few songs of their just-released “Manala”, only to finally arrive to their super traditional ‘drinking songs’. With the band’s front-man Jonne Järvelä finger accident, he was forced to not be able to play guitars, something that was probably better since you couldn’t notice his absence too much thanks to his ridiculously high energy on stage. We got tired from seeing him running around the stage and the whole venue at some point!, he had that much energy, not to mention that it was nearly impossible to get good pictures of him thanks to his constant movement. When the band was doing their super famous song “Vodka”, Jonne jumped down the stage and got a fan to buy him a vodka shot while we paraded our the bar of the place (look at the pictures), making this a very entertaining evening for everybody. Nearing 10:30 the band finalized their set and everybody was spent after dancing their evening away… yeah dancing… we saw some disturbing shit that some people call dancing while the band was playing. 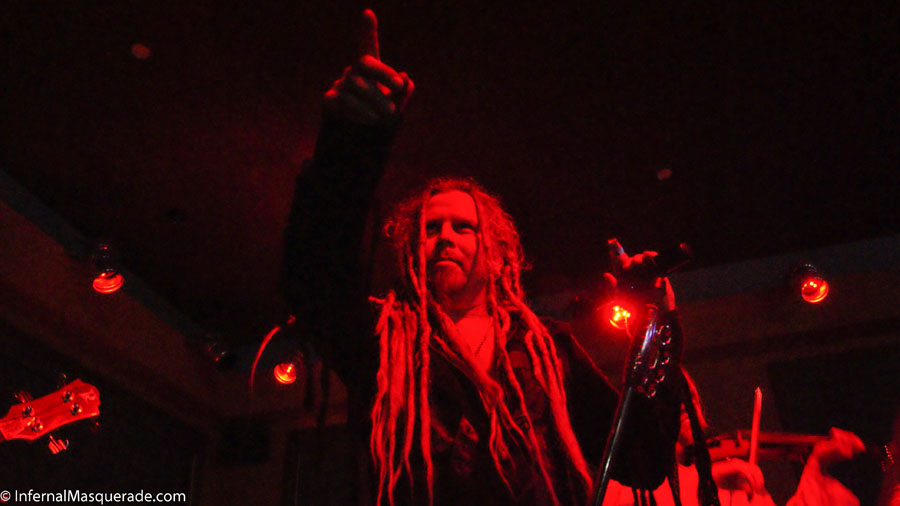 Overall, it was excellent to see that Montana has more than 10 metal heads and that they actually go to shows. The turnout could have been a lot better, but for a Wednesday night it was pretty solid in our opinion. All bands gave very solid performances and the whole package was totally worth watching live. Now go and checkout our pictures about this magical night!