Celebrating the 20th anniversary of their historic “Demanufacture” album, Fear Factory returns to the Bay Area with a killer touring line-up featuring Soilwork, Spades and Blades  and Omnikage. Braving the Tuesday after work traffic, we made our way up to San Francisco for this killer show.

Opening the night we had Omnikage(https://www.facebook.com/OmniKage-222661956929/) and their catchy mainstream Metal music. While not huge fans of their style, we managed to listen to a couple of songs and see that the band already begins to have a good USA following with some people headbanging  at all times.

Next up we had Metalcore outfit Spades and Blades delivering a very intense set that had plenty of people in the crowd going totally crazy. 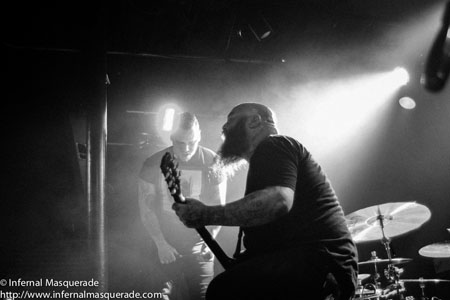 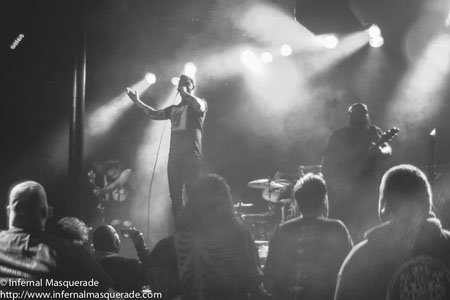 As the band pummeled through their set, their on-stage energy was pretty solid and the crowd seemed to respond by cheering them on.

Sweden’s legendary Soilwork started their set on quite a high note with one of our personal favorite “The Ride Majestic”. Being constantly on tour has allowed the band to have a very tight and engaging live performance. 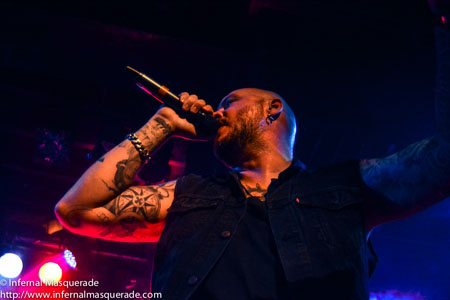 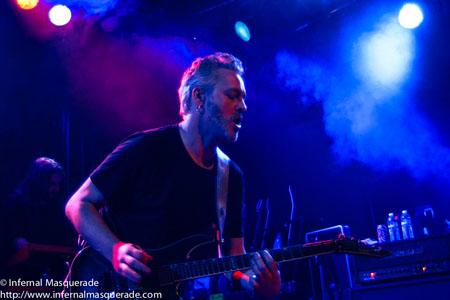 Björn Strid is a very engaging front-man and at the same time always delivers a very consistent and professional performance. The band’s guitarists are great showmen and deliver their killer leads with gusto and intensity. A special moment was to see Chuck Billy take the stage and sing in of the band’s songs.

The Ride Majestic
Nerve
The Chainheart Machine
The Crestfallen
Follow the Hollow
The Living Infinite I
Whirl of Pain
Bastard Chain
Let This River Flow
Late for the Kill, Early for the Slaughter
Stabbing the Drama

Remembering “Demanufacture” come out back in 1995 made us realize that we are quite old, but equally psyched to see the album played live. With the crowd consisting of mostly older Metal people (like us), it was quite surprising to see some very young people hanging to every song of the album.

Longstanding members Burton C. Bell and Dino Cazares are solid performers and delivered a very powerful and imposing performance. With Tony Campos on bass guitar, the band sounded awesome and very powerful for a 4 piece outfit. 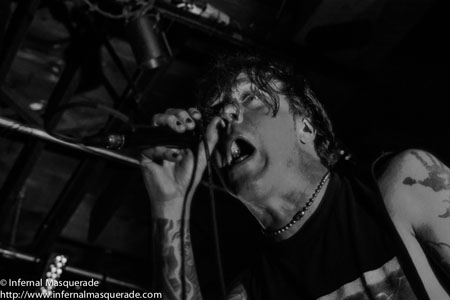 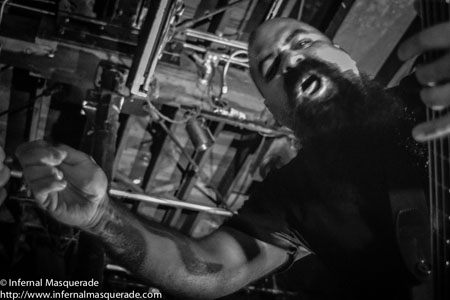 Quite impressed with the show we want to thank the people at Slim’s and Nuclear Blast for making attending and covering this show possible.